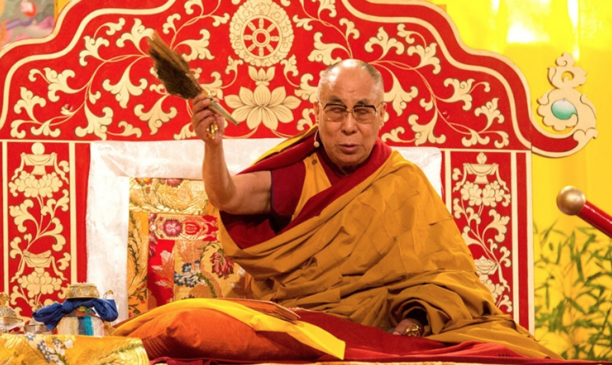 Beijing has urged the Dalai Lama to respect Buddhist tradition on reincarnation following his statement to a German newspaper that he may be the last of his line. From Reuters’ Ben Blanchard:

The Dalai Lama, 79, has stated previously that he will not be reborn in China if Tibet is not free and that no one, including China, has the right to choose his successor “for political ends”. China has previously warned the Dalai Lama he has no right to abandon the tradition of reincarnation.

[… Foreign Ministry spokeswoman Hua Chunying said] “The title of Dalai Lama is conferred by the central government, which has hundreds of years of history. The (present) 14th Dalai Lama has ulterior motives, and is seeking to distort and negate history, which is damaging to the normal order of Tibetan Buddhism.”

In 1995, after the Dalai Lama named a boy in Tibet as the reincarnation of the previous Panchen Lama, the second highest figure in Tibetan Buddhism, China put that boy under house arrest and installed another in his place. [Source]

Al Jazeera America’s Massoud Hayoun reports that the threatened deincarnation may be an effort to reopen negotiations.

Although Beijing has called the religious leader and political figure a “wolf in monk’s clothing,” Tibet scholars say the Chinese government recognizes the Dalai Lama’s enduring authority among the nation’s restive Tibetan population.

[…] “The Chinese have a real chance of winning over the Tibetan population if they allow the Dalai Lama to come back and treat him well, and he acknowledges them for doing that,” [Columbia University’s Robert] Barnett said. “This remains the main bargaining chip for the Dalai Lama — it’s hard for the Chinese to see a way forward without him, but it’s difficult to see a way with him.”

[…] Barnett said it is a Tibetan tradition for a Dalai Lama to express doubts about his reincarnation, out of “humility.” But in this case, “it’s a way of signaling to the Chinese, ‘This is a bargaining chip — negotiate with me before I die.’” [Source]