China’s Fracking Boom and the Fate of the Planet 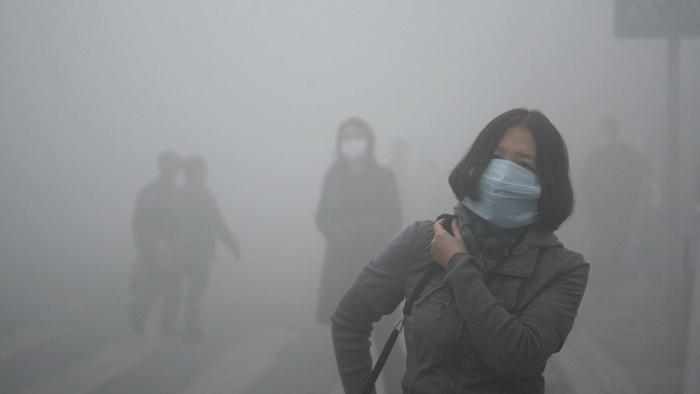 Two in-depth reports in U.S. magazines this week look at the environmental consequences of China’s dependence on coal, and the various efforts underway to mitigate environmental degradation. For Rolling Stone, Jeff Goodell travels with Secretary of State John Kerry to Beijing for meetings with Chinese officials on reducing carbon emissions and other environmental issues. His report examines the efforts being taken within China and on the international stage to reverse climate change:

The blunt truth is that what China decides to do in the next decade will likely determine whether or not mankind can halt – or at least ameliorate – global warming. The view among a number of prominent climate scientists is that if China’s emissions peak around 2025, we may – just barely – have a shot at stabilizing the climate before all hell breaks loose. But the Chinese have resisted international pressure to curb their emissions. For years, they have used the argument that they are poor, the West is rich, and that the high levels of carbon in the atmosphere were caused by America’s and Europe’s 200-year-long fossil­fuel binge. Climate change is your problem, they argued – you deal with it. But that logic doesn’t hold anymore. China is set to become the largest economy in the world this year, and in 2006, it passed the U.S. as the planet’s largest carbon polluter. China now dumps 10 billion tons of CO2 into the atmosphere every year. That number is expected to grow to 15 billion tons by 2030, dwarfing the pollution of the rest of the world. If that happens, then the chances that the world will cut carbon pollution quickly enough to avert dangerous climate change is, according to Kevin Anderson, deputy director of the Tyndall Centre for Climate Change Research in the U.K., “virtually zero.”

John Kerry knows this. He also knows that when the nations of the world gather in Paris next December to try to hammer out a global climate agreement, it may be the last best chance to address this problem before the Years of Living Dangerously begin. Like other climate negotiations held under the banner of the United Nations Framework Convention on Climate Change, the Paris meeting is likely to be warped by 25-year-old grudges and a profound sense of distrust. “But right now, Paris is the only game we have,” one member of the State Department’s climate team told me. “If it fails, there is no Plan B.”

[…] The problem for China, in a word, is coal: About 70 percent of the country’s electrical power comes from burning dirty rocks. The Chinese consumed nearly 4 billion tons in 2012, almost as much as the rest of the world combined. Like the oil industry in the U.S., the coal industry has enormous sway in China, making it all the more difficult to kick the habit. But as the rising power of the 21st century, China is under enormous political pressure to behave responsibly, lest it be seen as a pariah like Russia. “The choices that Chinese leaders make in the next decade will be absolutely pivotal to solving the climate crisis,” says former Vice President Al Gore. And for China’s economic and social stability, the consequences couldn’t be higher. “Politically, it’s very difficult to be fingered as the one most responsible for a looming catastrophe,” Gore continues. Or, as Harvard’s Stavins says, “If it’s your century, you don’t obstruct – you lead.” [Source]

One of the potential alternatives to coal discussed in Goodell’s article is shale gas, which is extracted through a controversial process called fracking. China has the biggest shale gas reserves in the world, but has not yet developed the technology and expertise to exploit this resource. For Mother Jones and Climate Desk, James West and Jaeah Lee have produced a multimedia report on the development of fracking in China and the environmental risks involved:

China’s push to wean itself from coal has also triggered a rush to develop alternative power sources. The natural gas that lies deep within its shale formations is now a top contender. By current estimates from the US Energy Information Administration, China’s shale gas resources are the largest in the world, 1.7 times those in the United States. So far, fewer than 200 wells have been drilled, but another 800 are expected by next year. By then, China aims to pump 230 billion cubic feet of natural gas annually from underground shale—enough to power every home in Chicago for two years. By 2020, the country expects to produce as much as 4.6 times that amount. It’s moving at “Chinese speed,” as one energy investment adviser put it—the United States took roughly twice as long to reach that volume.

Yet just as fracking technology has crossed over from the fields of Pennsylvania and Texas to the mountains of Sichuan, so have the questions about its risks and consequences. If fracking regulations in the United States are too weak, then in China the rules are practically nonexistent. Tian Qinghua, an environmental researcher at the Sichuan Academy of Environmental Sciences, fears that fracking operations in China will repeat a pattern he’s seen before. “There’s a phenomenon of ‘pollute first, clean up later,'” he says. “History is repeating itself.”

[…] China’s early fracking operations face many risks, but the incentives to keep drilling are too good to pass up. Based on early sampling, Bloomberg New Energy Finance’s Liebreich estimates that China is currently extracting shale gas at roughly twice the cost of the United States. Analysts expect those costs to fall as China gains experience, but even at current levels, shale gas production has been up to 40 percent cheaper—and geopolitically more desirable—than importing gas. As China’s demand for natural gas continues to grow—between 2012 and 2013 it grew at 15 times the rate of the rest of the world’s—domestic reserves will become increasingly important, says Liebreich: If China can continue to extract shale gas at the current cost, that “would be a game-changer.” The “golden age” of natural gas that took root in North America, the International Energy Agency declared in June, is now spreading to China.

All that growth comes with a steep learning curve. Fracking requires highly trained engineers who use specialized equipment to mix vast quantities of water with chemicals and sand and shoot it into the ground at high pressures, cracking the dense shale bed and releasing a mix of gas, water, and other sediments to the surface. That’s why service companies like Schlumberger and Halliburton have much to gain: China needs technology and know-how—and is willing to pay handsomely. “Selling the picks and shovels for the gold rush would be the analogy,” Liebreich says. [Source]

For more on the topic of climate change and China, read this ChinaFile conversation. Read more about fracking, coal and climate change in China, via CDT.