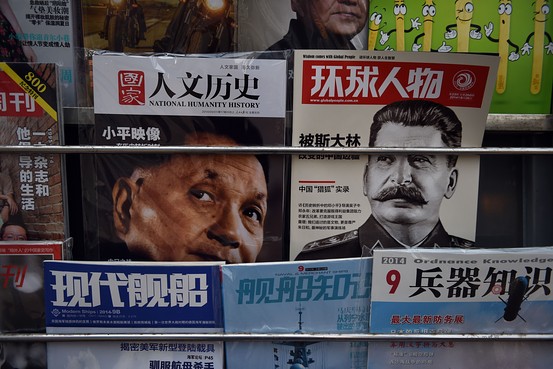 Xinhua reports that journalists and editors from the Guangdong-based 21st Century Media Company have been detained by police along with members of two PR firms as part of an extortion probe:

The [eight] suspects are from news website 21cbh.com, a PR firm based in Shanghai and another based in the southern metropolis of Shenzhen, the Shanghai Municipal Public Security Office told Xinhua on Thursday.

The list of victims covers many listed companies or famous enterprises from Beijing, Shanghai and Guangdong that are planning to go public, restructuring or making a business transition.

Having identified these companies as particularly susceptible to media coverage, the suspects targeted them in the name of news reporting. After the companies handed over “huge payments,” 21cbh.com released positive stories with exaggerated content about them, according to the office.

The website journalists are also suspected of helping to rebut or conceal negative news reports on companies that paid up. […] [Source]

The New York Times describes the 21st Century Business Herald, the media company’s flagship publication, and outlines the media’s role as a target in the Xi administration’s ongoing crackdown on corruption:

The 21st Century Business Herald was founded in 2001 as part of the Guangzhou-based Southern Media Group, which has built a reputation for pursuing aggressive journalism within the confines of China’s censorship system. It has a circulation of about 750,000 and started its affiliated website, 21cbh.com, in 2008.

Corruption in the Chinese news media, including subjects paying for puff pieces and reporters shaking down companies, has been a long-term problem. Journalists’ salaries tend to be low, and many companies are willing to offer bribes to ensure positive coverage.

[…] The field has not escaped the scrutiny of the widespread anticorruption campaign begun by President Xi Jinping. In March, the Communist Party’s Propaganda Department called for a crackdown on fraudulent media practices, including the publication of false news. The campaign also targeted con artists who pose as reporters to extort companies and local governments. [Source]

More from the Wall Street Journal on how Xi’s anti-corruption campaign has so far affected China’s tightly controlled news media:

The investigation marks the latest instance of Chinese police targeting the behavior of the nation’s journalists. Last year, a newspaper journalist in the southern city of Changsha was arrested on defamation charges over reports about Chinese heavy-equipment maker Zoomlion Heavy Industry Science & Technology Co. The journalist, Chen Yongzhou, delivered a televised confession saying he took bribes to publish submitted articles.

In July, Alibaba Group Holding Ltd. said it reported to police what it called an “organized extortion” attempted by media that it didn’t identify involving a negative research report.

The airing of the allegations against the news website on state-run CCTV appeared to send a signal to Chinese journalists that an anticorruption campaign championed by President Xi Jinping is reaching into the media and public-relations industries. Mr. Xi has promised that his anticorruption drive would target malfeasance at every level of society. [Source]