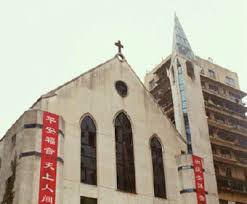 The son of Y.T. Wu, the founder of the Three-Self Patriotic Association, China’s state-sanctioned Protestant church, is attempting to rehabilitate his father’s reputation among the country’s Christians. William Wan reports for the Washington Post:

To this day, the vast rift caused by Wu’s organization defines China’s churches. Among the booming unregistered churches, he is vilified. Some worshipers call him a Judas who delivered China’s Christian community into the hands of the Communist government and abetted the persecution of hundreds of thousands of Christians.

Yet in government-sanctioned congregations, Wu is revered for creating the Three-Self Patriotic Movement in charge of all Protestant churches.

Since Wu’s death in 1979, these dueling legacies have haunted his son, Wu Zongsu. Now 84 and in the twilight of his life, the son is spending his final years and a small fortune trying to piece together a more nuanced portrait of his father.

The key to that, however, lies in a 40-volume collection of diaries that the younger Wu says he lent to the Communist Party days after his father’s death and has been unable to recover. [Source]