China Not Ruling Out Tibet Visit by U.N. Rights Chief 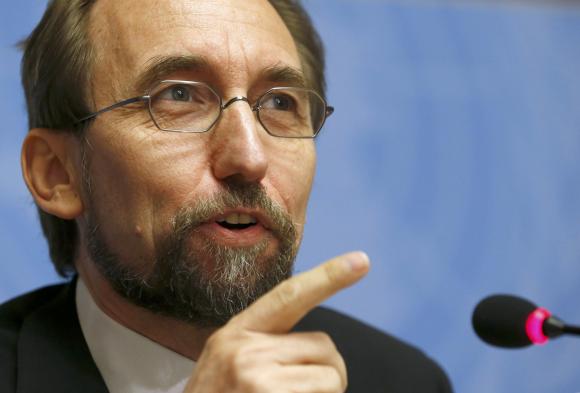 Earlier this month, newly installed United Nations High Commissioner for Human Rights Zeid Ra’ad al Hussein mentioned his desire to take a trip to Tibet, and that discussions with Chinese leaders about such a trip were underway. The High Commissioner also hinted that, were he granted permission to visit western China, a stop in Xinjiang could also be on the itinerary.  China’s Foreign Ministry has said that such a visit might be allowed. Reuters’ Megha Rajagopalan reports:

China has not ruled out a visit by the United Nations human rights chief to its unrest-plagued regions of Tibet and Xinjiang, but said on Thursday he must apply through “appropriate channels”.

[…] “China hopes to develop cooperation with the U.N. High Commissioner for Human Rights and his office on a foundation of equality and mutual respect,” Foreign Ministry spokeswoman Hua Chunying told a daily briefing on Thursday.

China strongly rejects the criticism, saying it ended slavery in Tibet when it “peacefully liberated” the region in 1950 and ushered in economic development. [Source]

Since 2009, more than 120 Tibetans have self-immolated in protest of government polices in Tibetan regions of China. If Zeid Ra’ad al Hussein is granted permission for a China visit, he will be the second U.N. High Commissioner ever to visit China, and the first since 1998.

Early this month, the Dalai Lama mentioned that an informal dialogue regarding his own trip to China was underway, leading some to speculate that Beijing’s staunch anti-Dalai Lama stance was softening; Beijing quickly dismissed such a possibility.

For more recent news on Tibet, see a Washington Post report on how an ongoing security crackdown is stemming Tibetan refugee crossings into India; a Tibet Watch report on how an increasing number of Chinese tourists to Tibet tend to “culturally clash” with the local population; or a Global Voices post on a musical collaboration between Beijing-based Tibetan blogger Woeser and exiled Tibetan musician Techung that “reaches across borders while calling attention to them.”