Dalai Lama in Discussions Over Pilgrimage to China 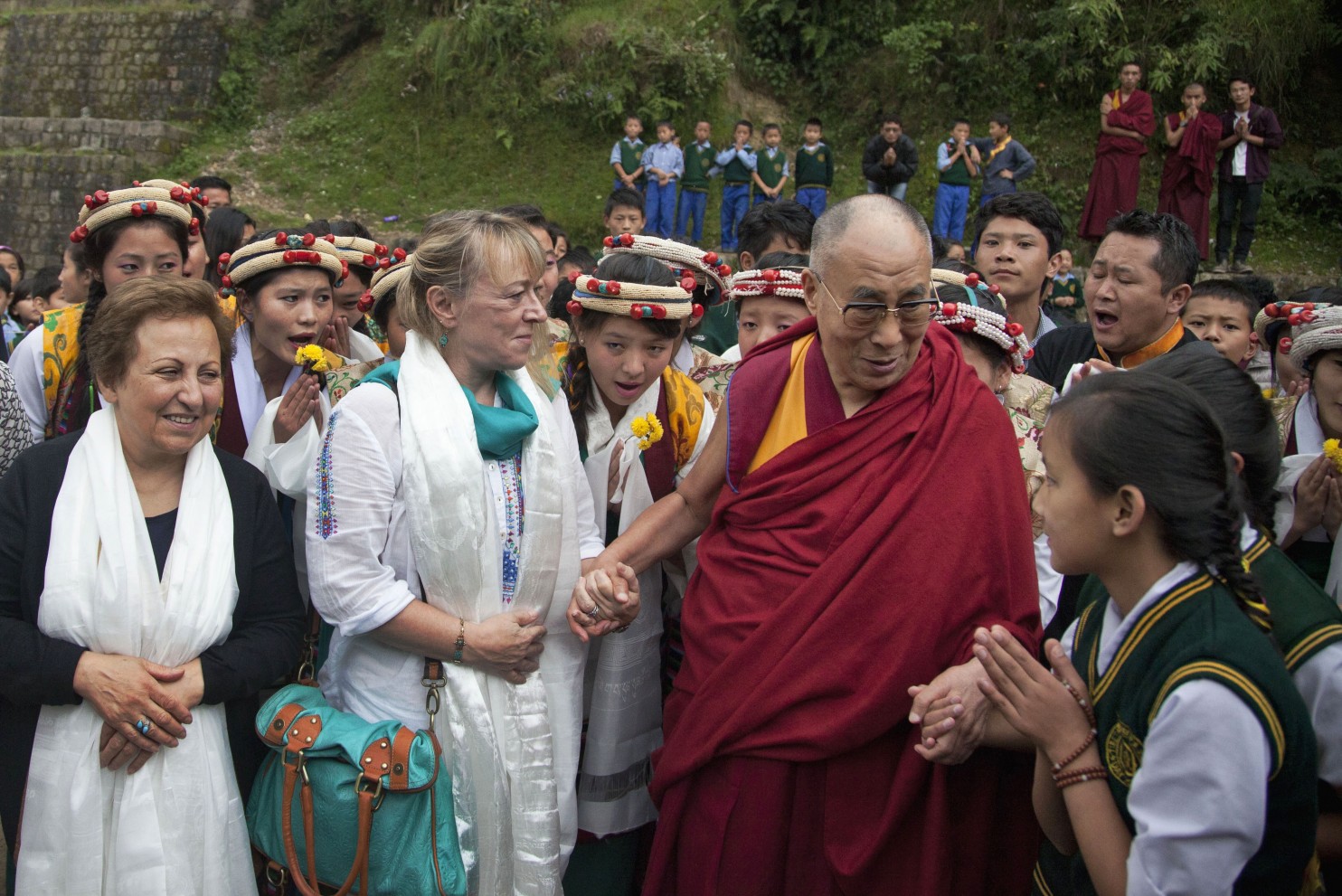 Following the 14th Dalai Lama’s recent comment that President Xi Jinping is “more realistic [and] more open-minded” than his predecessor Hu Jintao, the Tibetan spiritual leader has indicated that informal discussions about a pilgrimage to China are underway. From the New York Times:

The Dalai Lama, the Tibetan spiritual leader, indicated on Thursday that he had had discussions with Beijing about making a pilgrimage to Wutai Shan mountain in northern China’s Shanxi Province, in what would be his first visit to the region since he went into exile in 1959.

In an interview with Agence France-Presse in Dharamsala, the Indian town that is now headquarters to Tibet’s exile government, the Dalai Lama said, “It’s not finalized, not yet, but the idea is there.” He said the conversations were taking place “not formally or seriously, but informally.” Wutai Shan is home to many monasteries, and is particularly sacred to Tibetan Buddhists.

“This is my desire, and some of my friends, they are also showing their genuine interest or concern,” he said. “Recently, some Chinese officials, for example the deputy party secretary in the autonomous region of Tibet, he also mentioned the possibility of my visit as a pilgrimage to that sacred place.”

If Chinese authorities allow the Dalai Lama to visit Chinese territory, it will be seen as an important step toward serious talks between the two sides about resolving their long-running conflict, and toward potentially making it possible for the Dalai Lama to return to Tibet, said Robert Barnett, a Tibet specialist at Columbia University. [Source]

Despite this indication of progress in a long stalemated dialogue, tensions between the Dalai Lama and Beijing have recently been on display. Early last month, the 79-year-old Tibetan spiritual leader remarked that he could be the last incarnation of the Dalai Lama, a move interpreted by Barnett as an indication of his desire to keep the role of the Dalai Lama apolitical after his death. Also this week, the mayor of Cape Town, South Africa “suspended” a planned Nobel Peace Prize summit after many fellow Nobel laureates protested the country’s decision to refuse the Dalai Lama an entry visa—allegedly for fear that it would disrupt China-South Africa relations. Amid these mixed signals, a report from the Washington Post asks if tensions between Beijing and the Dalai Lama can truly be seen as improving:

Despite the recent tensions, speculation about improved relations between China and the Dalai Lama have been fueled by remarks from a Chinese Communist Party deputy secretary who said discussions on the spiritual leader’s return to his homeland were underway. In September, a popular Chinese Web site briefly displayed an article that said that the Dalai Lama might return for a visit to a Buddhist shrine and to meet party leaders.

The Dalai Lama also contributed to the media hubbub, praising Xi as more “realistic” and “open-minded” than his predecessors while Xi was on a high-profile trip to India in September. On Thursday, the Dalai Lama again praised Xi for having “courageously tackled” the problem of government corruption. But he voiced concern over China’s imprisonment of dissidents.

[…] Some Tibet experts have scoffed at reports about an improvement in the relationship between China and the Dalai Lama, noting that China’s strategy has long been to wait until the Dalai Lama dies to resolve the Tibet issue — as well as that of the holy man’s successor. The Dalai Lama has said that his successor should be chosen by the Tibetan people, a desire which, if not honored by the Chinese government, could result in widespread unrest. [Source]