Thailand Searching for Scores of Uyghurs Who Fled China 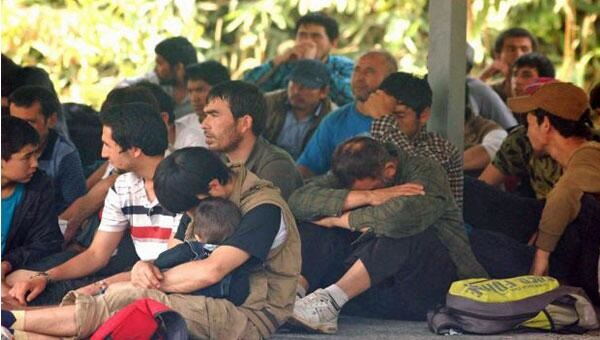 At the New York Times, Edward Wong reports that Thai authorities are on a search for 120 Uyghur refugees who escaped from a shelter there earlier this month:

The Thai authorities said Tuesday that they were searching for about 120 ethnic Uighurs who fled China and were detained in southern Thailand by the police earlier this year but escaped this month from a shelter there.

The escapees, almost all women and children, left the shelter in several separate groups this month; 21 have been found, leaving an additional 120 or so at large, said Maj. Gen. Puthishart Aekkashal, deputy police chief of a region in Songkhla Province, where the migrants were initially detained in March. At the time, the authorities took into custody 198 Uighurs who had entered Thailand voluntarily, the officer said.

“We’re not controlling them,” he said. “Sometimes they just walk out of the shelter. And when they are returned there, they try to walk out again.”

[…] The Uighurs who have been detained in Thailand claim they are Turks and should not be sent back to China. Chinese diplomats have been visiting the detainees and trying to persuade them to return to China, but the Uighurs have continued to insist they are Turks and to ask to be sent to Turkey or Malaysia, the deputy police chief said. [Source]

Earlier this year, about 200 Uyghur refugees claiming to be Turks were rescued by police from a human trafficking camp in southern Thailand. For more on the situation facing Uyghurs in Xinjiang amid an ongoing terror crackdown in the region, see prior CDT coverage.