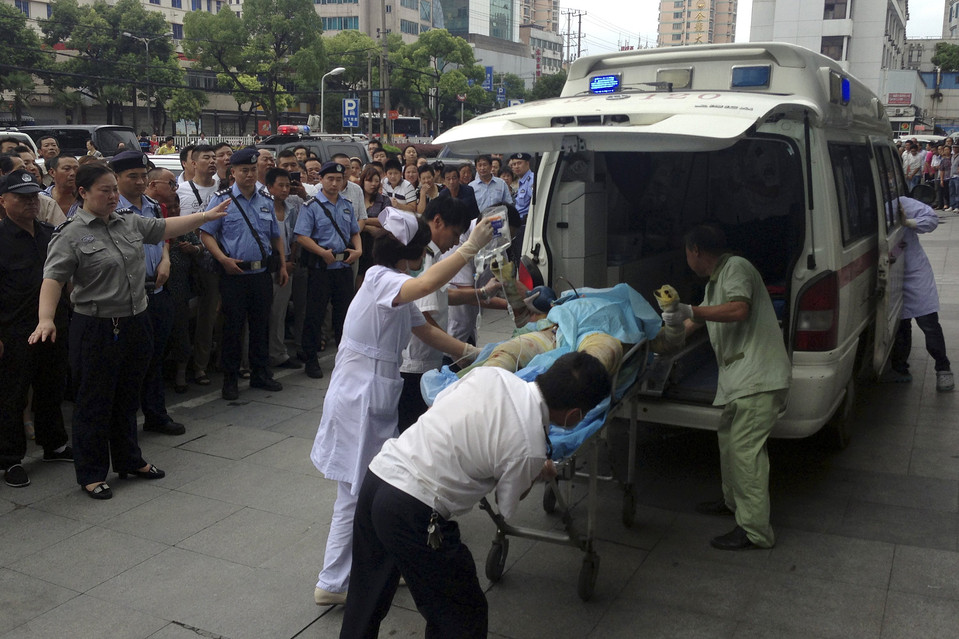 The official death toll for the deadly August explosion at a Jiangsu factory has nearly doubled the original figure of 75, and many company and political leaders are now facing punishment. Rose Yu reports for the Wall Street Journal:

Chinese authorities on Tuesday said an August explosion at a factory that supplied auto parts for General Motors Co. and other car makers killed at least 146 people, nearly double the initial death toll.

The Chinese government also said late Tuesday that it would prosecute three senior executives of Kunshan Zhongrong Metal Production Co., the company that owned the factory in the eastern industrial city of Kunshan where the explosion occurred, as well as 15 Kunshan government officials. The statement added that Guan Aiguo, the city’s top Communist party leader, and Lu Jun, the mayor of Kunshan, were ousted from their jobs over the matter.

[…] The company was known for high levels of dust, according to its workers. “It was like a sauna room, and dust everywhere from the ground to the air. Nobody told us how to deal with the hazards of dust,” Li Xiang, 24 years old, told The Wall Street Journal in August. He was a polishing worker at Zhongrong in 2013. [Source]

Dust combustion and particle inhalation is a major cause death and injury in China-based factories holding contracts with international firms. For more on labor conditions in China, see prior CDT coverage.