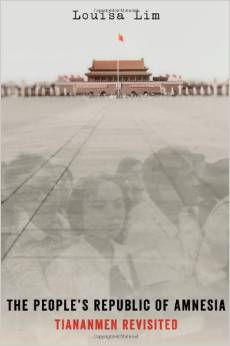 Young China Watchers (YCW): You have been a journalist in China for the past decade, how has the working environment for foreign media in China changed?

Louisa Lim (LL): Recently there has been a rapid deterioration of the work environment for foreign media and their sources, who are increasingly being obstructed, harassed and worse. […] A Foreign Correspondents Club of China survey in May 2014 found that 99% of respondents said reporting conditions in China did not meet international standards and 80% felt conditions had worsened, while half reported that their assistants had been harassed or intimidated. This year, before June 4th, foreign journalists were summoned by the authorities to receive warnings not to report on the anniversary. We are also seeing increasing numbers of cases of harassment and intimidation of news assistants. We are also seeing increasing numbers of cases where visas are denied. So unfortunately despite positive changes on paper, in reality the situation is worsening.

YCW: As a long time China watcher, what kind of advice do you have for young journalists working in China, be it foreign or domestic. What else should they be equipped with beyond Chinese language?

LL: I would advise young journalists to look beyond the major cities. China looks very different when viewed from rural areas or small country towns, instead of from the urban centres where most journalists are based. […] [Source]