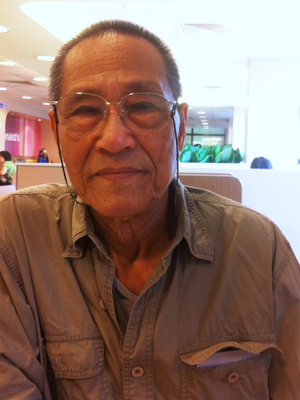 For McClatchy, Stuart Leavenworth profiles Bao Tong, former aide to Zhao Ziyang who was imprisoned after the 1989 military crackdown on protesters, and his son Bao Pu, who runs a publishing house in Hong Kong:

In early 1989, Bao Tong was the ultimate Beijing insider, serving as policy secretary to Zhao Ziyang, general secretary of the Communist Party. Zhao and Bao wanted the party to go easy on the Tiananmen protesters, but Deng Xiaoping, the nation’s de facto ruler, disagreed. Deng purged the two and the government ordered troops to clear Tiananmen Square. Beijing then orchestrated a show trial for Bao, accusing him of alerting protesters to the government’s plan to implement martial law. Bao spent seven years behind bars, mostly in Beijing’s notorious Qincheng prison, until his release in 1996.

Since then, Chinese authorities have largely confined Bao to his house, making sure he leaves Beijing during “sensitive periods,” such as last year’s 25th anniversary of the June 4 Tiananmen Square crackdown.

Yet Bao and his family haven’t been completely stifled. Bao Tong writes regular commentaries for Radio Free Asia, a U.S.-funded news operation, that are stridently critical of the party’s policies. His son, Bao Pu, runs a Hong Kong publishing house that specializes in books banned on the mainland, such as memoirs of former party leaders and exposés of the party’s misdeeds. It puts him at risk of arrest when he travels to the mainland to visit his family, perhaps once or twice a year.

“With anything in life there is a risk,” the younger Bao said during an interview at a Hong Kong café. “Am I the guy they are going to put in jail for 10 years? That is the risk I have to take.” [Source]

Read more by and about Bao Tong via CDT, including an interview by Ian Johnson published by the New York Review of Books.