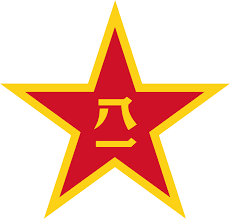 On the eve of the annual National People’s Congress session in Beijing, Xi Jinping’s anti-corruption crackdown is intensifying with an announcement from the People’s Liberation Army that 14 generals are being investigated for corruption. Dan Levin at the New York Times reports:

Published on the official website of the People’s Liberation Army three days before China’s rubber-stamp legislature convenes for its annual meeting in Beijing, the list identifies a host of leading officers, the majority of whom are in the political and logistics departments of the military, navy, missile corps and other branches.

The investigators’ focus on the military bureaucracy highlights two distinct types of corruption that the Communist Party believes undermine military readiness, experts say: bribery in political departments relating to the sale of positions; and embezzlement within logistics departments, which handle large amounts of money as well as contracts.

Among those being investigated is Rear Adm. Guo Zhenggang, the son of Guo Boxiong, the retired vice chairman of the powerful Central Military Commission, which oversees the 2.3 million members of China’s armed forces, the world’s largest.

Admiral Guo, 45, the deputy political commissar of military command in the coastal province of Zhejiang, was put under investigation last month, suspected of “serious legal violations and criminal offenses,” a common official euphemism for corruption. [Source]

Serving and retired military officers have said graft in the armed forces is so pervasive it could undermine China’s ability to wage war. In one case, a senior officer has been accused of making millions of dollars from selling hundreds of military positions.

The government announced an investigation into Guo’s son, Guo Zhenggang, a deputy political commissar of the military in the eastern province of Zhejiang, on Monday. He had just been promoted to a major general in January.

“Guo Boxiong himself is in trouble and is being investigated,” a source with ties to the military told Reuters, speaking on condition of anonymity. “The announcement about his son was a message” to the public about the father’s probe, the source added, without elaborating.

A second source with ties to the military confirmed that Guo was being investigated, but provided no other details. [Source]

As more “tigers” are ensnared in Xi Jinping’s anti-corruption crackdown, critics allege that Xi is targeting political foes, not attempting to root out systematic corruption as a whole. From Jeremy Page at the Wall Street Journal:

Mr. Xi’s boosters argue that he is finally ridding the party of cliques that are technically banned and have long caused infighting, graft and scandals.

The skeptics’ view is that Mr. Xi, who took power in 2012, is disrupting the informal mechanisms through which China’s diverse interest groups influence policy and prevent authoritarian excess.

Some political analysts and foreign diplomats say Mr. Xi is himself engaging in factionalism, by filling top posts with his allies. Ultimately, they say, Mr. Xi is trying to stack the deck for a leadership change in 2017, when five of the seven-man Politburo Standing Committee, the apex decision-making body, are expected to retire, adhering to unofficial age limits. [Source]

A top official publicly defended Xi’s anti-corruption crusade against charges that it was really just a political struggle in disguise, as Cary Huang reports for the South China Morning Post:

Zhao Hongzhu, a member of the Central Committee’s Secretariat, the party’s nerve centre, said Xi, who is also the organisation’s general secretary, launched the anti-graft campaign “with an extremely strong sense of responsibility and a spirit of deep commitment to the party, state, people and history”.

“Some people at home and abroad with ulterior motives were making noises that the anti-corruption drive would be short-lived, would lead to inaction by officials, would affect economic development and was a tool for power struggles,” Zhao wrote in party mouthpiece People’s Daily on Monday. [Source]