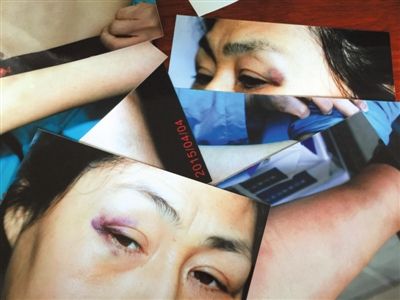 A group of Chinese lawyers released the following statement in response to the alleged assault of Beijing-based lawyer Cui Hui by court officials and police officers in the Chinese capital. From Siweiluozi’s Blog:

On 2 April 2015, lawyer Cui Hui from Beijing’s Hengqing Law Firm went to the Tongzhou District Court in Beijing, where she was physically assaulted twice by Yang Yu and Lai Xiulin, both of the court’s enforcement division, and a court police officer. The assault left her with minor injuries, including contusions on both eyes, bruises on her face, and multiple soft-tissue injuries on her limbs. Lawyer Cui is understood to have previously reported unlawful behavior by judges in the Tongzhou Court’s enforcement division to the Tongzhou District Procuratorate in connection with a case she was handling. This angered the judges, who found many ways of making things difficult for Cui, including this recent violent assault against her inside the court.

As legal professionals, we are concerned about our colleague, Lawyer Cui Hui, and are extremely shocked and angered by the hideous acts committed by judges and court police at the Tongzhou District Court. [Source]

The lawyers along with Chinese Human Rights Defenders (CHRD) have called on Chinese government authorities to launch an independent investigation into the case. From CHRD:

CHRD joins more than 300 lawyers in China in calling for an independent investigation into the alleged violence against lawyer Cui Hui (崔慧), and for the perpetrators to be held legally accountable. Judges and bailiffs at a Beijing courthouse attacked Cui on April 2. The physical assault on Cui, a 51-year-old female attorney at the Beijing Hengqing law firm, follows a pattern of increased violence against Chinese human rights attorneys while they conduct their work. One of the most outrageous incidents in the past year involved the torture of four rights lawyers in police custody in Heilongjiang Province in March 2014, which authorities still have not investigated.

[…] According to other lawyers familiar with the case, under Chinese law, the Tongzhou District Public Security Bureau should have put the two judges who assaulted Cui under administrative detention. The lawyers said that the two should be detained while waiting for the evaluation by judicial authorities of medical reports on injuries that Cui sustained, before authorities decide whether to put them under criminal detention. But the Tongzhou police have taken no action against the two men. Meanwhile, police have not considered Cui’s request for an evaluation of the medical report. The delay only means that no criminal investigation can proceed and the suspects remain free.

The Tongzhou District People’s Court did not respond to Cui’s original complaint for 14 days. So far, the court has not asked about Cui’s injuries nor offered any apology. On April 13, the court issued a brief statement—after Cui went public with the incident—saying it would conduct an investigation. The Tongzhou court is not well-positioned to investigate behavior of its own personnel in a impartial manner. The court may also be attempting to preempt any investigation by the police or the procuratorate. [Source]

Cui’s case speaks to a broader crackdown on civil society in China, which rights lawyer Teng Biao described as having “little cause for optimism.”