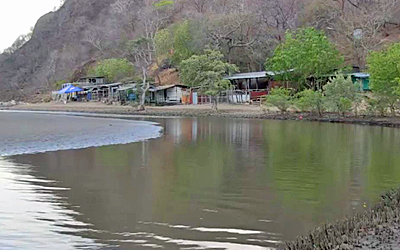 In 2013, the Hong Kong Nicaragua Canal Development Investment Co. (HKND Group) was given the green light to build and operate a $50 billion new waterway fit to rival the Panama Canal in economically embattled Nicaragua. The previously unknown Hong Kong-based company is headed by equally mysterious Beijing-based telecom magnate Wang Jing, a man rumored to have close ties to China’s leadership; while the businessman himself denies these ties as well as Party membership, Al Jazeera points out that he and his Nicaraguan project have received much praise by Chinese state media. In December of last year, work began in southern Nicaragua, but little progress has since been made, and a host of concerns over the social and environmental costs of the project have been raised. In a video report, Radio Free Asia outlines the mysterious and controversial project, the secretive Chinese billionaire behind it, promises broken by HKND Group so far, and the lack of clear information to date from both the company and the Nicaraguan government:

Also see RFA’s print version of the story. The excerpt below notes that while Beijing denies its backing of the project, analysts doubt a project of this scale could be moving forward without the government’s blessing:

Even in China, Wang Jing is a largely unknown. The Chinese media commonly refer to him as a “mysterious businessman.”  But the pudgy billionaire is believed to have close ties with China’s People’s Liberation Army, as well as top Communist Party officials, according to a report by China’s Southern Weekend newspaper.

Nevertheless, the Chinese government has denied that it is backing the Nicaraguan canal project.

But Robert Daly, director of the Kissinger Institute on China and the United States in Washington, said it’s “unimaginable” that the Chinese government is not behind the Nicaraguan canal investment.

“It couldn’t have gone forward on this scale, if it is going forward, without an OK and without a buy-in from the Chinese government,” he told RFA “Because the implications of the project, not so much financially but in terms of trade relations and power projections, strategic relations are simply too great for the Chinese government to let it go forward simply because there’s a businessman in Hong Kong who wants to make the investment.” […] [Source]

Beijing’s economic engagement with Latin American countries has increased exponentially since 2000. However, there are no formal diplomatic ties between Nicaragua and China as the former maintains formal relations with Taiwan.

Also see a BBC interview with Wang Jing from March, in which the elusive billionaire shrugs off concerns about the canal project and emphasizes his distaste for the limelight.