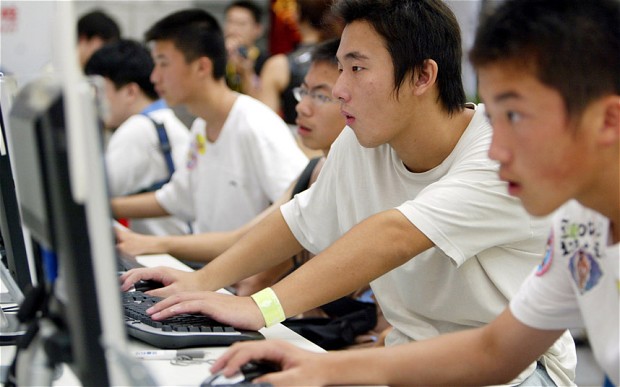 Speech and popular will in China have in fact long been equated to forces of nature. “Stopping the mouths of the people is more perilous than stopping a river,” goes an oft-quoted saying from Discourses of the States, a text dating back to around the fifth century BC.

While controlling public opinion is a political imperative, the saying suggests, allowance must be made at the same time for the release of building pressure—otherwise, resentment will only amass and threaten the entire project of control. The people must be allowed, in other words, to speak their minds and make known their wills, even if their freedom to do so is limited as a matter of political necessity. The tension between obstruction and release is one of the defining dynamics of media control in China. And this deep cultural understanding of public opinion control as hydrological engineering has even more ancient associations in the story of the legendary leader Yu the Great, who is said to have revolutionized flood control sometime before 2100 BC by recognizing the need for channeling and irrigation as opposed to simple obstruction. The story of Yu the Great “harnessing the waters” is referred to in Chinese as dayu zhishui, a phrase in which the third character, zhi, is also the character for “govern,” “rule,” or “tame.” The story of Yu the Great has long been understood also as a political fable about the ruler’s need to control, channel, and harness the will of the people.

The overarching metaphor governing information and public opinion in China today remains hydrological, recognizing the speech act, and its collective power, as a force of nature that must be tamed. The official term, introduced by President Jiang Zemin in the aftermath of the political torrent that was the spring of 1989 and the June 4 crackdown, is “guidance of public opinion” (yulun daoxiang)—the idea that speech must be properly directed, in order to preserve social and political stability. This involves, on a daily, hourly, and now sometimes minute-to-minute basis, instructions from the propaganda department and other agencies concerning what cannot be reported and what must be reported (and an array of possibilities in between).

[…] The project of “guidance” is not merely what we tend in the West to call “censorship,” an act of cutting, excising, and obliterating; rather, it is a process of diversion, of redirection. Public opinion is not stopped—it is harnessed. Again, that complexly layered Chinese word: zhi. To govern, harness, or tame. […] [Source]

At Foreign Policy, Gary Rawnsley looks at how the Party utilizes the Internet to harness public opinion, and gives an example of how elements of opinion leaders hope to align with Party goals can sometimes come unyoked:

[…] The use of propaganda as signaling and the counterintuitive use of the Internet show the dexterous nature of Chinese propaganda strategy. But when it comes to the question of nationalism, the regime is on hotter, if not shakier, ground.

Young people, usually cynical about other creeds pushed out by the regime, have been particularly vulnerable to the renaissance of Chinese nationalism.It compensates for the decline in commitment to communist ideological principles and offers a distraction from the social problems generated by the rapid transformation of the economic system. Despite the many alternative sources of information China’s citizens can access, they remain plugged into the nationalism promoted by official propaganda networks, and any criticism of the Chinese government, especially from outside its borders, is viewed as criticism of the country as a whole. This was most visible in the pro-Tibet protests during the Olympic torch relay in 2008, when nationalist propaganda mobilized communities around the world to demonstrate in support of the Chinese government and against the perceived anti-China bias in Western media. But while this can strengthen the regime, the nationalist discourse online can also force the government’s hand. […] [Source]