Medical Corruption: The Views of the General Public 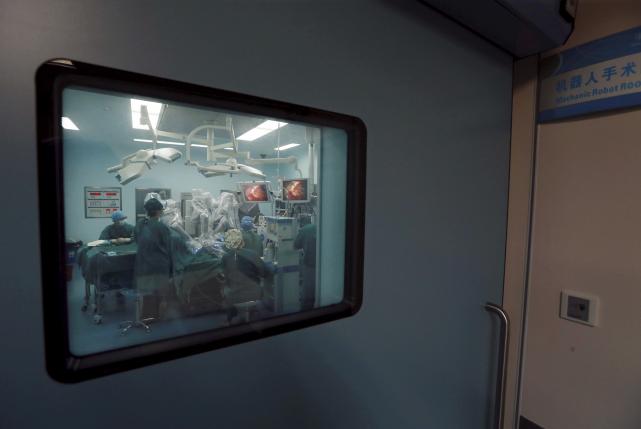 At the China Policy Institute Blog, Dr. Neil Munro from the University of Glasgow discusses results from a survey carried out in 2012-2013 that evaluated Chinese people’s attitudes toward their health care system and documented patients’ response to unethical medical practices.

Our survey shows that unethical practices commonly reported in the media are perceived as widespread by the public as well. Sixty-one percent consider it likely that in their local hospital patients will be required to undergo comprehensive check-ups even when the diagnosis is perfectly clear. Fifty-seven percent consider unnecessary prescription of medicines not covered by insurance to be very or somewhat likely. Thirty per cent consider taking bribes or the aforementioned ‘hong bao’ to be likely. Seventy-two percent of respondents see at least one form of unethical behaviour as likely.

Our survey prompted respondents to recommend a course of action to minimize agency risk in three different situations. The first question concerned a surgeon who tells the patient that he cannot guarantee the success of a life-saving operation. Whilst this may be a perfectly ethical and responsible thing to say, we were interested in how many respondents would interpret it as a cue to do something to minimize agency risk. Only one third of respondents said they would recommend just undergoing the operation at one’s own risk. Just over a quarter of respondents recommended changing to another public hospital. One in ten would use connections to find another surgeon. If a doctor prescribes a lot of expensive medicine which is not covered by insurance, even when cheaper alternatives are available, slightly less than a quarter of respondents would just buy the medicine prescribed. The same number would ask the doctor to change it. Just over one in eight recommend changing to another public hospital. If a public hospital requires unnecessary diagnostic tests, slightly less than one third would recommend doing the tests anyway, just under a fifth think that asking the doctor to keep the tests to a minimum would suffice. Slightly less than one in eight would recommend changing to another public hospital. These three strategies—doing what the doctor recommends (“loyalty”), changing to another public hospital (“exit”) and asking the doctor to change their behaviour (“voice”) are the three most popular. Another four types of strategies – using connections, going to a private hospital, complaining to the hospital administration and paying bribes—are clearly marginal, since around 90 per cent of respondents would never recommend them. [Source]

In 2009, the Chinese government launched a series of national healthcare reforms in an attempt to change the incentive structures that has been linked to high costs and problems of medical corruption. Hong Kong Institute of Education’s Dr Alex Jinwei looks at the progress that has been made since then. From China Policy Institute Blog:

First and foremost, social security is not the silver bullet for China’s health care reform. Financial protection will continue to be limited if the rapid escalation of health care costs remains unharnessed. A major elevation of benefit standards is also needed in order to better shield the insured population against catastrophic medical spending. However, the fragmentation of insurance and limited managerial capacity have not enabled social health insurance to fully unleash its potential. The creation of a capable and prudent third-party purchaser is of strategic importance.

Second, the root causes of China’s double-digit cost escalation stem from the inefficient delivery system. Realigning the perverse incentives is a formidable mission in light of the massive tangible as well as intangible interests involved. The sluggishness of public hospital reform provides clear evidence of the difficulties encountered. While a battery of new initiatives have produced mixed results, payment reform appears the most promising ‘control knob’ to realign the fundamental economic incentives. There is a growing consensus that reform of the delivery system ultimately hinges on provider payment reforms.

Third, the mixed outcomes of many new initiatives reveal the path-dependent nature of health systems. Gerald Bloom has insightfully shown that specific policy interventions are much less important than the way the reform process is managed because any health care reform must ultimately tackle the underlying institutional arrangements if it is to succeed. A constellation of fast-moving as well as slow-moving institutions coexist within the broader institutional environment. Strategic attention must be given to the compatibility and the interaction between these two categories of institutions that are the ultimate source of the poor reform performance observed thus far. [Source]

Adam Jourdan at Reuters has more on obstacles facing healthcare reform in China:

“We’ve heard a lot of good stories from the top – Internet +, driving force, policy changing – but see nothing happen at the bottom,” Li told Reuters. “It’s not about market, capital or even tech – these things are already developed very well … rather it’s the regulations, laws and systems of support.”

Li’s position reflects wider obstacles to healthcare reforms in technology, online drug sales, hospital privatization and doctors’ pay, drivers that are a major lure for investors and firms betting billions of dollars on China opening up a market set to be worth around $1.3 trillion by 2020.

[…] But, despite the government’s longer-term ambitions, industry insiders say reforms are being held up because of technical issues such as crumbling and fragmented IT systems to in-fighting between regulators and push-back from the state-run firms who dominate the sector – and don’t want change.