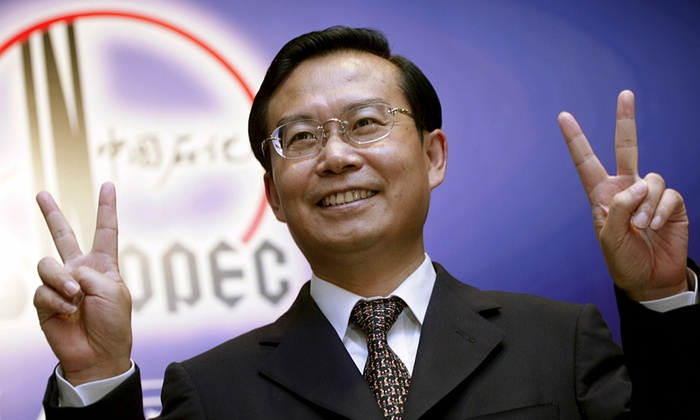 Su Shulin, governor of Fujian Province and a former top oil executive, has become the first acting governor to be placed under investigation during Xi Jinping’s ongoing crackdown on corruption. James T. Areddy reports for the Wall Street journal:

Su Shulin, the top executive at China Petroleum & Chemical Corp. until his 2011 appointment to senior leadership in the province, is under investigation, the Central Commission for Discipline Inspection said late Wednesday. The notice didn’t provide additional details, although allegations by the commission of violations of a party official often apply to accusations of corruption and abuse of power.

[…] The oil industry has been under particular focus by anticorruption investigators. The most senior figure to fall during the anticorruption campaign, former Chinese security czar Zhou Yongkang, was previously a top executive that state-run China National Petroleum Corp. and many of his past associates have been jailed. Mr. Zhou was imprisoned in June for life for bribery, abuse of power and disclosure of state secrets. [Source]

AP reports on Su’s background in the oil industry:

Su took over as Fujian governor in 2011 after a lengthy career in the oil industry, which has been a major target of anti-corruption investigators.

Starting as a geologist in the north-eastern Daqing oil patch, Su rose to general manager of China’s largest oil refiner, Sinopec, before moving into the provincial government offices. He is among the highest-ranking serving officials to be caught up in the anti-corruption drive launched soon after Xi’s assumption of China’s presidency in March 2013. [Source]

Meanwhile, the reach of Xi’s anti-corruption office, the Central Commission for Discipline Inspection, appears to be broadening with another transfer appointment of one its leaders. Chen Wenqing, a CCDI deputy chief, has been moved to a new position as party chief of the Ministry of State Security. Keira Lu Huang reports for the South China Morning Post:

Chen is the third CCDI deputy chief to be appointed to take a top job at another state bureau since President Xi Jinping took power more than three years ago. Wang Wei was put in charge of the Three Gorges Dam project in 2013, and Li Yubin was transferred to the All-China Federation of Trade Unions.

Political observers said the move indicated that the CCDI was extending its reach as the anti-corruption drive rolled through more sectors and ministries.

“This manoeuvre seems like an expansion of power for the central anti-graft agency,” Beijing-based political commentator Zhang Lifan said. “It’s more like the anti-graft system becoming more intertwined with other bureaus.” [Source]

Read more about Xi’s anti-corruption efforts, and about the arrest of Zhou Yongkang, via CDT.