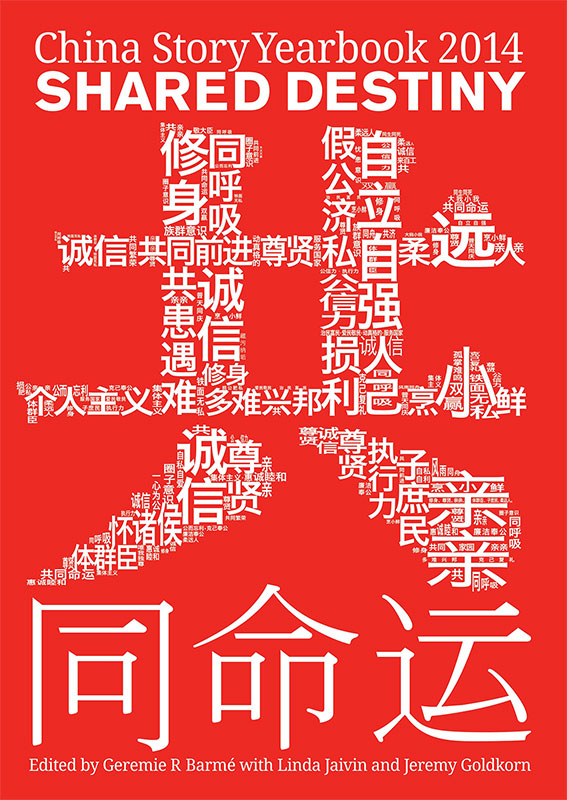 The Australian Centre on China in the World at the Australian National University has published their 2014 China Yearbook, with the theme of “shared destiny,” a catchphrase used by Xi Jinping to describe China’s relations with its Asian neighbors. From the introduction:

The People’s Republic of China under the leadership of the Chinese Communist Party and its ‘Chairman of Everything’, Xi Jinping, has declared that it shares in the destiny of the countries of the Asia and Pacific region, as well as of nations that are part of an intertwined national self-interest. The Party, according to Marxist-Leninist-Maoist theory, is the vanguard of progressive social forces; it cleaves to the concept of shared destiny and its historical role in shaping that destiny. Since its early days nearly a century ago it has emphasised the collective over the individual, the end rather than the means. It addresses majority opinion while guiding and moulding the agenda both for today, and for the future. [Source]

Chapters include: “Whose Shared Destiny?” by Richard Rigby and Brendan Taylor; “The Chinese Internet – Unshared Destiny” by Jeremy Goldkorn; “Destiny’s Mixed Metaphors” by Gloria Davies; “Urban, Mobile and Global” by Carolyn Cartier; “The Sword of Discipline and the Dagger of Justice” by Susan Trevaskes and Elisa Nesossi; as well as contributions by Geremie R Barmé and a number of other China scholars. The publication can be downloaded as a full volume or by individual chapters.