Pu Zhiqiang: Guilty in the Court of “50 Cent” Opinion 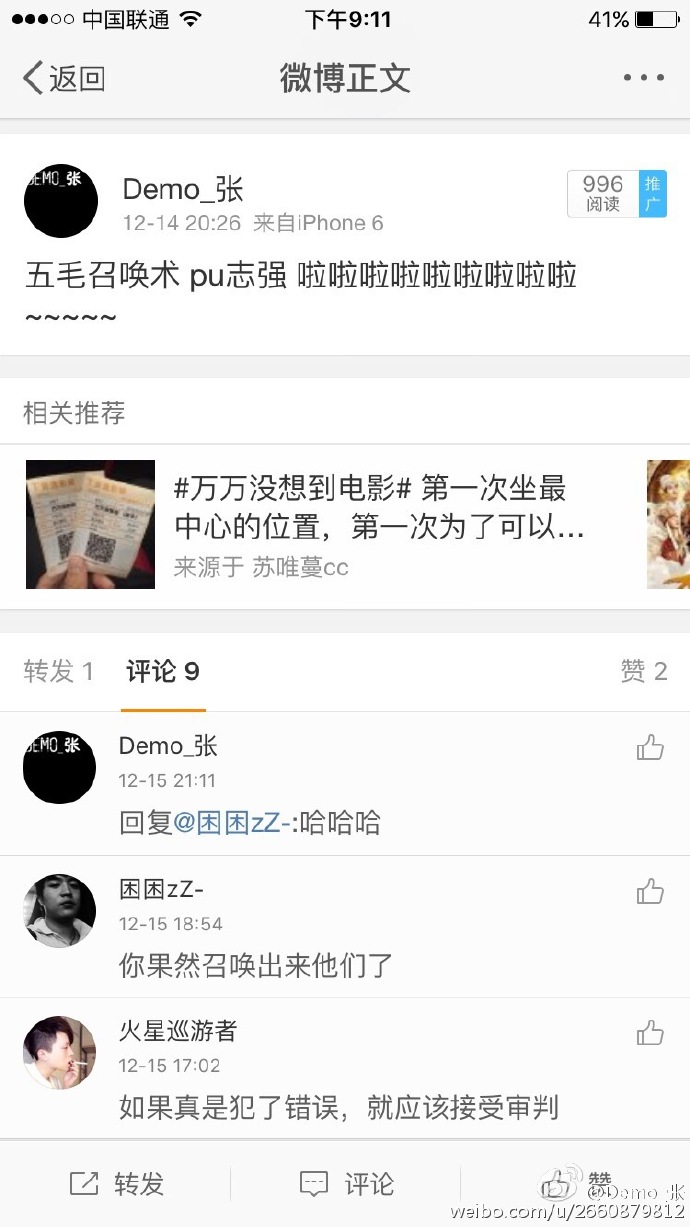 As aggressive security actions unfolded outside the courthouse during the trial of rights lawyer Pu Zhiqiang on Monday, police detained several supporters, while others posted observations from the scene:

Observers Outside Pu Zhiqiang Trial Detained: They’ve been detained for over 30 hours now! Please find the phone numbers of the Fangzhuang police station chief, deputy chief, and political instructor, and the phone number of the people in charge at the Fengtai PSB, and make them public, and keep calling and texting them to release the detainees.

Eyewitness observation from outside Pu Zhiqiang’s hearing (slight edits): I had a lot of thoughts at the scene yesterday. One is that a lot of people are keeping a low profile. This is the general conclusion we arrived at over lunch. Why keep a low profile? Because they think a harsh winter has come. But yesterday I felt like spring was here! There were a lot of people on the street that we didn’t know. A friend told me, “You said about 500 people, but that’s low. There are at least more than 1,000.” The whole street was crammed with people. Except for petitioners and citizens I’d seen before, I didn’t know anyone else. But judging from their clothing and mannerisms, a lot must be so-called middle class. I feel so inspired!

Online, a parallel clash between Pu supporters and pro-government voices played out in a less physical manner. Some Weibo users dodged a block on Pu’s name by adopting his photograph as their avatar:

Others turned to Twitter instead, including artist Ai Weiwei and cartoonist Rebel Pepper:

Any government that puts those with different will and ideas on trial has ethically lost its way, and shows the world its own desperation and wildness.

It’s this regime that’s guilty. They’re totally unqualified to say who else is guilty or not. They can go to hell.

While Weibo posts mentioning support for Pu have been deleted, posts lauding the government’s actions in his case have proliferated. A post in support of Pu on December 14 was commented on more than 600 times before it was deleted:

ZaixiaZhangYaozhi (@在下张耀之): Teacher Wang Feng once sang: “I love you, China / My dear mother / I cry for you / and I’m proud of you.” On this day that Pu Zhiqiang stands trial, the authorities announced that they have reduced the sentences of Bogu Kailai and Liu Zhijun. [Chinese]

Anti-Pu notes dominated the comment thread, with the apparent help of “fifty cent” pro-government robo-commenters. Many comments began with numbers, as if they had been copy-pasted from a list. Many also presumed a guilty verdict for Pu and made reference to his “penalty,” despite the fact that the court has not yet announced any judgment in the case. Typical comments include:

8. We netizens must combine forces, and not make any statements that violate the law.
23. I hope that everyone will safeguard order on the Internet and punish illegal online activity.
43. I support the use of legal crackdowns on Internet lowlifes. Let’s purify the atmosphere online.
55. Let nobody harbor the delusion that just because you’ve go the support of the Western powers means you can escape punishment for breaking the laws of China!
58. Let’s keep a close eye on the Internet, so that people like Pu Zhiqiang don’t have anywhere to hide!
96. Pu Zhiqiang’s case has been publicly tried as a warning to others!
99. The court’s guilty verdict on the Pu Zhiqiang case is correct, and the penalty is fitting. It is fair and reasonable.
103. Since there is sufficient evidence in Pu Zhiqiang’s case, the judgment is reasonable and justified.” [Chinese]

Netizens have since discovered that they can summon the apparent robots simply by including Pu’s name in a post, with his surname written in pinyin (“Pu Zhiqiang” written as pu志强), as ZaixiaZhangYaozhi did.

Huoxingxunyouzhe (@火星巡游者): If he’s really made a mistake, he should accept the trial. 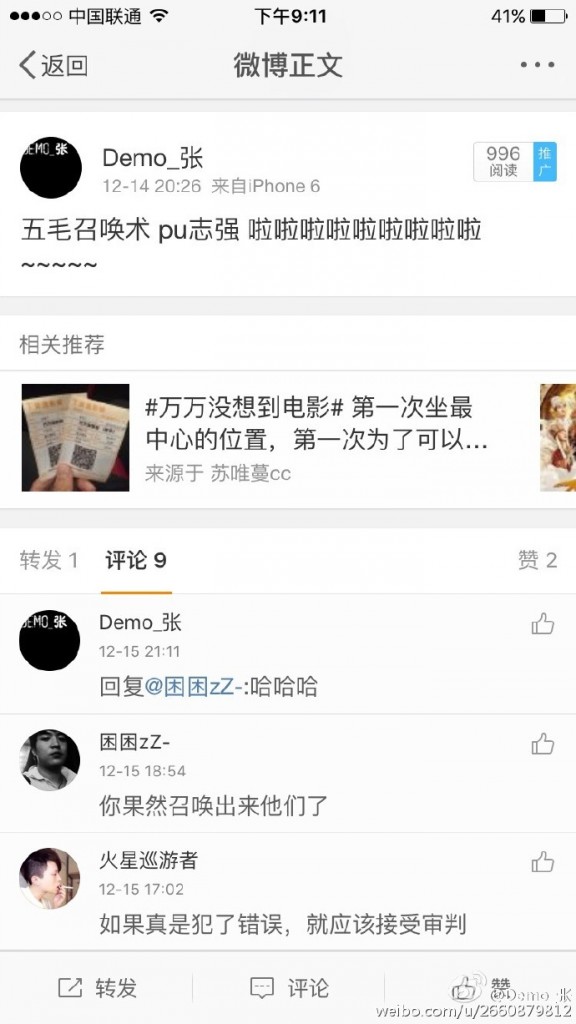