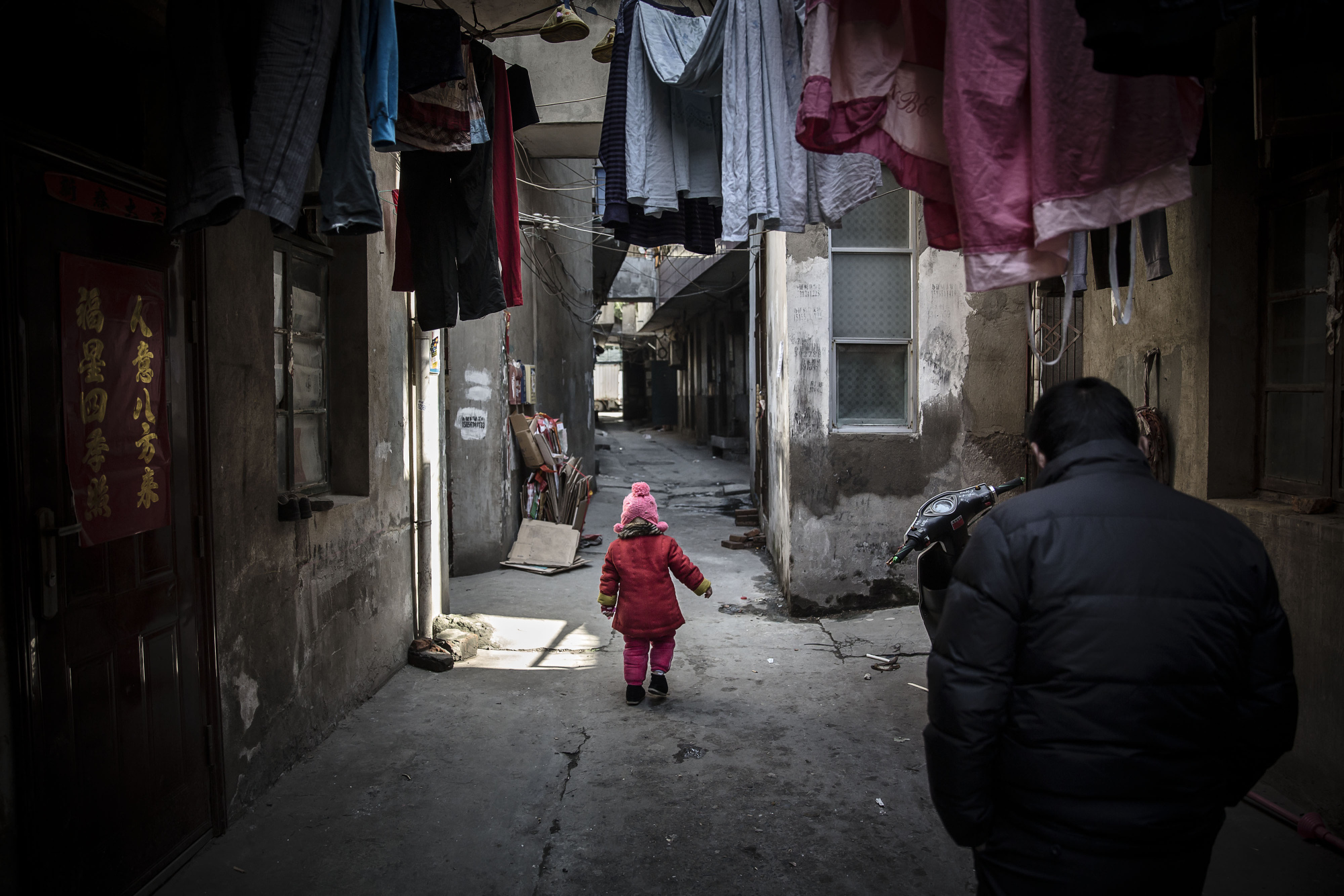 With pharmaceutical price gouging in the news thanks to the arrest of Turing Pharmaceutials CEO Martin Shkreli for securities fraud, Bloomberg News reports on the impact high drug prices have on families with children fighting cancer in China. The article profiles four-year-old Zhao Jing, who is living with her grandparents in a “cancer slum” outside a hospital in Hefei where she is receiving treatment. Struggling to get by, they pay more than half their annual income for her medications and have borrowed tens of thousands of dollars from friends and relatives for her treatment:

Money had dried up, and little Zhao Jing was in a hospital in Hefei city in eastern China. She was struggling, feverish and coping with an infection. In those desperate hours back in October 2014, Li recalls whispering sadly to her: “If one day grandma runs out of money for your medicines, maybe I will have to abandon you.”

Such life-and-death calculations aren’t that rare in a China that is home to the world’s largest number of cancer cases, and where patients can sometimes pay among the highest prices in the world for drug treatments. For the past year, Li and her granddaughter have lived in a slum near the hospital. Called Wujianong, the tenement is home to about thirty other families who have also journeyed hundreds of miles to seek better care for their sick children. Here they live in damp, moldy rooms just off a narrow street strewn with plastic bags and muddy puddles. They’ve all found that cancer can be a financial catastrophe in a society where private insurance is a rarity and many costs for serious illnesses aren’t covered by government insurance.

Surging health-care costs are turning into one of the biggest threats to the world’s second largest economy and its consumers. About $115 billion will be spent on pharmaceuticals in China this year. As patients struggle to pay, international drug companies face slower growth in the country and government pressure to curb prices. For families, their biggest adversary isn’t only the disease, but the prohibitive cost of care. [Source]

Meanwhile, at TIME, Nash Jenkins reports on the rise of lung cancer rates in China, due to pollution.