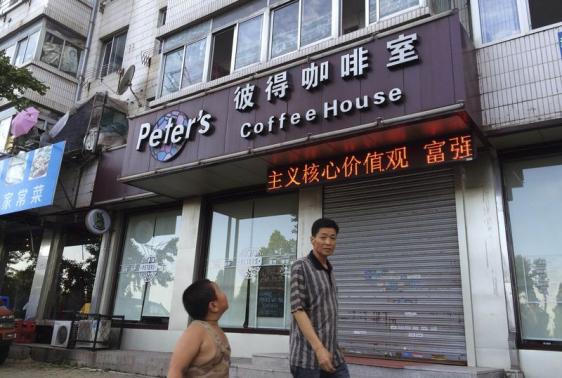 Kevin Garratt, the Canadian man who operated a coffeeshop on the China-North Korea border and was detained along with his wife in August 2014, has been indicted on charges of spying and stealing state secrets in Dandong. He and his wife Julia Dawn Garratt, who was released in February of last year, were reportedly held in isolation and barred from access to lawyers for months. The Globe and Mail’s Nathan Vanderklippe reports:

Mr. Garratt and his wife, Julia, were detained on Aug. 4, 2014 in Dandong, a small Chinese city on the border with North Korea, where the Christian couple ran a coffee shop and led church services.

[…] Mr. Garratt’s indictment comes as the Liberal government seeks warmer ties with China, saying it is prepared to pursue a free-trade agreement that China has long sought. Prime Minister Justin Trudeau is planning a high-level trip to China in March.

The Garratts’ detention had been an irritant to Sino-Canadian relations, amid broad suspicions that they were detained in reprisal to Canada’s arrest of Su Bin, a Chinese citizen wanted by the United States for allegedly playing a central role in the electronic theft of fighter jet engineering documents. A court said the cases against Mr. Su was strong enough to warrant his extradition to the U.S.; he has appealed. [Source]

Reuters’ Andrea Hopkins, Julie Gordon, and David Ljunggren report further on how the case has affected Beijing’s relations with Canada:

The case inflamed tensions between Ottawa and Beijing, but Canada has not been able to secure Garratt’s release despite expressing concern about the arrest, which happened less than a week after Canada accused Chinese hackers of breaking into a key computer network.

The indictment was announced the day after Canadian Prime Minister Justin Trudeau and senior cabinet ministers attended a lavish party in Ottawa hosted by China to mark the 45th anniversary of the establishment of diplomatic relations between the two nations.

The prime minister at the time was Pierre Trudeau, Justin Trudeau’s father, a man still held in high regard in Beijing. Shortly after Trudeau’s Liberals won power last October, China invited him for a state visit. [Source]