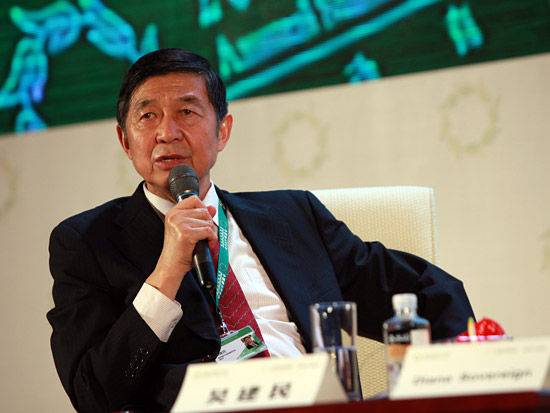 The Global Times, a tabloid owned by the Party’s official mouthpiece People’s Daily, has become a prominent voice in China news in recent years. Its often inflammatory and flamboyant editorials are sometimes presented as expressions of official positions, but some both inside China and elsewhere argue that it is best ignored. In a speech at Beijing’s China Foreign Affairs University on Wednesday, former Chinese diplomat Wu Jianmin openly criticized chief editor Hu Xijin for the publication’s “extreme” articles and hawkish foreign policy stances which, he claimed, fail to give an accurate portrayal of global events. From People’s Daily Online:

“Last year, I was invited by Hu Xijin to attend a Global Times conference. At the beginning of the conference, Hu’s description of what’s currently happening in this world was all confusing. And this was what I said to them, ‘Your eyes have not seen the world in a full scope. You failed to see the major developments in this world and you failed to get hold of the main global trends,’” Wu said.

“I thought, this is today’s China. Hu is the chief editor of one of China’s mainstream media and he should be very knowledgeable, yet he fails to understand the current global circumstances,” Wu added in his speech. [Source]

In a lengthy post on his Weibo, he said the comments were typical of the thinking of “old-fashioned Chinese diplomats”, who believed the media’s role was “only to increase the chaos and a source of nationalism”.

“They hope the media should highlight ‘diplomatic achievements’ and focus only on the development of friendly cooperation between China and other countries,” Hu said.

They should never touch sensitive issues and speak “strictly in line with the tone of the Foreign Affairs Ministry, like a parrot repeating the words of a human”, he said.

Hu said that Wu’s criticism came as the Times published reports that sounded more hawkish than usual and struck a different tone from the official line.

Hu argued his newspaper was providing a platform for diverse voices, which was a “positive asset of China’s foreign policy”. [Source]

At The New York Times, Owen Guo looks at the immense interest that the incident has generated online:

The dispute has drawn thousands of comments online. A person writing under the name Yanshanjian was among many taking Mr. Hu’s side, saying that the ambassador’s mind-set would subject China to bullying by foreign countries. “The Chinese people’s rejuvenation dream is a noble goal and has a bright future,” the commenter wrote on Weibo. “We don’t need to hide anything, and we must dare to show our sword in the face of containing and encircling by the U.S.”

Others were critical of Global Times. “The newspaper always has an ultranationalistic approach to many issues and lacks a holistic view of world politics,” wrote Qin Xiao, a Weibo commenter in the southeastern city of Nanchang. “Cooperation and peace development are a prevailing trend, yet the newspaper is so hard-edged and aggressive and must declare itself an enemy of the world. It shows it’s extremely unconfident, unsure and dark-minded.”

The dispute appears not to have affected one of Mr. Wu’s public roles: as a Global Times contributor. On Friday, the newspaper ran a column by him that said that China and the United States would not go to war over the South China Sea and that China needed to “keep calm” in the dispute. [Source]