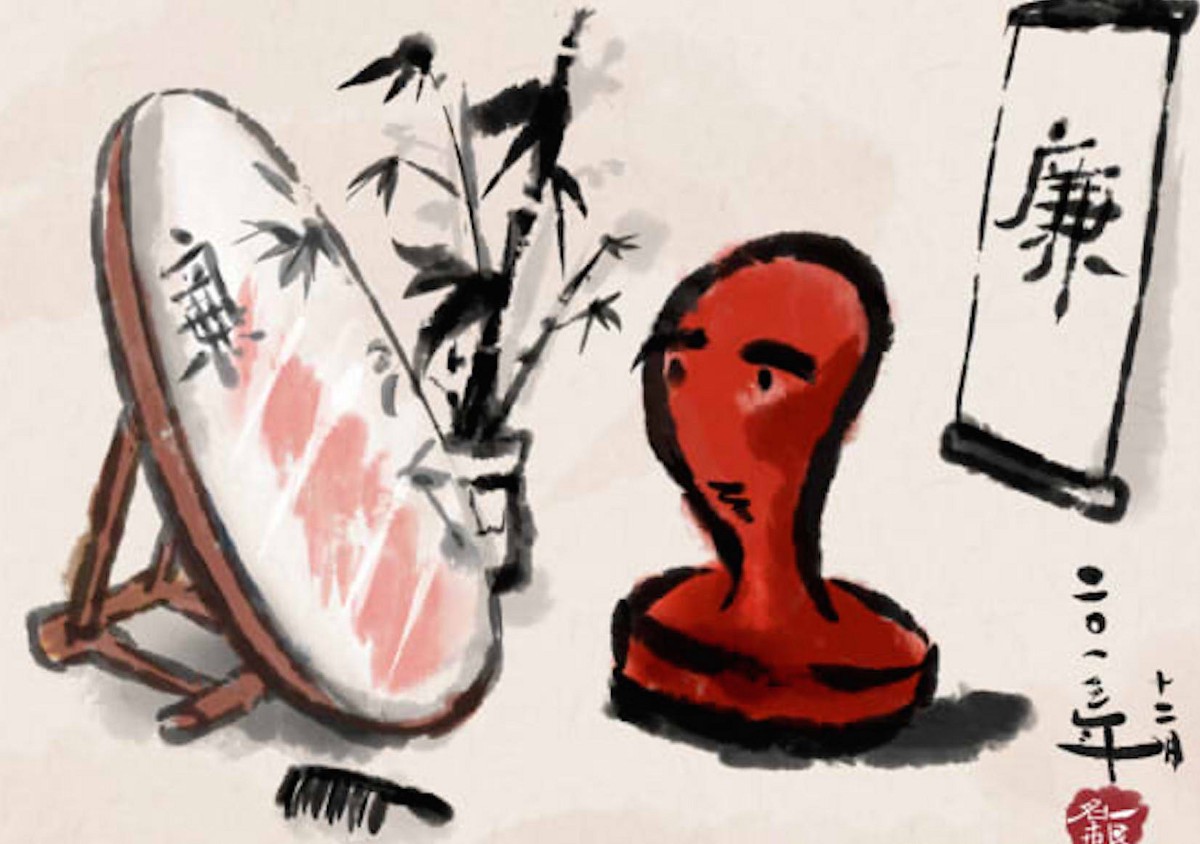 The Chinese government is carrying out an unprecedented crackdown on the media under President Xi Jinping. Efforts to strengthen the Party’s longstanding hold on the industry include intensified measures to control both new and traditional media in China. When Xi visited the headquarters of three leading state news organizations in February, he gave a speech on media policy that called for state media organizations to bear the “Party surname.” At China Media Project, David Bandurski writes that this new media position put forth by Xi upends a tradition of “supervision by public opinion” and reinstates the Party’s dominance of all media.

In his speech, however, Xi Jinping subverted the distinction entirely: “Supervision by public opinion and positive propaganda are unified,” he said.

Thirteen unlucky characters: 舆论监督和正面宣传是统一的. But with these Xi Jinping nullified the idea that the media might play a monitoring role with any semblance of initiative or independence. Just as all media, from traditional newspapers to WeChat, are subordinated to the Party’s will according to Xi Jinping’s all-dimensional vision of media control, so is the practice of “supervision by public opinion.”

According to the prevailing official view of media supervision in the Xi era, critical reporting has gotten out of hand over the past two decades as a result of social and technological transformations. What the CCP needs now is to re-appropriate supervision — to subject it, in other words, to rigorous Party supervision.

[…] Supervision under Xi Jinping is to be an internal matter, a backstage ritual. Criticism must be managed, supervision supervised. We might say that the PRC’s second era of critical reporting is at its end, at least as a matter of policy. [Source]

Under Xi Jinping, journalists and activists who try to “supervise” official corruption and other wrongdoing have faced harsh prison terms. On Friday, a court in Hangzhou sentenced two members of the banned China Democratic Party to more than a decade in prison. The two were charged with “subversion” after being tried for publishing essays on foreign websites about corruption and other politically sensitive topics. From the Committee to Protect Journalists:

The Hangzhou Intermediate People’s Court convicted Lü and Chen, both freelance writers and members of the banned China Democratic Party, of charges of “subversion of state power” in separate trials, according to press reports. The court sentenced Lü, detained in July 2014, to 11 years in prison. Chen, detained in September 2014, was given a 10-and-a-half-year prison sentence.

The convictions were related to articles Lü and Chen wrote for international, Chinese-language websites alleging government corruption and calling for democratic reform, according to news reports. Chen had written for Boxun about detained pro-democracy activists. Lü had written a series of articles on corruption and organized crime, had reported on the sentencing of rights activists, and in October 2013 co-signed an open letter and petition against China’s presence on the United Nations Human Rights Council.

[…] Both Lü and Chen had been jailed before. Chen served four years in prison, from 2006 to 2010, on the charge of “inciting the subversion of state power,” CPJ reported at the time. Lü was also sentenced to four years in 2008 after being convicted of the same charge, CPJ reported then. In each case, the two were found guilty of publishing “subversive essays” on foreign websites. In today’s verdict, the court found them guilty of “subversion,” a more serious crime than “inciting subversion.” [Source]

The New York Times’ Chris Buckley has more on the case:

Patrick Poon, a researcher on China for Amnesty International in Hong Kong, said the rulings indicated that President Xi Jinping was even more determined than his predecessors, including most recently Hu Jintao, to stamp out anti-Communist sentiment.

“My take is that the sentence is unusually heavy,” Mr. Poon said by email. “These two people were also imprisoned for similar charges during the Hu Jintao era, but they were only sentenced to four years at that time.”

The punishments may also send a warning to other dissidents and liberal activists around Hangzhou, the prosperous capital of Zhejiang Province, which will hold the Group of 20 summit meeting of global leaders in early September. The city, like the Chinese government, has gone to great lengths to make the gathering a showcase for the success of government policies. [Source]

The dominance of the Party over the press is one underlying factor giving rise to unethical media practices in China, as David Bandurski has written previously for China Media Project. Pei Li at The Wall Street Journal looks at a Chinese mobile app designed to connect businesses with journalists willing to provide favorable coverage for the firms in exchange for money.

On the loading page, the mobile app described itself as “an intellectual community platform where media professionals help entrepreneurs.”

[…] Similar to how users of the ride-hailing app can choose to go with a normal sedan or more luxurious cars, Zhao Jizhe offers services tailored to companies of all sizes and needs. For as little as 1,000 yuan, or roughly $150, Zhao Jizhe can get the company an ordinary writer, and publicity on one publication is guaranteed, according to the app. Companies with a higher budget can choose mid- or high-level writers. The premium service, at 8,000 yuan, comes with a senior writer, and a guaranteed coverage on 25 publications, including four well-known ones.

Companies can also specify a deadline and other demands. Once a request is sent out, the platform will deliver it to journalists on the beat in question. Reporters will put in a bid with details on which publications they have influence on. The company will pick the most suitable bidder and arrange payment through the app. Like for other services, the transaction ends with a customer-satisfaction review. [Source]

Li writes that the app has since attracted the attention of regulators and stopped operating.