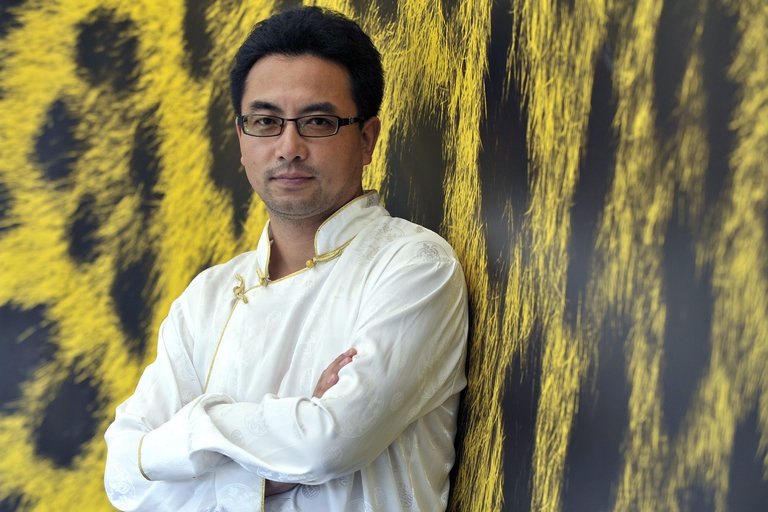 Award-winning Tibetan director Pema Tseden has been hospitalized since Monday with injuries sustained during an altercation with the police at an airport in Qinghai on Saturday. Prior to his hospitalization, Tseden was taken away by authorities on charges of “disturbing public order.” The New York Times’ Austin Ramsy reports:

The director, Pema Tseden, whose work includes the film “Tharlo,” was detained by the police on Saturday at the airport in Xining, where he had flown from Beijing. During his detention, Mr. Tseden “displayed health problems” that required hospitalization on Monday, the guild said in a statement.

Sonam, a producer who works with Mr. Tseden, said that security officers had used force in detaining the director but did not think that he was beaten in custody. “They grabbed him by the hair, handcuffed him behind his back and dragged him to the station,” he said.

[…] The police said that, because of “his refusal to cooperate” when taken from the baggage claim area, he had three cuts from handcuffs digging into his skin.

The University of Nottingham’s Tricia Kehoe has translated an update by Sina Entertainment on the precise circumstances surrounding Tseden’s detention and the events leading up to it.

On the evening of June 26th around 8pm Pema Tseden arrived from Beijing to Xining Caojiabao Airport. After exiting the building he discovered that he had forgotten his backpack at the baggage collection area. Following this, he approached a member of staff and informed them about the piece of luggage that he wished to collect. “The staff member asked Pema to leave. Pema Tseden then showed his plane ticket to the staff member to explain that the item was his, but the staff member’s attitude was that the ticket did not matter. Pema continued to speak with staff, but then the police were called.”

“They pleaded with police over and over, but by then police had begun handcuffing Pema, and forcefully taking him away to a nearby police station. After this, Pema was interrogated until around 4 or 5am the next morning. They claimed Pema had disturbed public order. They tried to argue with him, but he was not persuaded by their reasoning. They then said that it is exactly people like him who they are after – people who understand reason but still refuse to listen”. [Source]

According to Caixin, each side has given differing accounts of Saturday’s incident. As of Wednesday, the local police in Qinghai has confirmed Tseden’s hospitalization.

Pema Tseden is a writer and director. He is a graduate of Northwest Nationalities University and the Beijing Film Academy departments of literature and film. He is one of the outstanding Tibetan directors in our country. In recent years his series of films have been very well received both domestically and internationally. To our knowledge, Pema Tseden suffers from a number of chronic illnesses. Already in the course of detention his state of health has declined and this has made us very concerned.  We hope Pema Tseden is safe and sound, and we hope that this situation will be resolved in a just and appropriate manner. [Source]

By Wednesday afternoon, news of the arrest had become a trending topic on Weibo, China’s Twitter, with over 240,000 posts containing the hashtag “Director Detained at Airport” #导演机场遭扣留#

Han Hong (韩红), one of China’s most well-known Tibetan-Chinese singers, was one of those who took to Chinese social media to protest the director’s treatment.

“As a Tibetan I must protest. Pema is my friend. I will not stand idly by,” she posted to Weibo.

Some accounts circulating on Chinese social media suggest the director was arrested after attempting to retrieve his luggage from a secure area in the airport. [Source]

However, Kehoe writes on Twitter that not all netizens were sympathetic:

Just one more important point about the response to the #PemaTseden incident pic.twitter.com/dhHNTQU0vI

Elsewhere, The Guardian’s Tom Phillips looks at Tseden’s development as a film director and what he hopes to convey to his audience about modern-day Tibet through his works:

The son of Tibetan nomads, Tseden studied at the Beijing Film Academy and made his cinematic debut with The Silent Holy Stones, the first feature film entirely in Tibetan.

In an interview with the US National Public Radio in 2009, the Beijing-based director, who was a member of the jury at this month’s Shanghai international film festival, said he hoped to change perceptions of the Himalayan region through his films.

“I think Tibet has always been mythologised and worshipped, and made more remote. People’s psychological expectations and experiences of Tibet are stuck in the past. They don’t understand the new Tibet.”

Speaking to Agence France-Presse last year, he said: “Some people think Tibetans are very mysterious and mystical, that they live in the sky, but through my work I want to show Tibetans are ordinary people and change some people’s thinking.” [Source]