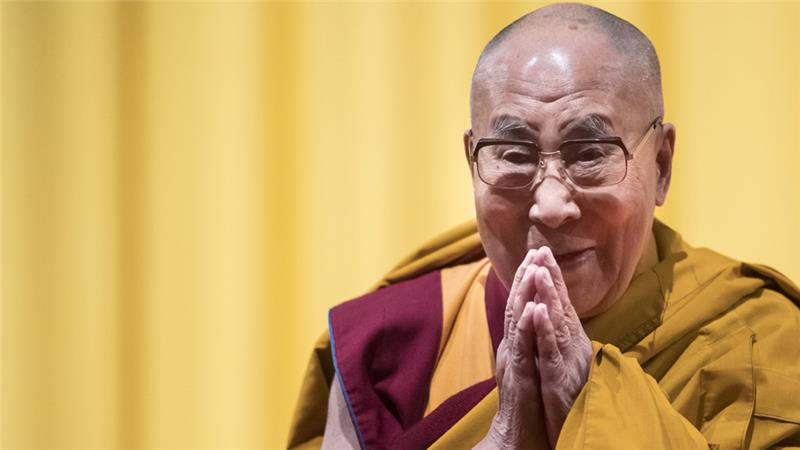 On Friday, Beijing rebuked India for inviting the Dalai Lama to visit the disputed border state of Arunachal Pradesh next March, warning that New Delhi’s decision will damage the two countries’ bilateral relationship and adversely impact the stability of the surrounding region. China claims Arunachal Pradesh is a part of southern Tibet and has regularly objected to visits by foreign officials, including a recent trip there by U.S. Ambassador Richard Verma. From The Times of India:

“We are seriously concerned about the relevant information,” Chinese Foreign Ministry spokesperson Lu Kang told a media briefing here replying to a question about reports that India has granted permission to Dalai Lama to visit Arunachal Pradesh at the invitation of the Chief Minister.

“China’s position on the eastern section of China India border is consistent and clear. The Dalai clique is engaged in anti-China separatist activity and has very disgraceful behaviour on issues relating to China-India boundary question,” Kang said.

The Indian side is well aware of the severity of the Dalai Lama issue as well as the sensitivity of the China-India boundary question, he said.

“We require the Indian side to honour the political commitment to Tibet-related issues and abide by the bilateral consensus on boundary question,” he said. [Source]

New Dehli has insisted on the Dalai Lama’s right to travel freely within the country despite China’s objections. From Reuters:

“We hope India will not further complicate matters on the China-India border and will not give the Dalai Lama clique a platform for its anti-China separatist activities,” Lu Kang told a regular press briefing.

“Only in this way will the China-India relationship be able to develop in a healthy, stable way.”

[…] “The Dalai Lama is a revered spiritual figure and an honoured guest of India. He is absolutely free to travel to any part of the country,” a spokesman for India’s foreign ministry told reporters at a weekly briefing on Thursday, answering a query on the government’s view of the opposition by China.

“He has a sizeable following among the Buddhists in Arunachal Pradesh who would like to seek his blessings. He has visited the state in the past as well, and we see nothing unusual if he visits it again.” [Source]

At First Post India, Sreemoy Talukdar writes that India’s disinterest in accommodating Chinese demands is part of a the Modi government’s broader engagement strategy with China–one that involves “playing hardball” and engaging in “retaliatory foreign policy.”

There are many dimensions to the Sino-Indian relationship. While both remain WTO signatories and enjoy increasing trade ties and robust people-to-people exchanges, diplomatically and strategically China sees India — with whom it has already fought a war and has several “live” border disputes — as a long-term rival. And in keeping with Chinese philosophy, it has employed several tools to contain India’s surge. While its usage of Pakistan as an effective lever has been well-documented, it has of late taken several other steps to increase its military-strategic depth around India, such as investing in infrastructure and doling out dollars to India’s close tactical partners.

In contrast, though faced with an adversary much larger in size and aggressive in intent, India has very few levers against its enemies. Unlike Pakistan, which habitually aligns with a larger force to counter India’s influence (recall its historic ties with the Washington and currently, Beijing) New Delhi still suffers from a Cold War-era hangover to trust the US, and address the power imbalance.

[…] Among the very few levers that India still enjoys over China, the Dalai Lama is the most potent one. His visit to Arunachal Pradesh is sure to raise the hackles in Beijing. At the same time, India’s manouvre exposes China’s double standards on issues of national security and sovereignty.

[…] By pulling the strings of existing (anti-China) levers, it wants to send a message to China that the dragon cannot continue to take the elephant for granted. There is nothing wrong with the strategy but India must not blink when faced with reciprocal reactions from China. [Source]