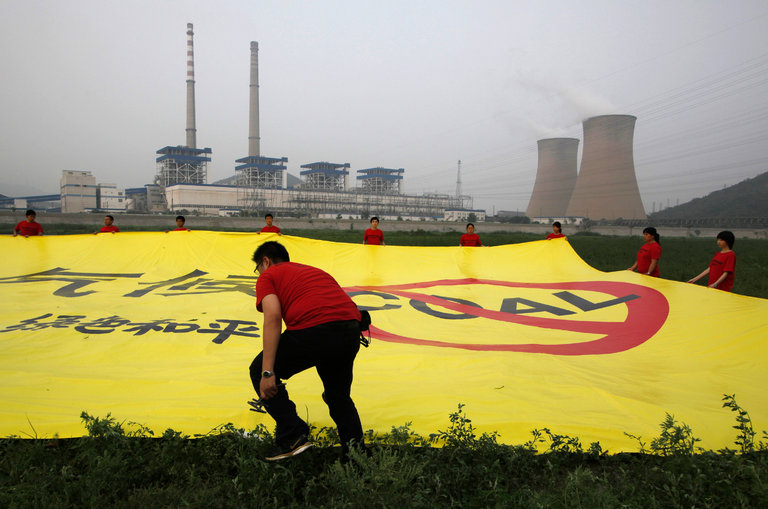 China’s Foreign NGO Management Law, which was passed by the National People’s Congress in April, will officially take effect on January 1, 2017. Under the new law, foreign nonprofits will need to register with the police and find state agencies to act as official sponsors in order to operate. Opaque rules and other uncertainties surrounding the law are exerting a strong chilling effect on foreign NGOs operating in the country, with some organizations already suspending their operations ahead of the new year over concerns about their ability to continue their work in an altered legal environment. Chris Buckley at The New York Times report:

Some foreign organizations have already pulled back. The American Bar Association, which has a program providing training and support to strengthen the rule of law, recently closed its Beijing office until it could gain formal approval for its work.

Elizabeth Andersen, the association’s associate executive director, cited the “heightened scrutiny of foreign organizations working in China and the uncertainties and lack of information surrounding how the new law will be implemented.”

But the uncertainty has also unsettled groups far removed from political concerns. Numerous aspects of the law remain opaque, and many groups are anxious about the vagueness and expense of the new requirements, while some fear their work will be curtailed or even banned.

The American Embassy in Beijing has issued warnings to U.S. citizens regarding the law:

US embassy in Beijing sends out notice to Americans reminding them that China’s foreign NGO law goes into effect Jan 1, 2017 pic.twitter.com/jXI7BguOMu

Reuters noted that a key source of uncertainty for foreign NGOs stems from the lack of clear guidelines from the government. Authorities did not provide the necessary list of supervisory units needed for registration until days ahead of the planned implementation date. Ben Blanchard looks at the newly published listing of government bodies that will now act as the intermediary between foreign NGOs and the Ministry of Public Security.

The list, now published on the ministry’s website, breaks down subject areas and lists the government departments responsible for them.

The sports ministry, for example, will be responsible for sports groups.

Some areas will be overseen by several government departments.

Climate change will be the responsibility of the state planner the National Development and Reform Commission, Environment Ministry, National Energy Administration and China Meteorological Administration.

Foreign NGOs will need the approval of their government go-betweens before they can apply for registration with provincial public security departments, the ministry said. [Source]

Shawn Shieh at NGOs in China has more on the supervisory list and how it will affect the operation of foreign NGOs:

It is interesting looking at the list of PSUs and the list of major fields/projects, how many areas are on the list. The major categories are Economics and Trade, Education, Science and Technology, Culture, Health, Sports, Environmental Protection, Emergency Assistance and Disaster Relief, and Other. Each of these categories has subcategories. Under Other, we find interesting subcategories such as: Legal Services; Women and Gender; Union work (which is limited to union research and exchange); and Social Organization (the official term for nonprofits and NGOs) Research, Exchange and Collaboration.

There is no reason to believe that PSUs will be more willing now to supervise NGOs under the new Overseas NGO Law. Just because they are listed in this directory does not mean that they have an obligation to be a PSU. The 29 or so NGOs that have an existing PSU and have already registered a representative office with the Ministry of Civil Affairs will very likely have no problem transferring their registration to the Ministry of Public Security. But for the hundreds of other NGOs, there is no guarantee that they will be able to get the approval of a PSU. [Source]

A list of approved activities issued last week indicates that foreign organizations offering assistance in nonsensitive areas such as the environment will be allowed to operate under the new legal scheme while those working on human rights-related issues will not be approved. In addition, the new rule will require foreign NGOs to give details of their funding sources as well as evidence that their chief representatives have no criminal record in order to be eligible for registration.

While China’s NGO law is a problem, the larger issue is that anything non-governmental is now being suppressed… https://t.co/jRHhXah6XG

In a separate post, NGOs in China’s Shawn Shieh summarizes some key points raised at a November meeting between Chinese Public Security officials and eleven foreign consulates regarding the law’s implementation:

About the question on the grace period, he replied that “China is a rule of law country, and any laws that go into effect will not have any grace period. When the Overseas NGO Law was passed on April 28, with the aim of going into effect on January 1, 2017, legislative bodies already considered this was a new law and allowed eight months for a preparation period to issue guidelines and catalogues for sectors and projects and a directory of PSUs. He also stated that as soon as the law went into effect, the activities of overseas NGOs and their representatives in mainland China that were registered or recorded would receive legal protection.

Regarding whether overseas NGO represenative offices could undertake activities across several provinces, he stated that based on Article 10 and 13 of the Law, FNGOs could set up one or more representative offices in China, and at the time of registration should confirm the geographic area for the activities carried out by that office. A representative office would be allowed to carry out activities across different provinces. For overseas NGO that set up two or more rep offices, the activities of these offices should not overlap or duplicate each other.

Regarding the question of how overseas NGOs that work in different sectors or fields would determine their PSU, he stated that currently they are working on a catalogue of overseas NGO sectors and projects and a directory of PSUs to provide clarification and detail on PSUs in the areas of economy, education, science and tech, culture, health, sports, environmental protection, humanitarian assistance, disaster relief, etc. He noted that “for overseas NGOs working in multiple sectors/fields, the MPS is proposing that overseas NGOs determine its PSU based on their primary or major field of activity. For the overseas NGO’s other fields of activity, the main PSU can consult with other relevant departments which should actively cooperate to ensure the management and service work is carried out, and ensure that the overseas NGO is complying with the law in carrying out activities in those issue areas.” [Source]

Chinese Foreign Ministry spokesman Geng Shuang said this month that the NGO law is designed to “protect the legitimate rights and interests of foreign NGOs operating in China so that they will be better integrated in the process of China’s economic and social development.” Yet, the law’s heavy emphasis on national security suggests that it is part of a broader campaign waged against perceived threats from abroad, particularly the fear by Chinese leaders that foreign governments are using nonprofit organizations as proxies to promote democracy in China. At The Wall Street Journal, Josh Chin discusses possible government intentions conveyed by the new law:

One veteran nonprofit staffer said he believed China’s government’s approach to foreign nonprofits is similar to its treatment of foreign technology companies: absorb what they have to teach, then use laws to push out undesirable ones and create local groups that are more easily controlled.

The small number of nonprofits already registered will be able to re-register under an expedited process, officials have said. Several Western officials, legal experts and nonprofit staff said they believed the government intends to let most unregistered groups enter the new year as illegal organizations to make it easier to control or expel them.

[…] For groups that can’t get registered, there’s a danger that international funders will pull support, or that local partners will be afraid to work with them, said Gisa Dang, former program director for Asia Catalyst, which does training and research on HIV and other health issues in Asia.

“I think that’s part of the plan,” said Ms. Dang, who moved to the U.S. from Beijing earlier this year. Asia Catalyst declined to comment. [Source]

See also Shawn Shieh’s commentary on an earlier draft guideline issued for the NGO law, and more about foreign NGOs in China via CDT.