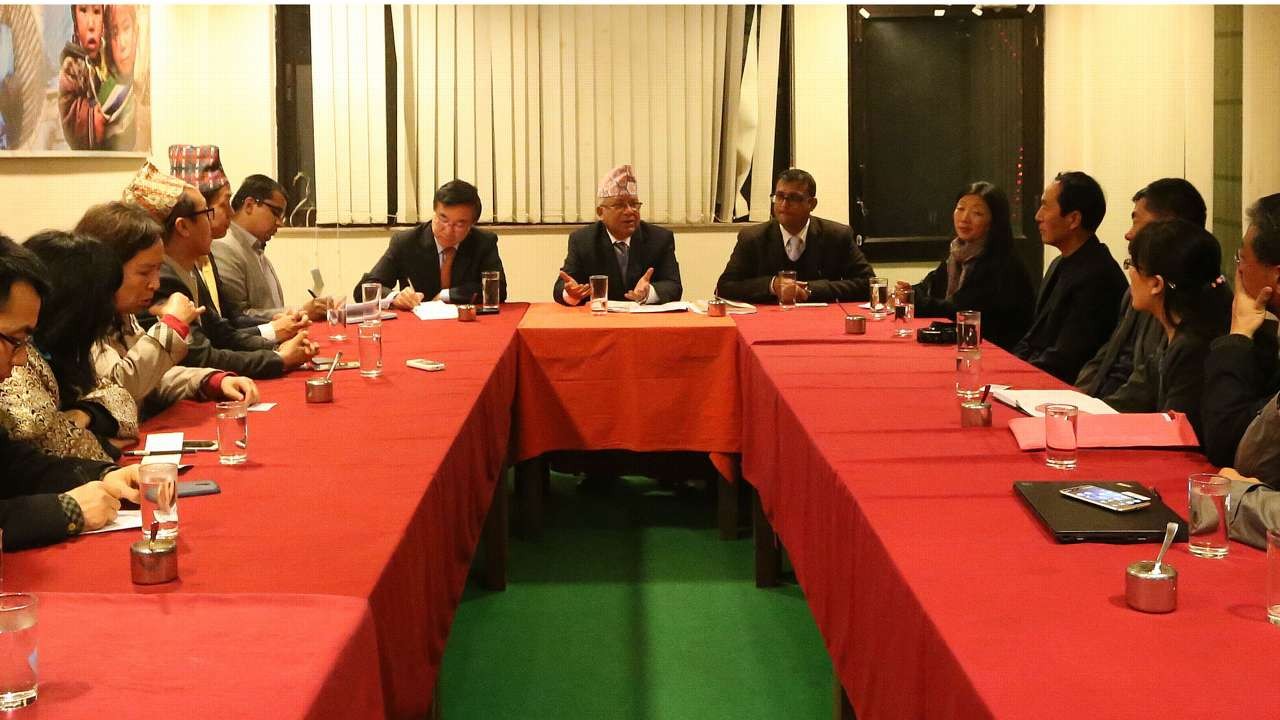 [… A]t the start of the Xi Jinping era, there was talk again of media “moving at the grassroots, transforming work attitudes, and changing writing styles,” an elaborate way of saying that traditional Party newspapers should strive to be competitive against commercial media and newly-emerging social media. Very quickly, however, the talk changed again, and we heard about the urgency of “media being surnamed Party,” which essentially laid fresh emphasis on the old “mouthpiece theory” of the media. But now, rather than applying more exclusively to Party news outfits that, as we say, “eat the emperor’s grain,” this theory was broadened to assert strict control over commercial newspapers and websites, and over all types of content, including commentaries and even advertisements.

[…] Unable to speak up under strict political and economic pressures, Chinese media stuck somewhere in the middle these days, talking without substance about changes in housing prices, or about remote international issues.

They don’t speak about power, nor do they dare talk about rights — whether the political rights of the citizen, such as the right to vote, or the economic rights of the taxpayer. The only arenas of relative safety left to them are finance, economics, and of course entertainment. [Source]

For more from CMP on media policy under Xi, see David Bandurski’s summary of a recent article from the Party Committee of the All-China Journalist’s Association. Xi’s views on the media, which the article praised as having “enriched the press theory of socialism with Chinese characteristics,” were also summarized in a China Daily infographic on Monday.

Xi reportedly took a personal interest in pushing the development of think tanks soon after he came to power in late 2012.

[…] This has led to what some analysts call a great leap forward in think tanks, as central government departments, local authorities and universities scramble to refashion old research institutes into think tanks, or set up completely new ones.

But the mushrooming number belies the fact that high-quality think tanks are still rare.

Most are directly owned and funded by the central government and local authorities.

[…] As a result, those think tanks have become the mouthpieces of government policies; they rarely criticise any government decision or offer effective alternative solutions and recommendations – something that anyone attending international symposiums and listening to presentations by Chinese researchers can attest to. [Source]

The Economist discussed the issue in 2014, noting that “the Western notion of think-tanks as a government’s ‘external brains’ has not taken root in China. […] The party wants its brains to be internal organs.”

Commenting at The New York Times in the wake of China’s recent failure to win formal recognition as a market economy, Yi-Zheng Lian described the extent to which Party control pervades even private sector business:

Hyper control, interventionism, currency manipulation — no, China is not a market economy. But it’s worse than that: The Chinese Communist Party (C.C.P.) has systematically infiltrated China’s expanding private sector and now operates inside more than half of all nonstate firms; it can manipulate or even control these companies, especially bigger ones, and some foreign ones, too. The modern Chinese economy is a party-corporate conglomerate.

[…] Starting in 2001, every private-sector firm with at least three C.C.P. members among its employees was required to have a party unit. Much like the party cells in the Red Army decades earlier, party units in companies were expected to “firmly implement the Party’s line, principles and policies,” as the Constitution of the C.C.P. stipulates.

[… T]he problem isn’t just that the Chinese economy isn’t a market economy in that the government won’t let it operate freely enough. Its very structure, including in the private sector, has been designed — and is redesigned, again and again — to serve the C.C.P.’s will and its interests, economic and political. This party-corporate complex is only going to expand as most state-owned enterprises, inefficient holdovers from the old economy, are being supplanted by the fast-growing private sector. [Source]