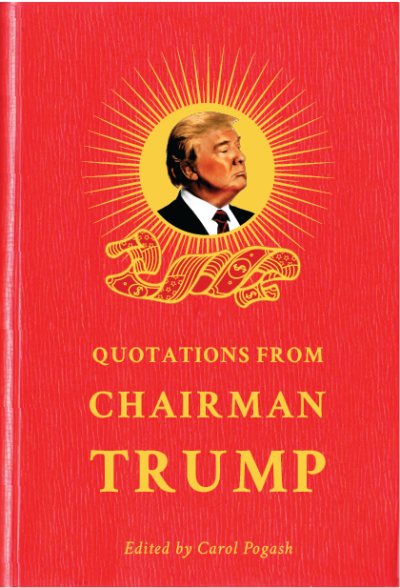 Activists and others have urged U.S. President Donald Trump to raise human rights issues with China’s Xi Jinping during a two-day meeting this week, but some argue that he lacks credibility to do so. Human Rights Watch’s Sophie Richardson surveyed the rights context of the summit at USA Today on Wednesday:

Xi has overseen China’s worst rights rollback since the 1989 Tiananmen massacre. Peaceful protesters, from feminists raising awareness about sexual harassment to the Tiananmen Mothers, have been met with detention and house arrest. When some Communist Party members wrote to Chinese leaders criticizing their authoritarian tendencies and urging that they resign, authorities responded by detaining 20 people thought to have been involved. Human rights lawyers taking politically sensitive cases to court have not only been blocked from doing so — they’ve also disappeared and been tortured. People campaigning independently, even on topics the authorities say they support, such as anti-corruption or inter-ethnic dialogue, now find themselves rewarded with life sentences.

[…] Despite talking tough on contentious questions such as Taiwan, trade and the South China Sea, when it comes to human rights, Trump administration officials have seemed unwilling to confront their Chinese counterparts. On his first trip to Beijing as secretary of State, Rex Tillerson said human rights are “embedded in everything we do,” but there was no concrete evidence that they were reflected in anything he did or said. The administration’s unwillingness to sign a letter to Beijing with 11 other countries condemning the torture of Chinese human rights lawyers suggests future timidity rather than toughness. And the similarity of views between U.S. and Chinese officials on human rights touchstones such as treatment of Muslims and press freedom is worrying. [Source]

Human Rights Watch also offered a brief overview of rights abuses ahead of the summit on its own site, while the University of Notre Dame’s Michel Hockx further explored similarities between Trump and Xi in an op-ed at CNN on Wednesday. Read more on the 11-country letter, America’s non-participation, and its fueling of existing fears about the Trump administration’s human rights stance via CDT; and on the “extraordinary” reaction by “seriously rattled” Chinese authorities at China Change. The Australian Broadcasting Corporation revealed the latest apparent development in that response on Thursday: the abrupt cancellation two weeks ago of a planned visit to China by members of the federal parliament’s Law Enforcement Committee.

The last U.S. administration played down human rights from its first encounters with Beijing and focused primarily on security and economic concerns. But public U.S. support for human rights in China actually protects America’s economic, political, and security interests. Chinese government restrictions on basic freedoms, such as Beijing’s policies of internet censorship and a recently adopted law restricting foreign non-governmental organizations, directly harm U.S. companies and cost the U.S. economy billions of dollars a year. The law was passed over strong objections from U.S. businesses. These same policies constrain ordinary Chinese citizens’ freedom of expression, access to information, and understanding of the United States.

[…] U.S. leadership on human rights issues is critical to protecting vital interests of the United States. The strongest bilateral relationships are the ones in which leaders can speak honestly and openly with one another. Speaking the truth is an asset to U.S. diplomatic relations and to freedom around the world. A government in China that respects the inherent rights and fundamental freedoms of all people will foster a sincerely cooperative U.S.-China relationship that benefits the people of both countries. Your ability to clearly and publicly communicate this message to President Xi will set the course for a new, more constructive bilateral relationship and stronger partnership between the American and Chinese people. [Source]

Trump needs to make clear that the harassment of foreign journalists, blockage of foreign media websites and the denial of visas to foreign correspondents and scholars; restrictions on US think tank activity; constriction of the activities of non-governmental organisations working in China; and the inability of US internet and IT companies to operate normally in China (while their Chinese counterparts operate with complete freedom in the US) are now drastically compromising the ability of China and the US to maintain a healthy relationship.

[…] What gets written on this blank sheet of paper of the Trump-Xi era when these two leaders meet at Mar-a-Lago will set the course for relations between these two powerful nations. Because there is no good alternative to the US and China working together, it is critical that Trump, even as he pushes back, which in many areas is now called for, must move deliberately, respectfully, and systematically to try to right the relationship and put it on a steady course. [Source]

“As President Trump welcomes Chinese President Xi to Florida, we cannot forget the men and women who languish unjustly in prison, the family members who do not know the fate of their loved ones, and the professionals who have disappeared for simply doing their job,” said CECC Chair Marco Rubio. “These people are not statistics, they are booksellers and pastors, writers and Nobel Laureates, lawyers and rights defenders. While recognizing the broad scope of U.S.-China bilateral relations, it is unacceptable for President Xi to get a pass on human rights. Not only is there a moral imperative to press for dissidents’ immediate and unconditional release, it also aligns with our national interests. No nation that flouts the rule of law at home and disregards the basic rights and inherent dignity of its own citizens can be trusted to be a responsible stakeholder on economic and security issues.”

“President Xi has overseen one of the most repressive periods in the post-Mao era. The men and women highlighted here are the human face of this repression. We too easily forget that behind the trade deficits and security concerns, real people pay a huge price for standing up for freedom. For this they are heroes and their unconditional release should be a prominent part of this week’s summit,” said CECC Cochair Chris Smith. “The President has the historic opportunity to change the failed policy assumptions of the past, increased trade and prosperity have not brought political liberalization to China. He should be consistent and strong on human rights protections and rule of law development because China’s failures in these areas critically impact economic relations and regional security. U.S. foreign policy must ensure that China plays by international rules so that our workers can compete on a level playing field; our food, investments, and cyberspace are safe and secure, and the men and women who suffer for freedom in China are protected.” [Source]

The CECC’s database of Chinese political prisoners, and the shifting sensitivities it reveals, were the focus of a recent report by The World Post’s Peter Mellgard.

At The Guardian, Tom Phillips reported on doubts that the U.S. can now act as a credible rights advocate:

Nicholas Bequelin, Amnesty International’s East Asia director, said Trump’s open contempt for the judiciary and support for policies “in absolute and complete contradiction of human rights obligations under international law”, such as his travel ban, meant the days when Washington could effectively lecture countries like China on human rights were over.

“When a repressive government chooses to send someone to jail … they make political calculations about the benefits and costs of putting that person away,” he said.

“The fact that the US seems to be abandoning any kind of role in maintaining a consistent message on human rights and protesting human rights violations affects the calculations of these governments. They are just going to think there is no price to pay for political repression. So it will embolden them and at the end of the line human rights defenders in China will pay a heavier price … It is not going to be pretty.”

Bequelin said that with Trump in the White House, Beijing would feel “relief that there is no strong moral authority coming from the US anymore”. [Source]

The New York Times’ Peter Baker wrote that Trump in any case shows little inclination towards public rights support. His administration has claimed to favor private talks, an approach towards which many activists and others are deeply skeptical.

Mr. Trump has dispensed with what he considers pointless moralizing and preachy naïveté. He has taken foreign policy to its most realpolitik moment in generations, playing down issues of human rights or democracy that animated his predecessors, including Jimmy Carter, Ronald Reagan, George W. Bush and Barack Obama. His “America First” approach focuses not on how other nations treat their people but on what they can do for the United States.

The past week has showcased the emerging philosophy. Even before Tuesday’s brutal chemical weapons attack in Syria, the Trump administration had said that pushing out Mr. Assad, Syria’s president, was not a priority, reversing Mr. Obama’s position. On Monday, Mr. Trump welcomed Egypt’s authoritarian leader, Abdel Fattah el-Sisi, to the White House with no public mention of the thousands of political opponents imprisoned there. […]

[…] Aides said human rights remained a concern for Mr. Trump. But, they added, he believes he will be more effective raising the issue in private. A senior White House official previewing this week’s visit of Mr. Xi of China on the condition of anonymity told reporters on Tuesday that human rights were integral to American foreign policy and would be brought up in the Chinese-American relationship.

[…] “While there have been strong statements made by senior people in the administration, we haven’t heard that echoed at the top, and that creates confusion about human rights and its place on the president’s foreign policy agenda,” said David J. Kramer, an assistant secretary of state for human rights under Mr. Bush and now a scholar at the McCain Institute for International Leadership. [Source]

A statement from Amnesty International warned that public silence would be dangerous:

“As two of the most powerful leaders in the world today, what President Trump and President Xi say and do on human rights reverberates far beyond their two borders. This meeting comes as both presidents are rolling back human rights protections, impacting millions of people in China, the US and across the globe. From refugees turned away at the US border to human rights lawyers languishing in Chinese prisons, the consequences of their contempt for human rights are devastating,” said Salil Shetty, Secretary General of Amnesty International.

“Human rights are under grave threat around the world and without bold, principled leadership we are headed in a very dangerous direction. The rest of the world is watching: President Trump and President Xi must place human rights at the heart of their meeting’s agenda, stepping back from the brink and reaffirming their commitments to their international obligations.”

[…] “Many governments will take their cue from the Trump administration and the message so far is that President Trump is prepared to turn a blind eye to serious human rights violations,” said Margaret Huang, Executive Director for Amnesty International USA.

[…] “When a narrow national interest usurps human rights, basic principles – from accountability for mass atrocities to the right to asylum – are at stake. If two of the world’s most powerful leaders continue to side-line human rights it will have a devastating domino effect, placing established human rights protections in jeopardy and lead to further crises,” said Salil Shetty. [Source]