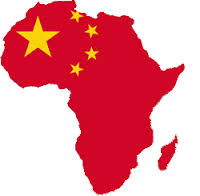 In the New York Times, Brook Larmer looks at Chinese businesses and immigrants in Namibia to explore China’s complex relationship with the African continent as a whole as well as China’s global ambitions more broadly. Larmer writes:

China’s advances have come as the West seems to be retreating. United States engagement in Asia, Africa and Latin America declined after the Cold War, when the regions served as proxies for superpower rivalries. China’s rise and the wars in the Middle East also pulled away resources and attention. And now, with Washington raising doubts about global agreements on issues like free trade and climate change, Beijing has more leverage to push its own initiatives and show its capacity for global leadership. President Trump’s disdain for the Trans-Pacific Partnership has already made Beijing’s trade proposals, which exclude the United States, more appealing. “In certain parts of the world, the relative inattention of the Trump administration is definitely creating an opening for China to fill,” says David Shambaugh, director of the China Policy Program at George Washington University and author of the 2013 book “China Goes Global.” But “China remains very much a partial power — and only offers other countries an economic relationship.”

Still, for a nation like Namibia, China’s pitches can be irresistible partly because they’re rooted in historical solidarity. Beijing backed the black nationalist movement’s liberation struggle against apartheid and its white South African overlords. Sam Nujoma, the leader of the South West Africa People’s Organization (Swapo), visited Beijing in search of guns and funds in the early 1960s. When Namibia finally claimed independence in early 1990, with Nujoma as president, China became one of its first diplomatic allies, pronouncing the two countries “all-weather friends.” (Beijing was also desperate for allies to break its diplomatic isolation after its violent crackdown on the 1989 democracy movement.)

In addition to offering its own history as a model for climbing out of poverty, China provides no-strings financing that, unlike Western aid, is not conditional on such fine points as human rights, clean governance or fiscal restraint. “We welcomed China very much because, for the first time, it gave us a real alternative to a Western-driven agenda, whether it was South Africa or the Western world,” Calle Schlettwein, Namibia’s minister of finance, told me. “The Chinese say, ‘We want you to be masters of your own destiny, so tell us what you want.’ ” But they have their conditions, too, he says. “They want de facto total control over everything, so it’s difficult to bring about a situation that is truly beneficial.” [Source]

In the Diplomatic Courier, Uju Okoye writes about China’s “no-strings financing” and its impact on human rights in various African countries:

The calculus is simple: in exchange for the resources required for China’s sustained economic growth, the Chinese government provides cash, weapons, and even diplomatic cover for its oppressive African partners. All the while, Chinese government rhetoric claims to stand for historical justice and the betterment of third countries through development.

[…] The Chinese government responds to accusations that it enables Mugabe’s oppression with its trademark cynicism. By claiming to be “apolitical”—not getting involved in other countries’ internal affairs—Beijing absolves itself of all guilt. Indeed, China’s foreign policy decisions are apparently guided solely by economic self-interest. Beijing’s aid and investment model seeks to maximize profits by taking norms and values out of the equation. Unburdened by ethical concerns, China is happy to disregard crimes committed by the regimes it does business with, so long as the returns are substantial. This position was infamously epitomized by former Deputy Foreign Minister Zhou Wenzhong, who stated “business is business” in response to international criticism that China’s aid and investments in Africa only help to strengthen dictatorial regimes. [Source]

At the New York Times, Andrew Jacobs looks at how one particular resource, fisheries, illustrates the dynamic between China and the African countries where they invest:

Increasingly, China’s growing armada of distant-water fishing vessels is heading to the waters of West Africa, drawn by corruption and weak enforcement by local governments. West Africa, experts say, now provides the vast majority of the fish caught by China’s distant-water fleet. And by some estimates, as many as two-thirds of those boats engage in fishing that contravenes international or national laws.

China’s distant-water fishing fleet has grown to nearly 2,600 vessels (the United States has fewer than one-tenth as many), with 400 boats coming into service between 2014 and 2016 alone. Most of the Chinese ships are so large that they scoop up as many fish in one week as Senegalese boats catch in a year, costing West African economies $2 billion a year, according to a new study published by the journal Frontiers in Marine Science.

[…] The sea’s diminishing returns mean plummeting incomes for fishermen and higher food prices for Senegalese citizens, most of whom depend on fish as their primary source of protein.

“We are facing an unprecedented crisis,” said Alassane Samba, a former director of Senegal’s oceanic research institute. “If things keep going the way they are, people will have to eat jellyfish to survive.” [Source]

The New York Times editorial board also weighed in:

The result: The Chinese government is basically snatching fish out of the nets of poor fishermen in Africa in order to keep fish on plates in China.

[…] Further, many Chinese ships don’t hesitate to break the law to meet soaring demand. In 2015, Greenpeace found numerous cases of illegal Chinese fishing in West African waters, including ships that misreported their coordinates or underreported their tonnage: known ploys to fish in prohibited areas. Yet this presents nations like Senegal with a difficult choice, because China is also pumping $60 billion into African development. As Alassane Samba, the former head of Senegal’s Oceanic Research Institute, put it, “It’s hard to say no to China when they are building your roads.” [Source]

As Lily Kuo reports for Quartz, in South Africa and other countries, the wave of Chinese immigration and investment is ceding and even reversing as the economic situation and local attitudes toward resident Chinese have shifted:

Now, a relentlessly bad economy, a rising tide of xenophobia, and competition from new malls as well as African traders who have forged their own connections in China, are forcing Chinese traders and business people to consider leaving. The threat of a downgrade of South Africa’s debt, now a reality, and heavy regulations have also dissuaded Chinese businesses and investors from coming in the first place.

[…] “What’s the point of working in South Africa where it is more dangerous and lonely when you could be making the same wage in China?” says Mingwei Huang, a doctoral student at the University of Minnesota, echoing sentiments expressed by traders during her research at the China malls.

[…] It’s not just the Chinese in South Africa who are struggling. In Senegal and Ghana, the Chinese find themselves competing in markets already saturated with Chinese goods. Chinese in Botswana are facing competition from local traders and a weakening local currency, according to researchers.

The number of Chinese in Angola has fallen to about a quarter of what it was four years ago, according to the Angola-China Industrial and Commerce Association. African traders based in China or on the continent importing Chinese goods are also seeing business slow. [Source]

See more on Chinese investment in and relations with Africa from CDT, including a 2014 interview with Howard French about his book, “China’s Second Continent: How a Million Migrants Are Building a New Empire in Africa.”