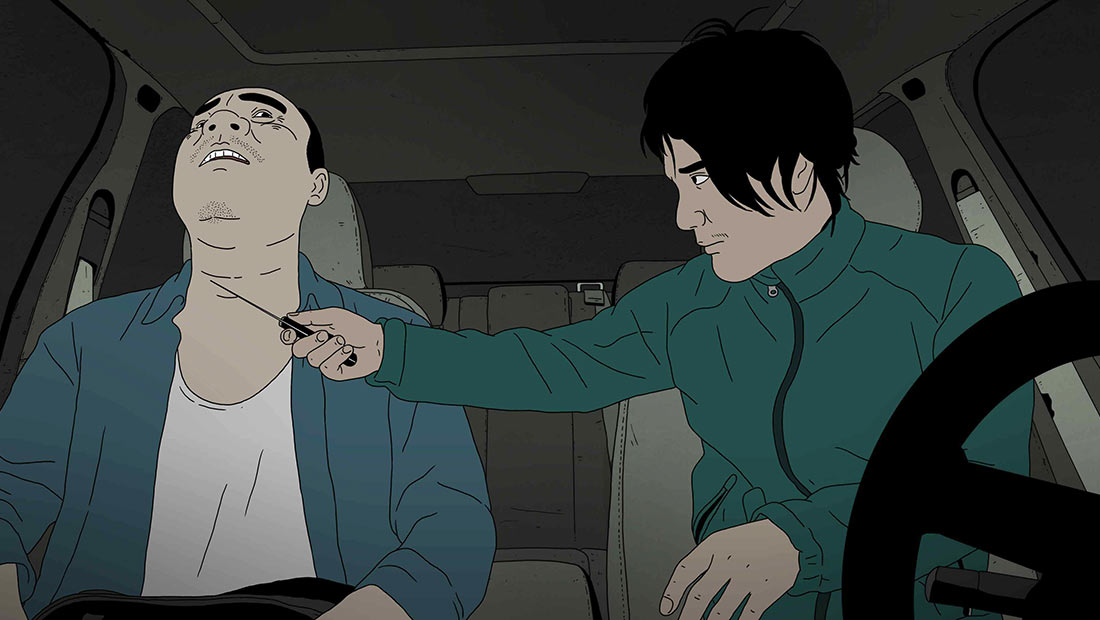 Variety’s John Hopewell and Emilio Mayorga list several key takeaways for the animation industry from this year’s Annecy Animation Festival, which closed on Saturday. Several of their points involved China:

2. ANNECY – AND THE ANIMATION SECTION AT LARGE – SURGES ON

France’s Annecy Intl. Animation Film Festival surges on. Accreditations – not attendance – surged past 10,000 this year, for the first time ever; Upping from three-to-four days and adding a Mifa Campus, Annecy’s International Animation Film Market (MIFA) moved past 3,000. To put that in perspective, the Cannes Marché du Film this year hit an all-time record of 12,324 accredited participants. put that down to the explosion of animation around the globe, said MIFA head Mickael Marin. Here, the final frontiers are China and Africa.

“For me, the main takeway from Annecy – and indeed the theme of the year – is that China has arrived. We’ve seen Chinese studios and buyers for some time, but they didn’t play a key role,” said David Michel at Paris-based Cottonwood Media. He went on: “What’s really changed the game is the series Super Wings, a Chinese show, with a U.S. producer on board. It’s been a massive success everywhere. Since then, a lot of Chinese animation companies and producers are actively looking for foreign IPs and pre-buys.” On the downside, the Annecy Festival was forced to pull Chines competition contender “Have a Nice Day,” after it was refused a work permit [Source]

For many China-watchers, the most prominent news from the festival was that of "Have a Nice Day"’s removal. At Cartoon Brew, Amid Amidi suggested that China, as well as the industry, could learn something from the festival:

Despite the film’s lack of presence at Annecy, [Liu] Jian’s film has been screened at other international venues. Earlier this year, Have A Nice Day became the first Chinese animated feature to screen in competition at the Berlin Film Festival.

Last March, it also screened at the Holland Animation Film Festival, and this week it is screening at Animafest in Zagreb.

With multiple French media outlets picking up the story about the film’s censorship at Annecy and the Streisand effect now set into full motion, the Chinese government appears to have overplayed its hand and unintentionally driven more attention to Jian’s film than it would have otherwise received.

More damaging than that, however, Chinese authorities have tarnished the entire country’s spotlight at Annecy, showing that even as animation booms in their country, there are clear creative limits on what artists can and can’t portray in Chinese-produced animation. [Source]

Fergus Ryan reported on the decision to remove the film at China Film Insider last week:

Have a Nice Day by Chinese director Liu Jian was dropped from the world’s biggest animation festival after repeated requests from Chinese officials “in an increasingly firm tone,” according to the organizers.

Patrick Eveno, director of Citia, the festival’s organizer, told French Catholic newspaper La Croix on Tuesday that the festival was put under pressure from Chinese officials.

“Even before we announced its selection, the Chinese authorities were worried about whether we intended to [include it in the] program,” Eveno said.

[…] “We must remove one of the feature films selected in [the] competition at Annecy 2017, Liu Jian’s Have a Nice Day, from our program following a decision that has been imposed upon us,” the statement read.

“We’re disappointed about the official pressures that have prevented us from presenting this remarkable film this year and we hope that international audiences will soon have the possibility to see it.” [Source]

“Have a Nice Day” is a hand-drawn 2-D piece made over a period of three years. The plot centres around a group of characters and their pursuit of a bag of cash in a small Chinese town. Set in contemporary China, the film is made in the style of a dark comedy that offers a gritty portrayal of Chinese society’s fixation on money. Variety’s Jessica Kiang reviewed the film in February:

It’s hardly the first place you’d expect a Goethe reference, but the fizzy, ’80s-influenced synthpop song that closes Liu Jian’s animated Berlin competition title “Have a Nice Day” (written, like all the film’s irresistible soundtrack cues, by composer David Liang of the Shanghai Restoration Project) does feature the chorus line, “I am the sorrows of young Werther.” But then, incongruity is sort of the name of the game here: Liu’s storyline may be a slight and generic madcap gangster/hitman/thief movie, but the details of aesthetic design and character interaction flesh it out into something a little more wittily resonant, if not exactly deep. The pointed inventiveness of the carefully premeditated form doesn’t just compensate for the banality of the content, it becomes the content.

[…] This is a story of gangster-archetype lowlifes, shady opportunists and hired killers, only distinguished from a thousand sub-“Pulp Fiction” knockoffs by the specificity of its location in the unlovely, underclass regions of a southern Chinese city and by Liu’s efficient, muted-palette drawing style. In these ugly surroundings, we meet two construction workers who are also low-level delivery boys for a local mobster, and are in possession of a case filled with a million yuen (just under $150,000). [Source]

Gritty portrayals of crime in China have often proved sensitive: as a notable example, the Shanghai of Qiu Xialong’s detective novels was thinly veiled as “H City.” “Have a Nice Day”‘s portrayal of China’s social conditions had alarmed Chinese censors even before the film was selected for the festival, as Catherine Lai at Hong Kong Free Press reported. While the festival organizers have faced some criticism for bowing to Chinese pressure, they have defended the decision as necessary to protect the filmmakers.

Another unnamed official from the festival told the paper that Chinese authorities told them they did not grant an exit visa for the film and asked them to remove it, “which we refused, even though the request was repeated several times and in an increasingly firm tone.”

The organisers finally decided to remove the film when its producer asked them to do so last week, Eveno said.

“From then on, we had no choice. We did not have the right to endanger the film’s team,” he added.

[…] “The film’s inscrutable, laconic humour holds up a magnifying glass to attitudes to life and social conditions,” the film’s synopsis on the programme of Berlin’s international film festival says. “Humankind’s constant greed meets a deeply insecure country in transition…  The signs and symbols of capitalism impose themselves everywhere, but most people are excluded from the life these signs promise.” [Source]

The film will likely still be played in theatres within China despite being pulled from the animation festival. Stephen McDonell at BBC reports:

Producer Yang Cheng told the BBC that the piece was "about people’s desire and fate".

He said that "the Chinese movie industry should be proud of it," adding "it has nothing to do with politics".

He confirmed that it was his team that had asked the Annecy festival organisers to pull the film.

Despite the pressure being brought to bear from Chinese government officials to stop the movie being shown in France, Yang Cheng said he was still optimistic that Chinese audiences would get to see it.

"We hope it will be shown in Chinese cinemas in the second half of this year," he said.

Recently the Chinese government has taken a harder line on the appearance of films overseas. It requires any work being shown in an international festival to gain approval from the authorities here. [Source]

Elsewhere at China Film Insider, Cannes panelists discussed the growth of art house cinema in China and the increase in demand for more quality films from the country’s new generation of emerging filmmakers. From Jonathan Papish:

From a filmmaking standpoint, opportunities for art house fare are growing in the Chinese market.

“When I started making films a few years ago, it was very difficult to find the funding. Sometime I had to look for money myself or make the films with very low budgets. Now in the last few years the situation has changed completely and there is more and more resources available for independent movies.” — Li Ruijun (director, Walking Past the Future)

[…]  Exhibitors and distributors are also bullish on the changes they see in the industry.

“Until some time ago it was very difficult to push art house films into the theaters. But now thanks to the new Alliance that was created among a group of players, we can rely on a good chain of cinemas that can guarantee these titles a good number of screens all over the country.” — Gary Mak (director, Broadway Cinematheque) [Source]