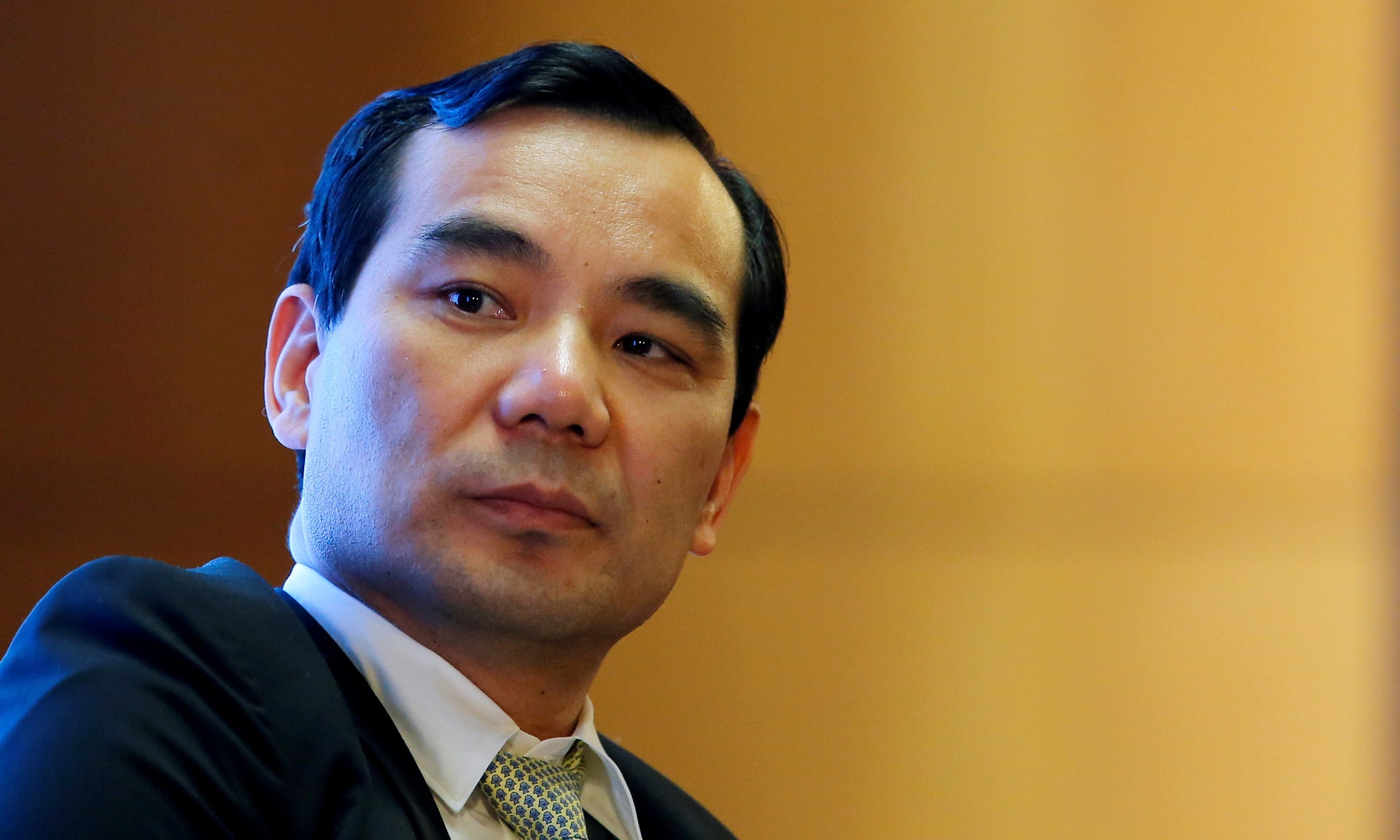 Anbang Insurance Group announced this week that its chairman Wu Xiaohui has temporarily stepped down due to “personal reasons.” The announcement came following domestic media reports that Wu was detained by authorities on Friday in Beijing and taken in for questioning. Wu’s detention comes amid a broader crackdown on corruption and an effort by central authorities to discipline the financial industry. Benjamin Haas at The Guardian reports:

Wu Xiaohui, the chairman of Anbang Insurance, was “unable to perform his duties for personal reasons”, the company said.

Caijing, a respected Chinese news magazine, reported that Wu Xiaohui had been taken away by police on Friday in Beijing and that government regulators had then met the company the following day. The report was quickly deleted, highlighting the sensitivity of the case.

Anbang, which is closely connected to the Chinese government, said the company was operating normally and that Wu had delegated power to other executives.

[…] Wu’s detention comes amid a flurry of political activity among Chinese tycoons in the months leading up to a critical Communist party meeting later this year.

In January, Xiao Jianhua, a billionaire, was abducted by Chinese security agents from his apartment at the Four Seasons in Hong Kong and spirited across the border. In recent months, Guo Wengui, a businessman in self-imposed exile in New York, has accused top Communist party officials of corruption, threatening to release documents proving his allegations while publicly hoping to come to a deal with Chinese leaders. [Source]

Under Wu’s leadership, Anbang embarked on an aggressive overseas buying spree in recent years beginning with the acquisition of the Waldorf Astoria hotel in New York in 2014. Wu’s high-profile foreign business dealings, including the unsuccessful attempt to invest in a building tied to Jared Kushner, highlight the extent to which the company has “tested the unwritten rules of the Chinese business world,” for which Wu is likely being penalized. Keith Bradsher and Sui-Lee Wee at The New York Times report:

On paper, the company appeared to be a quiet, conservative insurer. But Anbang often seemed to behave as though the usual informal political guidelines did not apply — possibly because Mr. Wu was married to a granddaughter of Deng Xiaoping, a major Communist Party figure who was China’s paramount leader in the 1980s.

[…] Anbang tried late last year to invest in an office building partly owned by Mr. Kushner. The potential investment, which was never consummated, became controversial in the United States because of Mr. Kushner’s role in setting China policies in the Trump administration, and exposed Beijing to accusations that it was trying to meddle in American politics. No Chinese bank stepped forward to play any role in a possible transaction.

Some analysts in China said that political considerations were likely to be the main reason that Beijing had detained Mr. Wu, pointing to a Communist Party meeting scheduled for late this year at which party officials are to consider changes in leadership. Anbang has a murky ownership structure that traces back to family and friends of Mr. Wu who live on apparently modest means, fueling speculation in China that other wealthy and powerful figures may be behind it.

[…] Anbang also pushed — and even defied — the government’s often loosely defined limits on what Chinese insurers are allowed to do. [Source]

Anbang’s opaque ownership arrangement and its lack of transparency had become an issue of concern for regulators in New York, who refused to issue approval for the company’s plan to purchase a U.S. insurer after it failed to disclose its funding and shareholding structure. The New York Times’ Michael Forsythe and Alexandra Stevenson report:

Anbang, which originally focused on car insurance and was partly owned by a state-owned automaker, expanded quickly and moved its headquarters to Beijing.

While Anbang’s growth was easy to track, its ownership was not. Last year, an investigation by The New York Times into the company found that 35 of its 39 shareholders, all companies, were once owned by Mr. Wu or his relatives, Deng’s granddaughter or Mr. Chen.

While many of the companies are owned at least in part by Mr. Wu’s family members near Wenzhou, a heavily Christian city south of Ningbo, the trail to identify other current owners ended at times at mail drop boxes and empty offices, The Times found.

That unusual structure drew the attention of insurance regulators in New York, who asked Anbang last year to provide more information before it signed off on a proposed $1.6 billion acquisition of a Des Moines-based life insurer, Fidelity & Guaranty Life. That deal, like those for Starwood and the Kushners’ Fifth Avenue office tower, fell through. [Source]

At Bloomberg, Keith Zhai and Ting Shi write that Wu’s detention does not bode well for China’s billionaires.

Wu is the latest example of the new reality in Xi Jinping’s China: Almost anyone could be hauled away at any time, regardless of cash or connections. Since Xi became party chief in 2012, billionaires and senior Communist Party members alike have been among those rounded up for questioning over corruption, financial crimes or other misdeeds.

While it’s unclear if Wu did anything wrong, his mysterious absence reinforces the strength of Xi, who’s already one of China’s most powerful leaders since Mao Zedong. At the same time, it risks leading to pushback against Xi ahead of a twice-a-decade leadership reshuffle just a few months away — the most significant political event in China’s opaque, one-party system.

“These billionaires are similar to the oligarchs: It gives Xi the opportunity to seize evidence against his political rivals by controlling them before the party reshuffle,” said Zhang Lifan, a Beijing-based historian whose father was a minister under Communist rule before being purged in the Cultural Revolution. “This could possibly stir up resentment among Xi’s rivals and risks causing a backlash against the legitimacy of the Communist Party.”

[…] “The billionaires need the security of a new passport,” said Hu Xingdou, an economics professor at Beijing Institute of Technology. “Anyone could become a criminal overnight.”[Source]

Another billionaire, Guo Wengui, has also been causing a headache for Beijing by taking to Twitter and YouTube to unleash explosive accusations of corruption and wrongdoing against top government leaders and well-connected business people. In a recent interview with Mingjing, he claimed to have evidence proving the U.S. citizenship of Yao Mingshan, the wife of Wang Qishan, a member of the Politburo Standing Committee and Xi Jinping’s powerful anti-corruption czar. Under Xi and Wang, the Communist Party has cracked down on “naked officials” who send illegally obtained funds to family members residing abroad. Guo also claimed to have documentation of offspring of top leaders with billions of dollars in illegally obtained assets. Early this year, another well-connected business tycoon, Xiao Jianhua, was abducted from his hotel room in Hong Kong and is believed to be currently undergoing questioning by investigators in China.