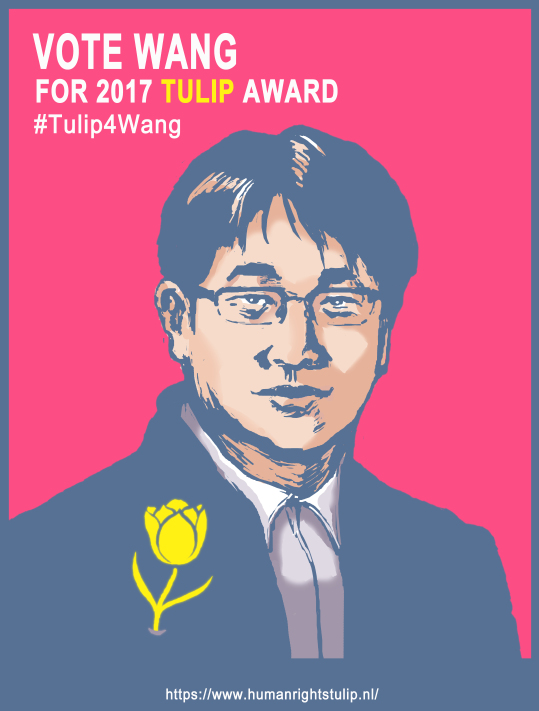 Two years into the escalated crackdown on rights lawyers that began on "Black Friday" in July 2015, Human Rights Watch highlights a series of inspections of Chinese law firms by the Ministry of Justice in recent weeks, ostensibly meant to "strengthen" and "standardize" their supervision. The group’s warning follows a speech by Justice Minister Zhang Jun calling for “harsh discipline, but much love,”

“While China’s human rights lawyers are no strangers to official harassment, these sudden, invasive probes send an alarming message,” said Sophie Richardson, China director at Human Rights Watch. “Yet again, China’s authorities are putting lawyers on notice that they are subject to the whims of the government.”

[…] The new round of intimidation against law firms raises concerns of a renewed crackdown on human rights lawyers, said Human Rights Watch. The lawyers interviewed described their interviews with authorities as intimidating. Said one lawyer: “It made me worried. They didn’t use strongly worded language, but they asked about my parents and my children. This is unusual as I don’t know them well at all…[so] it made me feel scared.” Another lawyer said that an official said threateningly: “There are lot of problems with your firm,” but gave no details about the problems or how they would be resolved. Authorities told one firm that the lawyers would be required to sign some kind of pledge, but again without details.

China’s Bureaus of Justice, under article 52 of the Lawyers’ Law, have the right to “conduct routine supervision and management” of lawyers and law firms. The supervisory powers under article 64 of the Management Methods on Law Firms are broad and vaguely defined, and permit the examination of firms’ “compliance with laws, rules, and regulations” and their “internal management.” The bureaus are not required to apply a set procedure before subjecting the firms to these investigations. The Management Methods also explicitly require lawyers and law firms to “support the leadership of the Chinese Communist Party,” and to establish Party branches in law firms. Lawyers are prohibited from expressing opinions that “reject the fundamental political system” of China or may “endanger national security.” [Source]

The search on the office of Mo Shaoping, a prominent Beijing lawyer known for defending sensitive human rights cases, was conducted by the Beijing Municipal Bureau of Justice, a source with knowledge of the case told RFA’s Mandarin Service.

"The searching personnel were led by about 10 Beijing local district judicial office managers,” the source said. “The purpose of the search was to begin what will probably be a 10-day ‘Special Inspection’ before the 19th Party Congress," RFA’s source said.

[…] The search of the office of Mo, a lawyer of Nobel Peace Prize laureate Liu Xiaobo who died of liver cancer in July, was aimed at "examining if all government rules and regulations are followed in the management and operation of the law firm,” the source said.

However, Beijing-based right lawyer Li Jinglin told RFA on Monday that “the so-called ‘Special Inspection’ is of course not targeting all law firms in Beijing. Mo Shaoping’s office always represents sensitive cases and clients, so he was singled out.” [Source]

Zhu Shengwu, who represented defendant Wang Jiangfeng after he used Xi’s nickname "steamed buns" online, said he has been told he is under a disciplinary investigation, meaning that his license to practice law could be revoked at a hearing on Sept. 21.

"The investigation didn’t directly touch on the Wang Jiangfeng case, but I think that’s what this is about," Zhu told RFA on Wednesday. "Because they shut down my access to social media after my defense statement."

[…] The ruling Chinese Communist Party recently ordered dozens of lawyers to endorse a "declaration" accepting further controls on the legal profession at a compulsory "symposium" in Beijing in late August.

More than 70 lawyers with a history of defending vulnerable groups in cases considered politically sensitive by the government were told to attend, where they were told that a "Western-style" separation of powers and judicial independence isn’t suited to China.

Among those ordered to attend were the former attorney of late Nobel peace laureate and political prisoner Liu Xiaobo, as well as lawyers who represented the families of children who died or were made sick by the 2008 tainted baby milk scandal, and those who defended fellow lawyers in the July 2015 crackdown. [Source]

Wang’s family and friends have not heard from him since he disappeared on August 3, 2015 as part of a sweeping crackdown on human rights lawyers, legal staff and activists in the summer of 2015. He is still being held in detention, with a trial yet to take place.

A lawyer at the Fengrui law firm, which saw many of its staff detained in the crackdown, Wang had worked on the cases of Falun Gong practitioners, investigative journalists and democracy advocates.

Lawyers Cheng Hai and Lin Qilei, who were hired to represent Wang by his family, requested a meeting with their client on Wednesday morning at the detention centre in Tianjin where he is being held, but staff turned down their request. [Source]

Wang was recently shortlisted for the Dutch Foreign Ministry’s Human Rights Tulip Award, with a worldwide public vote carrying him to the final three. The final selection will be made by the Netherlands’ Minister for Foreign Affairs by December 8.

China’s Ministry of Justice may have failed to scrutinize its own ranks with the same vigor as it is reportedly inspecting lawyers’. As South China Morning Post’s Wang Xiangwei wrote last weekend, it fell to the Party’s Central Commission for Discipline Inspection to identify Lu Enguang, who reportedly purchased business and official positions, academic qualifications, and a seven-year age reduction, all while fathering a regulation-breaching seven children and becoming head of the Ministry’s political department, with a seat on its leading party group and the rank of deputy minister. "That a con artist could rise to the heart of China’s justice system is truly mind boggling," Wang observed.