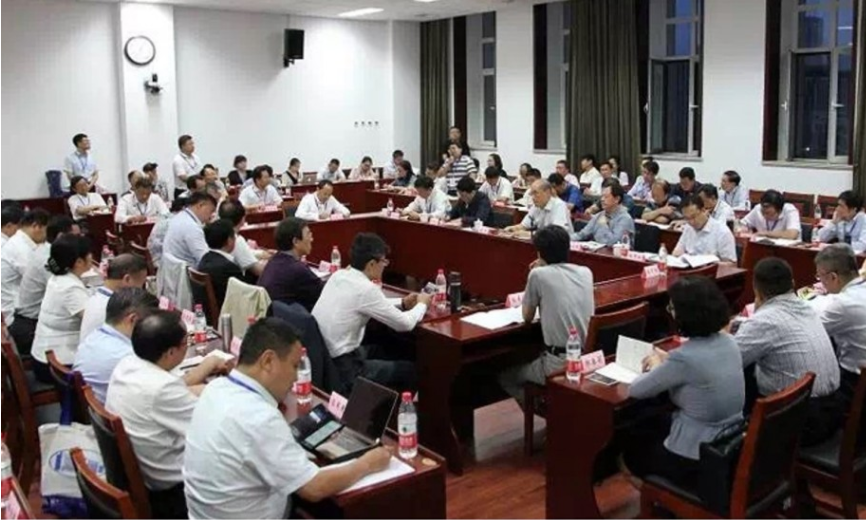 A speech given by Minister of Justice Zhang Jun at a conference attended by legal professionals and industry regulators has raised alarm bells among China’s rights lawyers who fear a further tightening of government controls. Mimi Lau at South China Morning Post reports:

At the conference, Zhang said lawyers should not speak or act for personal gain or to boost their reputations, adding that they should also be held accountable for their opinions and actions.

The minister urged industry associations to remain firm on self-regulation and called for lawyers to be treated with “harsh discipline, but much love” under the law.

Industry associations should also be responsible for handling initial disciplinary action, he said.

A Guangzhou-based lawyer who attended the conference but declined to be named said the event was more about propaganda than trying to build bridges.

[…] “The conference was propaganda. Its aim was to have lawyers tightly controlled by legal associations and judicial authorities. Lawyers are facing a dead end.” [Source]

The meeting is the first of its kind to take place between legal practitioners and senior officials since the launch of an extensive state-led attack on China’s legal profession more than two years ago. Over 300 rights lawyers, law firm staff, and human rights activists were detained and interrogated beginning in July 2015 in a nationwide crackdown known as the “Black Friday” incident. The majority of those in custody have now been released, with a number of individuals formally charged and several others paraded on state television making alleged confessions. A number of individuals were subjected to mental and physical torture for their legal activism. Currently, little information is available on those who remain in detention, including lawyer Wang Quanzhang who has recently been shortlisted for the Dutch Foreign Ministry’s Human Rights Tulip award.

At the Institute for Advanced Studies, lawyer Teng Biao looks at the development of China’s rights defense movement and the government’s growing antagonism toward the country’s rights defenders:

Since Xi Jinping assumed power in late 2012, he has been trying to change the methods used for cracking down on the rights defense movement, seemingly from “stability maintenance” to “wiping out.” Before, the goal was primarily to punish those who crossed the line and to retain the advantages of strong stability maintenance. However, the goal of Xi is simultaneously to eliminate the nodes of civil mobilization, eradicate emerging civil leaders, and disperse the capacity for civil resistance. At a minimum, the authorities want to curb the momentum in which the rights defense movement has been steadily growing and flourishing.

[…] But isn’t there a profound dread lurking behind this barbarism?

On the one hand, the Communist Party is not as confident as it seems to be. It is facing deep crisis politically, economically, socially, and ideologically. It has an exaggerated fear of opposition, resistance, and social-political movement. On the other hand, the development of the rights defense movement has experienced at least four trends since its rising, namely, organization, street activism, politicization, and internationalization. These trends can be seen as the amazing achievements of the rights defense movement, as well as the deep reason for the government crackdown on this movement.

[…] With the understanding that judicial independence does not exist, especially in human rights cases (sensitive cases), rights lawyers have had to resort to activism outside the courtroom and in the street, aiming to pressure the court, the government, and decision makers behind the scenes.

The rights defense movement is the practice of the theory of human rights and liberalism and democracy. As liberal democracy became a political-social aim of some influential intellectuals and as more and more people moved out of the shadow of brainwashing propaganda and into civil consciousness, there has been a tremendous momentum to bring human rights, liberalism, and democratic ideas into practice. The struggle for the right to vote and freedom of speech, assembly, demonstration, and association should be an intrinsic part of a human rights movement, and it has been so in China. The initial idea of the Rights Defense Movement was to use existing laws to defend human rights and freedom; however, the more rights lawyers use these laws, the more they feel the need to go beneath the surface and change the underlying policies, institutions, and system. [Source]

In an essay for New York Review of Books, now available on ChinaFile, Ian Johnson examines the forces driving China’s rights lawyers to fight for human freedom despite the associated costs, citing both the impact of macro-level socioeconomic changes and micro-level ideals of weiquan lawyers.

This ambitious development, including laws, judges, and lawyers, was matched by growing popular demand for legal remedies to economic and social disputes. Under Mao, social tensions had been suppressed through totalitarian control or channeled into violent political campaigns like the Cultural Revolution. The current era is less violent but tensions are still high. Capitalist-style economic reforms have led to land grabs, layoffs, and expropriation. At the same time, Chinese citizens—among them abused spouses, HIV patients, and rural migrants—have become increasingly aware of their own civil rights as a result of the new emphasis placed on laws.

Many of these people began taking their complaints to the emerging court system where they gained support from an unexpected new source: public-interest lawyers.1 Most were paid to take the cases but many were motivated by principle. With political participation difficult and the media under government control, the legal system was one of the few venues in which idealists could fight injustice.

[…] So is the weiquan movement more than a way to provide a small group of idealists with personal fulfillment? One of the best answers I found was in “Activist Lawyers in Post-Tiananmen China,” an essay by the legal scholar Rachel E. Stern, an assistant professor at Berkeley Law School. Stern takes a usefully long view. She writes that the Communist Party is in the middle of a vast experiment: trying to harness the power of the law without giving up political control. She writes that:

China is an unusual member of the authoritarian club. Today’s CCP [Chinese Communist Party] runs a government with long time horizons, a decent budget, and a claim to legitimacy that rests on governing well. Under these three conditions, trying to satisfy court users’ expectations—while also occasionally letting law take a back seat to political needs—is a logical strategy. But can dualistic legal systems ever be long-lived and large scale? [Source]