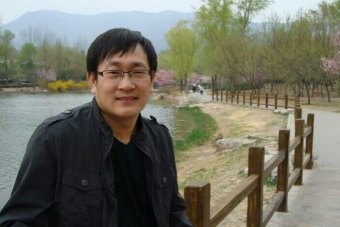 Last summer, the Chinese government launched a major crackdown on human rights lawyers and activists by detaining, arresting, and interrogating more than 200 of them across China. Since then, the majority have been released, but several remain in detention with charges filed against them including “subversion of state power” and “incitement to subversion.” Others who have been released have been subjected to government surveillance and harassment, while family members of those in detention have in many cases not been allowed to visit or speak with them.

At the Australian Broadcasting Corporation, Bill Birtles interviews Li Wenzu, who has not been allowed to visit or speak with her husband, lawyer Wang Quanzhang, and says she has received no information about his current condition. Wang was detained in July and later charged with “subversion of state power.” Birtles also speaks with lawyers attempting to defend their imprisoned colleagues:

And their colleagues are now taking great personal risks to try to defend them.

Lawyer Yu Wensheng is doing his best to represent Wang, despite having his legal licence stripped during an annual professional review.

He has also previously been held in detention, where he says he was tortured — a claim ABC was unable to verify.

“I’ve already come to the detention centre six times, and each time they say I can’t meet with Wang Quanzhang,” Mr Yu said after being questioned by police outside the Tianjin No.2 detention centre, where Wang is being held.

Mr Yu said without his licence to practice, the work he could do was restricted and his income diminished. [Source]

Prominent rights lawyer Pu Zhiqiang was also formally disbarred after he was released from 19 months of detention. Other lawyers who have been released have subsequently had trouble getting permission to travel abroad and have been subjected to personal attacks in the official media. Some lawyers have been shown on CCTV “confessing” to various crimes.

Read more about the “Black Friday” crackdown on rights lawyer, via CDT.