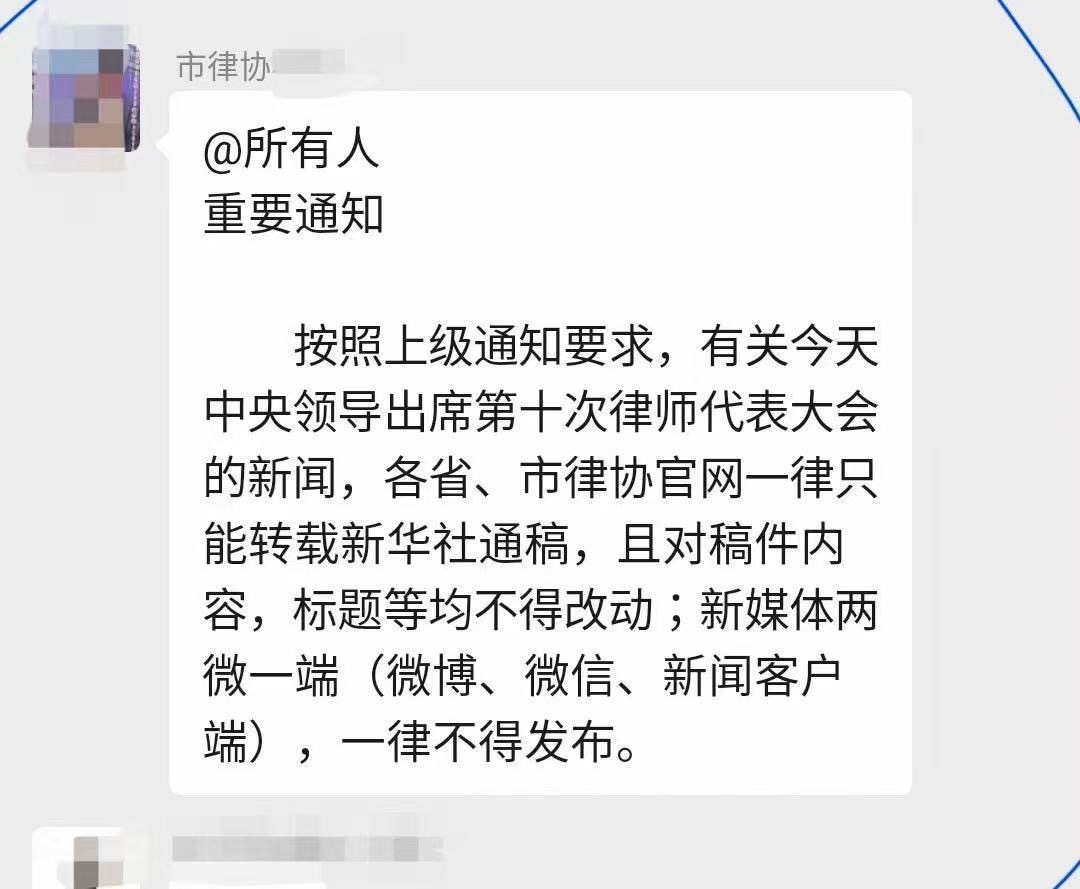 Screenshot of the notice translated below.

In accordance with instructions from above, the bar associations of all provinces and cities may only republish Xinhua copy to their official websites concerning today’s Tenth National Lawyers Congress, at which central leadership is in attendance; headlines and contents must not be altered. Do not post any material to Weibo, WeChat, or news clients—no exceptions. (October 13, 2021) [Chinese]

Guo Shengkun, member of the Politburo and Secretary of the Central Political and Legal Affairs Commission, spoke at the opening of the National Lawyers Congress on Wednesday in Beijing, where he declared that “the legal profession in China has blazed new trails and achieved new successes since the 18th Party Congress.” Since that time in 2012, when Xi Jinping rose to power, these “successes” have straitjacketed the rights defense movement, “blazing” a “new trail” with the massive crackdown on lawyers and legal professionals on July 9, 2015, known infamously as 709. One civil rights lawyer spoke out last month about the torture he was subjected to in detention, only to be detained and tortured again.

The All China Lawyers Association, the official bar association of the PRC, was founded in July 1986 at the first National Lawyers Congress.