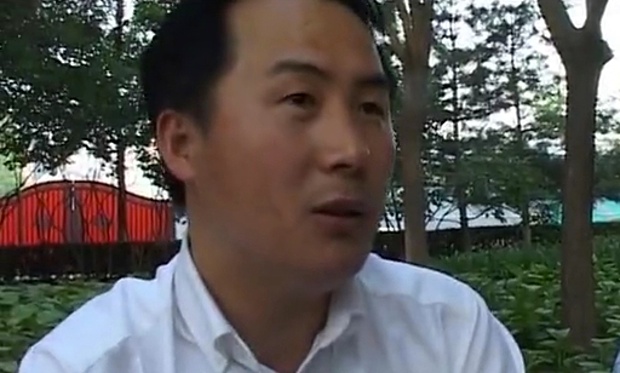 Six months after the “Black Friday” crackdown in which more than 200 Chinese rights lawyers and their associates were detained or questioned, several of those still detained have been formally charged. From AFP:

Zhou Shifeng, the founder of Beijing’s Fengrui law firm and one of the lawyers at the centre of the crackdown, is accused of “state subversion”. The charge carries a maximum sentence of life in jail, his colleague Liu Xiaoyuan said on a verified social media account on Tuesday.

[…] Four other people are also said to be accused of “incitement to state subversion”, which carries a maximum sentence of 15 years.

They include 24-year-old legal assistant Zhao Wei, her husband and mother both told AFP, citing a police notice.

[…] Friends also posted notices on social media showing that lawyers Xie Yanyi, Xie Yang and Sui Muqing had been formally arrested on the same incitement charge. [Updated at 14:23 PST on Jan 13, 2016: SCMP now reports that Sui was instead “released on bail“]

[…] However, relatives of Li Heping and Wang Yu, two well-known rights lawyers who have also been missing since July’s crackdown, have yet to receive any news on the fate of their loved-ones. [Source]

Lawyer Wang Quanzhang and Fengrui intern Li Shuyun have also reportedly been arrested for subversion, while Wang’s own lawyer Wang Qiushi has been placed under residential surveillance.

The Guardian’s Tom Phillips reports comments by Li Heping’s wife on the uncertainty surrounding his situation and whereabouts:

“There isn’t any information. We haven’t received any kind of notice or correspondence from the government,” complained Wang Qiaoling, Li’s 44-year-old wife. “I never thought this country could be so corrupt.”

[…] “So many lawyers have been taken away,” she said. “Conscientious people have been cracked down upon. I have no words to describe this kind of behaviour.”

Born in Henan, one of China’s most deprived provinces, Li Heping became a leading member of the country’s “weiquan” or “rights defence” movement and a major thorn in the government’s side.

“What these lawyers did was help ordinary people address their grievances and escape false charges,” his wife said. [Source]

Eva Pils, the King’s College London-based author of “China’s Human Rights Lawyers: Advocacy and Resistance,” discussed the rights defense movement and the campaign against it at ChinaChange. Pils’ account of her interactions with Wang Yu conflicts with the official portrait of an unstable and “shrewish” troublemaker.

As part of my research on human rights in China, I’ve spent the past several years interviewing Chinese lawyers. I meet with them in coffee-shops, parks, or in their homes, to discuss their work and their experience of repression. I’ve seen them disbarred, watched them being followed and harassed by the police, spoken to them when they were under house-arrest, and met some of them after spells of imprisonment or forced disappearance to ask them about their experience ‘inside’: What were the prison conditions? What was the mentality of guards and interrogators — and torturers? […]

[…] Most insist that fear, even fear of terrible things like torture, can be overcome. They prepare for it – for instance, by appointing each other as legal counsel just in case, and by learning to meditate to detach themselves from their physical environment. And instead of their fear, they try to focus on their victories.

In our last chat in June 2015, for example, veteran rights lawyer Li Heping, another friend of many years, took comfort from the fact that so many lawyers had met each other and bonded through joint advocacy efforts. He thought, and I think he was right, that this was of great importance to China’s human rights movement: ‘Society still keeps changing, but there is more pressure now. Citizens’ rights consciousness has risen and so has government repression.’ He also observed that repression was in some ways a great testimony to the rights movement’s successes. ‘Regarding us lawyers, more lawyers have gone to prison, but more lawyers are also supporting [the ones who have been taken away].’ [Source]

The AFP’s Tom Hancock reports on these ongoing efforts:

“The Communist Party uses weapons to maintain its rule. We cannot use guns, but at least we can use the law,” said Yu Wensheng, who was among those held.

He represents lawyer Wang Quanzhang, but says police have denied him access to his client and refused to say where he is being held.

[…] “In a detention centre there are rules, and prosecutors are responsible. But with residential surveillance, it’s just the police themselves,” Yu said. “We suspect they are subject to torture.”

[…] Police have given the detained lawyers’ attorneys indications their clients are probably being held somewhere in the northern port of Tianjin, and deny them access on grounds of “state security”.

Faced with official obstruction, they have made freedom of information requests to police — which have been sent back undelivered — and attempted to take city authorities to court for abuse of power.

Still defiant, one of them, Tang Jitian, told AFP: “We try to make it as difficult as we can for the authorities, so they can’t just treat these people as they wish.” [Source]

The Black Friday detentions appear to be part of a broader drive to tame the country’s legal profession. Pu Zhiqiang, one of the most prominent rights lawyers, was recently given a suspended sentence that ended his legal career. The Dui Hua Foundation last week reported concern about a proposed ranking system for lawyers which would restrict some lawyers’ ability to practice in certain courts or cases, and therefore the ability of defendants to choose their lawyers.

Observers say that central authorities are promoting the system in part to increase professional standards. As a recent article (translated below) in Southern Weekly makes clear, however, lawyers, academics, and even judges have their doubts. Many worry that the policy may have a negative impact by limiting access to legal representation and hindering the professional development of new lawyers.

The recent crackdown against human rights lawyers like Pu Zhiqiang, Tang Jingling, and those at Fengrui Law Firm has re-focused attention on the role played by lawyers in a legal system dominated by the party-state. While emphasizing the need to restore the credibility and authority of the judicial process, central authorities have made sweeping statements about the importance of lawyers and protecting lawyers’ rights. At the same time, steps are being taken to regulate the behavior of lawyers, inside and outside the courtroom. The stepped-up use of criminal prosecution and other sanctions against lawyers for being “disruptive” or “challenging authority” sends a message that new lines are being drawn.

Perhaps, then, the greatest source of anxiety about a ranking system is that central authorities may intend for it to increase regulation of the legal profession. Some fear it would become a tool to penalize “disobedient” lawyers and create more possibilities for corruption. Chinese lawyers have struggled for decades to eke out the limited autonomy they currently enjoy, and many—even those disinclined to take on controversial cases or strategies—fear returning to a system in which they are considered “state legal workers.” [Source]