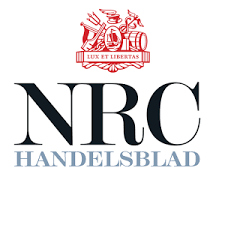 In Reporters Without Borders Press Freedom Rankings for 2017, China ranked 176 out of 180 countries. Chinese journalists who report outside the bounds of the official narrative suffer consequences, from having their work censored to being jailed.  A report by Zheping Huang for Quartz looks at the tenuous status of one group of media workers in China, news assistants who work for foreign reporters. Straddling a line between Chinese officialdom and the freewheeling foreign media they work for, they have few protections and often get little credit for their work. This relationship became a focus of media attention earlier this year when Oscar Garschagen, correspondent for the Dutch newspaper NRC Handelsblad, resigned after his news assistant, Zhang Chaoqun, alleged that he had made up quotes,  allegations that were later proven true.

For many of the journalists who work alongside foreign correspondents in China, as Zhang did, the saga also offered a stark reminder of their unacknowledged and often perilous position under the Chinese rules that govern their employment. On the one hand they get little recognition for their indispensable roles in helping to tell the world important stories about China, and are often barely known to the distant management of the papers they work for.

“We hold up half the sky in foreign media—basically they cannot run without us,” says Zhang, 32, who resigned from NRC after posting his allegations against Garschagen, in a phone interview.

[…] Invitations from security agents to “drink tea” are understood by news assistants to be compulsory. Security agents ask about what stories their foreign correspondents are working on, and assistants say they usually answer honestly, describing these meetings as generally relaxed and friendly. “After all, we have nothing to hide,” says Huang, a former news assistant who asked to be identified only by his last name, “but I definitely won’t reveal information about my sources.” The Beijing-based assistant says the correspondents he worked with never asked what happens at those meetings, because “they understand it’s tough to be caught in the middle.” [Source]

Existing controls over the media and information have tightened under President Xi Jinping, and several journalists and bloggers have been detained in recent months for their writing. In Wuhan, a journalist who wrote about the unexplained disappearance of dozens of college students is being held by police. Radio Free Asia reports:

The 39-year-old journalist, identified only by his surname Wang, has been detained on suspicion of “faking the facts and spreading rumors” after he wrote an article titled “32 Students Mysteriously Disappear in Wuhan,” featuring interviews with their family members, the Beijing Youth Daily newspaper reported.

Wuhan police issued a directive on Thursday saying that the content of his article was inaccurate and had been deleted at the request of the father of missing Wuhan student Lin Feiyang, the paper said.

Ding Lingjie, who writes for the human rights website Minsheng Guancha, has disappeared in Zibo, Shandong and is believed to be held by police, according to the Committee to Protect Journalists. Citizen journalist Lu Yuyu, who tracked protests and strikes and shared the data on social media, had his four-year sentence on charges of “picking quarrels and provoking trouble” upheld on appeal, according to a report by Catherine Lai at Hong Kong Free Press.