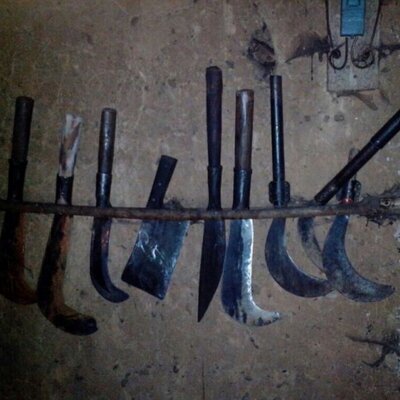 On Thursday citizen journalist Lu Yuyu was sentenced to four years in prison for “picking quarrels and provoking trouble,” a catch-all “pocket crime” frequently used to prosecute activists in place of more overtly political charges such as inciting subversion. Since 2012, the former migrant worker had collated and shared online reports of strikes and protests across China through outlets including the @wickedonnaa Twitter account, together with his girlfriend Li Tingyu. Both were detained in June 2016, reportedly while traveling to the restive village of Wukan in Guangdong to document fresh protests. Li was tried secretly in April and subsequently released without any formal verdict being announced. Lu’s trial followed in late June. He had reportedly gone on hunger strike during pre-trial detention to protest mistreatment such as beatings, sleep deprivation, and denial of access to his lawyers.

Lu’s lawyer Xiao Yunyang told The Wall Street Journal that he has already appealed, saying that “from a lawyer’s perspective, we don’t think he’s a criminal. The things he wrote and put on his blog and on Twitter were true.” The law supports “picking quarrels” charges for online activity only when the suspect shares false information.

In a 2014 profile by Yaqiu Wang at Foreign Policy, Lu conceded that “a few” of his posts had turned out to be inaccurate in some respect, but also detailed his efforts to corroborate reports before sharing them. Wang also described Lu’s decision to track and publicize others’ “mass incidents” after he grew disillusioned with abstract discussion online and his own small-scale protests, which had incurred sustained police harassment. His efforts to detect dozens of incidents per day were complicated by the fact that many were only posted online using coded language to evade censors. Over time, he developed a secret list of over 100 search terms to help him find the information he needed.

In an essay translated at China Change shortly after Lu’s detention, University of Duisburg-Essen political scientist Wu Qiang explained the importance of Lu’s data, pointing out the patterns it revealed. “Lu Yuyu’s record-keeping is unique and irreplaceable,” he wrote, particularly given the absence of official statistics on mass incidents since 2008. The New York Times’ Austin Ramzy also noted the value of Lu and Li’s work in his report on the former’s sentencing:

The couple’s work was used by journalists and labor researchers trying to gauge the extent of strikes around China and to learn more about particularly noteworthy incidents. Last year they were awarded a Reporters Without Borders-TV5 Monde Press Freedom Prize.

“Lu Yuyu and Li Tingyu worked tirelessly to document the everyday collective actions of Chinese citizens,” Keegan Elmer, a researcher for China Labor Bulletin, a Hong Kong-based nonprofit, said by email. “Their project should be commended, not condemned, and advocates of freedom of the press everywhere owe them a tremendous debt of gratitude.”

Silencing their reporting “will not change the stark reality of the tens of thousands of incidents that occur each year throughout the country, as their records clearly showed,” he added. [Source]

The Committee to Protect Journalists said in a statement that the verdict “starkly illustrates the fear that China’s leaders have of their own people,” adding that it “should be reversed immediately and Lu Yuyu released without further delay.” Amnesty International’s William Nee told AFP that Lu’s case “is very worrying since he did nothing but compile information that was already publicly available.” Others commented similarly on Twitter:

Another personal tragedy; another turn of the screw against "free speech" (the 'crime' here was documenting not calling for change) https://t.co/Ok5EluRHd9

See also a 2016 post on Li Tingyu by her lawyer Huang Simin, who herself later appeared in a “tea-drinking” interrogation account by her partner, writer Li Xuewen.