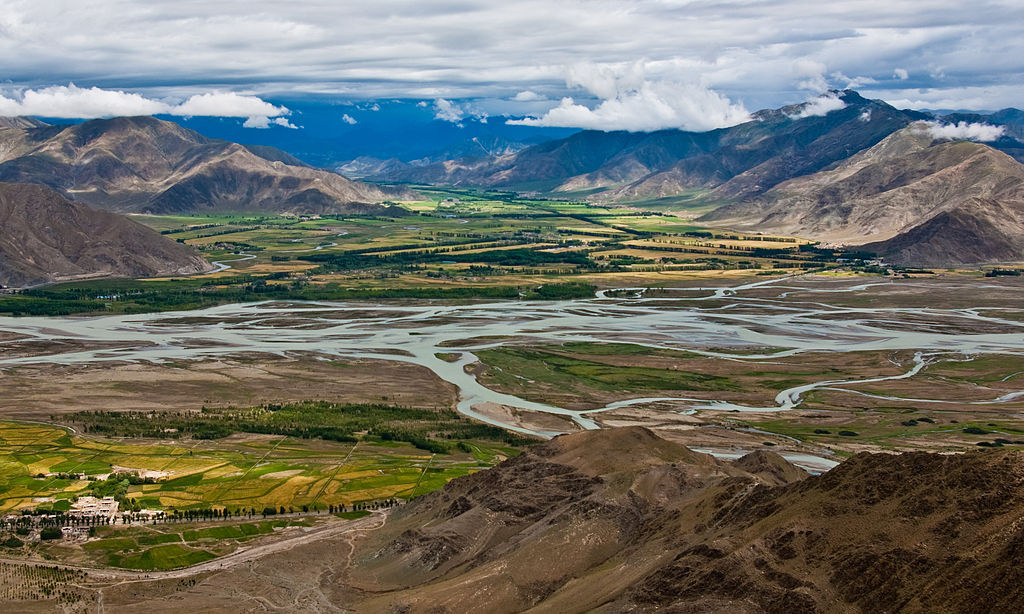 According to Stephen Chen from South China Morning Post, Chinese engineers are making plans to build an 1,000km tunnel, in order to divert water from the Tibet plateau to the Xinjiang desert. This tunnel, if successfully built, could become the world’s longest water tunnel. The impact reaches one of India’s largest rivers, the Brahmaputra:

The proposed tunnel, which would drop down from the world’s highest plateau in multiple sections connected by waterfalls, would “turn Xinjiang into California”, one geotechnical engineer said.

[…] Researchers said building the Yunnan tunnel would be a “rehearsal” of the new technology, engineering methods and equipment needed for the Tibet-Xinjiang tunnel, which would divert the Yarlung Tsangpo River in southern Tibet to the Taklimakan Desert in Xinjiang. Downstream, in India, the river becomes the Brahmaputra, which joins the Ganges in Bangladesh.

Besides the many environmental and economical concerns raised by the rumored water diversion plan, Manu Balachandran from Quartz Media further analyzes the political implications of China’s water diversion project involving the Brahmaputra:

China is working on an incredibly ambitious water diversion project involving the Brahmaputra, one of India’s largest rivers, which may become another point of tension between the two Asian neighbours.

[…] Over the years, China has developed exceptional infrastructure-building capabilities, some of which have been implemented in the Tibet region…

[…] “There are currently no water treaties between India, China, and Bangladesh,” said Yangtso, whose research has focused on Chinese environmental policies in Tibet. “India will certainly have to take a strong stand as far as this project goes, as it can be disastrous for India and Bangladesh.” [Source]

In response, the Chinese government has denied any plan to divert Brahmaputra waters to Xinjiang. However, China’s statement has been received by India with caution due to the precedence of false promises from Xi, according to India-based News18:

[…] While a change in China’s geopolitical strategy was one that the world expected, recent moves by China seem to indicate a significant shift in how it’s dealing with its neighbour, India.

[…] The denial by China has, however, been received with caution. Strategic thinker and commentator Brahma Chellaney took to Twitter to voice his concerns over China’s denial.

[…] The caution, if New Delhi exercises it, comes with precedence. On August 18, almost two months after the Doklam standoff, the Ministry of External Affairs (MEA) said that its neighbour had not shared data on the Brahmaputra River, thus violating a 2013 agreement […] [Source]