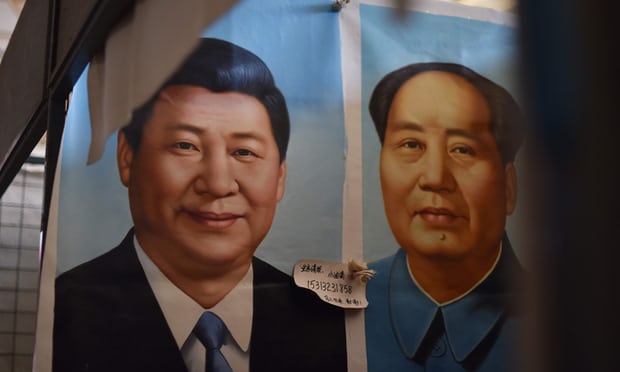 As was widely expected, Xi Jinping’s authority over the Party and state were enhanced at the recent 19th Party Congress. Party delegates unanimously voted to add “Xi Jinping Thought for the New Era of Socialism With Chinese Characteristics” to the CCP constitution, making Xi the only top leader aside from Mao Zedong and Deng Xiaoping to have his name in the document, the only aside from Mao to have his “Thought” written in, and virtually assuring that his contributions to Party doctrine will live on long after his formal rule comes to an end. The lack of a clear successor to Xi emerging in the new Politburo Standing Committee line-up also fueled long-running speculation that Xi may be planning to extend his formal rule as top Party leader past the customary two terms. Xi also promoted more allies to the elite Standing Committee, which could further strengthen his dominance. Despite these signs that Xi’s accumulation of personal power has now certified him as the strongest Chinese leader since Mao Zedong, some analysts have noted the massive risks inherent in such a high consolidation of power. Among them, Kerry Brown writes that the new lack of diffused authority makes Xi a sure scapegoat if the domestic political or economic situation goes awry. Brown also notes that a drastically different public environment than when “Mao Zedong Thought” reigned supreme means that Xi’s ideological dominance is over the Party more than the populace—a fact that brings the entire CCP a degree of risk. From the South China Morning Post:

[…] Yes, he [Xi] may be putting himself in all these dominating positions, but for the more Machiavellian, if things do go wrong (and there is plenty of scope for that) he is accountable at every step. Deng was the true master of keeping his fingerprints off the levers of power, while still controlling them. It gave him the crucial space to deal with the 1989 uprising. The same with Hu, whose reputation is now low, but who managed China through a hard 10 years and handed on to Xi the enormous asset of a vibrant economy. Xi is everywhere – a good thing in the good times, and a disaster when things go wrong.

[…] In the Maoist era, Mao Zedong Thought was, at least briefly, a living faith, that swept up millions upon millions of people across China. It was something people literally lived and died for. The Cultural Revolution was its apogee. It was also its Armageddon. After Mao’s death, in many ways that burning, living faith died with him.

For the average Chinese, ‘Xi Jinping Thought’ is background elite babble far away from their lives. It’s a bit reassuring – at least the politicians are busy doing their politics thing and leaving people largely alone. But it is very remote. The party has to speak in two languages – one to itself, and one to the wider world. And at moments when an ideology like this is promoted, the stretch marks reach almost to breaking point. The party is powerful and coherent in itself. But in ways in which this was not true in the Maoist era, it serves at the people’s pleasure. It has to deliver growth, a good environment, and a better lifestyle, and deliver these things quickly, to one of the toughest audiences in the world. And there are plenty of things in the next few years during this complex era of transition that could go wrong, and make this very powerful group of people with Xi at their heart looking very unpowerful indeed. [Source]

At Project Syndicate, Minxin Pei also stresses the societal difference between the Xi era and those of Mao and Deng as “the paradox of Xi’s power”:

Xi’s triumph at the 19th National Congress has understandably fueled widespread speculation that his now-formidable power will enable him to impose his vision of hardline authoritarian rule, underpinned by Chinese nationalism, in the coming years. And that is a possibility. But it is far from guaranteed.

The reason is simple: though the CPC’s internal power dynamics haven’t change much in the last few decades, Chinese society has moved far beyond the Maoist or even the Dengist era. Few Chinese, including members of the party, genuinely believe in any official doctrine. Economically, the private sector accounts for more than 60% of China’s output, and the CPC has become practically irrelevant in the daily lives of ordinary Chinese.

This is the paradox of power in the era of Xi. Yes, he is the most powerful leader that the world’s largest one-party state has had in decades. But his ability to shape Chinese society may turn out to be far more limited than he, his allies, and most outside observers expect. [Source]

At the NGOs in China blog, Shawn Shieh calls attention to the risks that Xi’s crackdowns on civil society bring as he enters a second term expected to see a continued lack of patience for dissent in any form:

[…] The tragedy of these last few years is that the voices that have been muzzled were not calling for revolution, instigating violence, or fomenting social disorder. They were instead constructive voices calling for practical, innovative ways to address official corruption, unpaid wages and social insurance, sexual harassment, pollution, and discrimination against ethnic minorities. The people calling for these changes were doing so out of a sense of responsibility to the nation, because they wanted to make China a more inclusive, equitable and just place very much in the socialist spirit. They were in fact the very voices that could help Xi craft better policies if he had listened to them and incorporated their ideas into his policies.

The challenges Xi and his new leadership team face after the 19th Party Congress are immense as Xi himself acknowledges. If he continues his current governance approach, he runs the very substantial risk of undermining the long-term capacity of the Party to govern by vesting so much power and authority in himself.  Or he could use his immense power wisely and return to his original playbook of social governance, reaching out to social constituencies to give them a voice in shaping socioeconomic policies, thereby creating broad-based support that would strengthen their legitimacy and sustainability. [Source]