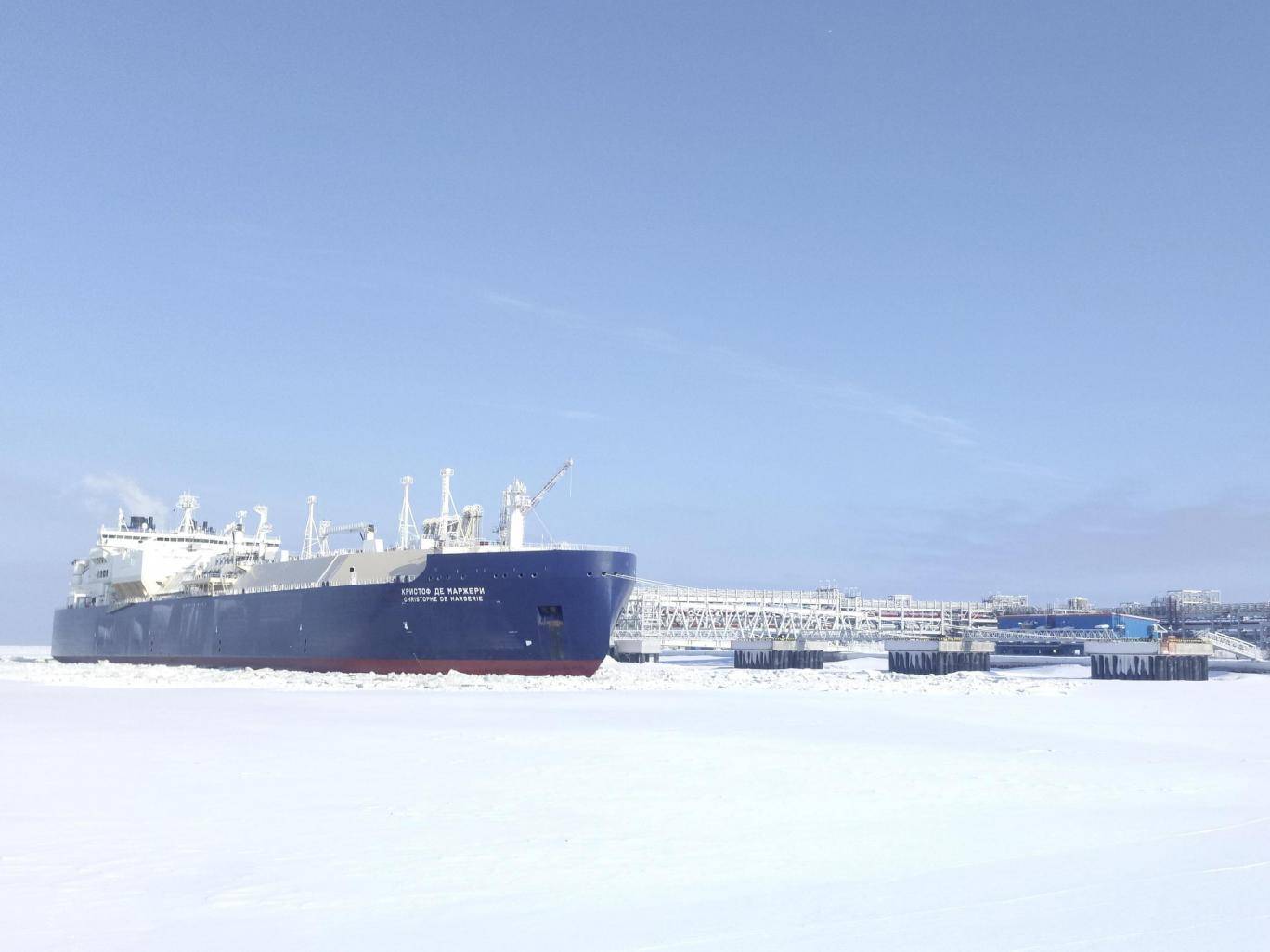 It said China would work with Russia and other Arctic countries to develop the polar route.

[…] Last August, a Russian tanker travelled from Norway to South Korea without an icebreaker escort for the first time.

“China hopes to work with all parties to build a ‘Polar Silk Road’ through developing the Arctic shipping routes,” China said in its first official policy paper on the polar region.

It said every country’s “rights to use the Arctic shipping routes should be ensured”. [Source]

China’s vision for the project is outlined in an official Arctic policy white paper released on Friday. The paper pledged cooperation and emphasized China’s desire to work with all stakeholders as it seeks to take on a more prominent leadership role in the world’s northernmost region. From Xinhua:

The country would like to “jointly understand, protect, develop and participate in the governance of the Arctic, and advance Arctic-related cooperation under the Belt and Road Initiative,” according to the white paper.

[…] “While pursuing its own interests, China will pay due regard to the interests of other countries and the broader international community,” it said.

Being committed to the existing framework of international law and rules, China would like to build and maintain “a just, reasonable and well-organized Arctic governance system.”

China will also regulate and manage Arctic-related affairs and activities within its jurisdiction in accordance with the law, enhance its ability to understand, protect and develop the Arctic, and participate in international cooperation in Arctic affairs. [Source]

The white paper further acknowledged China’s interest in natural resource extraction, fishing, and tourism in the region, expressing an intent to develop them sustainably and co-operatively with other nations and Arctic states.

China has been an official observer member of the Arctic Council since 2013, a role that highlights Beijing’s longstanding interest in the polar region. The country’s growing activity in the Arctic has, however, drawn mixed reactions from various countries, prompting initial concerns from some Arctic states over the long-term strategic implications of China’s northward expansion. From AFP:

The project has spurred both interest and anxiety in many countries, with some seeing it as an example of Chinese expansionism.

Earlier this winter the first train ran from Finland to China, establishing a new rail cargo route to the Nordic countries.

[…] The white paper makes the case for China’s role in the region, building on its coining of the term “near Arctic country” last decade, said Anne-Marie Brady, an expert in Chinese and polar politics at the University of Canterbury in New Zealand.

“Initially there was some resistance to China’s activities in the Arctic, but China’s been working hard to build up support for its position. The white paper shows how confident China is now,” Brady said, noting the country is now accepted as “a polar stakeholder”. [Source]

At Bloomberg last month, Eric Roston looked at how China is positioning itself as a leading Arctic player through its financing power and the questions that this raises for geopolitics in the region over the coming decades.

China cannot physically claim Arctic territory, but it can buy stakes and influence wherever it seems wise.

[…] China has undertaken a soft-power campaign, first focused on scientific collaboration, with financial interests not too far behind. The nation struck a free-trade pact with Iceland in 2013, and it has held free-trade discussions with Norway since 2008. Finland has jointly called for greater cooperation with China, in the context of European Union trade policy. Canada and China in December extended exploratory free-trade talks after being unable to launch a formal round.

Chinese agencies are already common financiers of Arctic projects, including several Russian initiatives. They have placed early bets on resources in Greenland, which have yet to pan out. And when President Donald Trump visited China in November, the oil giant Sinopec, China Investment Corp., and Bank of China Ltd. pledged to help finance Alaska LNG, a $43 billion gas-export project.

[…] How much power does financing Arctic business give China? Russia is grateful to Chinese investors who helped make Yamal LNG possible. But that also gives its southeastern neighbor leverage that’s difficult to quantify. And throwing too much money at Russia may sour China’s Western trade partners who are less amenable to the Putin regime.

If the Alaskan LNG infrastructure will eventually be built with Chinese help, would Americans be similarly beholden to Chinese soft power? To what extent might the Russian Arctic, the Greenland Arctic or the American Arctic actually become the Chinese Arctic when it comes to writing checks? What are the national security implications of China cultivating financial and maritime influence on shores and in seas that belong to other nations? [Source]

See also: “China’s ‘Belt and Road’ Strides into the Arctic, Few Notice,” by Sebastian Murdoch-Gibson at the Asia-Pacific Foundation on Canada blog.