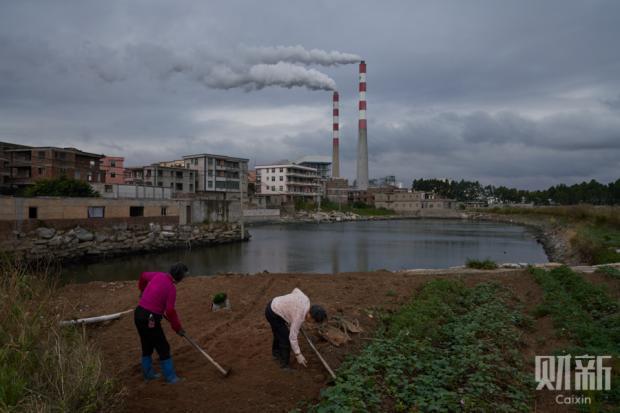 In a rare account of police harassment of Chinese reporters, Caixin’s environmental journalist Zhou Chen went public last week about the intimidation she experienced while covering a petrochemical spill in Quanzhou, Fujian. After Zhou concluded a day of reporting and returned to her hotel on November 11th, a group of officers from the local police station gained unauthorized access to her room and conducted a search while she was in her pyjamas.

I was looking at my phone in bed at around 11:30 p.m. when I heard someone swipe a key-card on my door and walk into my room. Four men in police uniforms suddenly appeared before my bed. Their leader, a bald officer holding the key card in his hand, said they were from the police station and ordered me to show my identity card. I had no choice but to comply, rifling through my bags for my identification card while dressed in my pajamas.

Afterwards, the bald man asked his colleagues to search the bathroom and window ledge to see if anyone was hiding there. After they found nothing, he told me, “We’re only conducting a routine check, and we’re also checking other rooms.”

Then, they told me to watch out for my own safety. They didn’t show me any documents proving that the public security organs had authorized the search, which they’re required to do under Chinese law.

After the men left, I sat in a frightened daze for some time. How could they have charged into a hotel room registered as occupied by a law-abiding citizen?

[…] I soon received a call from hotel reception apologizing for the disruption. When I asked her for details, the receptionist said the police officers had ordered reception to give them the key-card for my room specifically. They had not inspected any other rooms. [Source]

This is bad, this is really bad. A Chinese journalist from Caixin was followed, harassed and police searched her hotel room while she was covering the chemical spill in Fujian https://t.co/VF9o8Liflg

Zhou revealed in her account that, prior to the late-night police inspection, she endured an entire day of continuous interference and bullying from authorities while attempting to gather information. She was stopped from taking photos of the spillage site, and followed while interviewing a mother and daughter about fish that died from the leaked toxins. With government officials keen to cover up environmental disasters, coverage of related issues has become increasingly difficult. Zhou’s encounter echoes that of Beijing Daily journalist He Xiaoxin‘s, who made his way through areas cordoned off by armed police to reach the scene of the massive chemical explosion in Tianjin in 2015.

Reporting conditions in China have continued to deteriorate in recent years. According to the Committee to Protect Journalists, China is the second worst jailer of journalists worldwide, with 41 imprisoned for their work as of December 2017. While cases of harassment and obstruction are frequently reported by foreign correspondents stationed in the country, it is unusual for Chinese journalists to speak publicly about their ordeals. With Zhou breaking the silence, others have now come forth to share their stories of abuse. From Caixin’s Teng Jing Xuan:

Zhou isn’t the only reporter to have been shadowed and harassed by local governments in China. It’s now “normal” for journalists to have “company” on reporting trips, Liang Yingfei, another reporter for Caixin writes (link in Chinese):

“Once, when I was out interviewing a source in Changbai, Jilin province, staff at my hotel told me to return immediately to the hotel because there was a leak in my room. When I got there, I found local government officials waiting for me in the lobby.”

Another time, Liang was in Jiangxi reporting on local funeral reforms that had resulted in thousands of coffins being destroyed, with some elderly people committing suicide because they wanted to die before a ban on traditional funerals came into effect. “I interviewed some elderly residents in their homes. Afterwards, local officials followed me from the village back to the city, which was 30 kilometers away,” she wrote.

“One young man I spoke with in Jiangxi, whose father had recently died, became the subject of frequent questioning by local officials after he appeared in my story… He (later) messaged me on WeChat: ‘Do you have any idea how much trouble this has caused me?’ I didn’t know how to respond and could only try to console him by explaining that interviewing and being interviewed are not illegal things.” [Source]

Local Quanzhou police issued a rare apology after Zhou’s article prompted an outcry on social media. A district officer has been suspended and an investigation into the incident is now underway. Zoe Low at South China Morning Post reports:

The Quanzhou Public Security Bureau on Tuesday issued an apology and said four policemen – three of whom were from an auxiliary unit – had overstepped their jurisdiction and “caused negative social effects”.

A deputy bureau chief had been “punished”, while another local police station chief would “make amends” to the local Communist Party committee, the bureau in Fujian province said in a statement, without elaborating. One of the policemen involved has also been suspended.

[…] The reporter said they left after warning her to be aware of her personal safety. The policemen did not have a warrant to search her room as is required by Chinese law, according to Zhou.

In a Caixin blog post on Tuesday, Zhou’s colleague Liang Yingfei, who also covered the chemical leak, claimed several other reporters staying at the same hotel as Zhou had also had their rooms inspected. [Source]