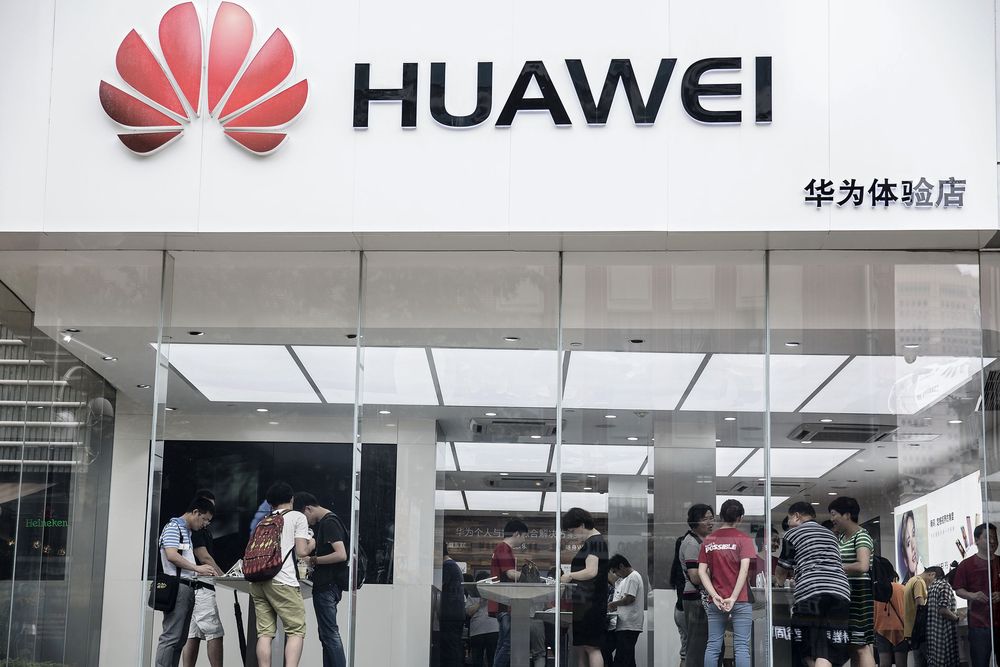 Huawei’s chief financial officer Meng Wanzhou, who is also the deputy chair of Huawei’s board and the daughter of company founder Ren Zhengfei, was arrested in Vancouver on a U.S. extradition warrant on Saturday while catching a connecting flight. Meng’s arrest in Canada came at the request of American law enforcement authorities, who are investigating the Chinese telecommunications giant for suspected violation of American trade sanctions on Iran. Robert Fife and Steven Chase at The Globe and Mail report that Meng is currently in Canadian custody and is set to appear in court for a bail hearing on Friday.

“She is sought for extradition by the United States, and a bail hearing has been set for Friday,” Justice Department spokesman Ian McLeod said in a statement to The Globe and Mail on Wednesday. “As there is a publication ban in effect, we cannot provide any further detail at this time. The ban was sought by Ms. Meng.”

A Canadian law-enforcement source with knowledge of the arrest said the United States is alleging Ms. Meng tried to evade the American embargo against Iran, but provided no further details. The source was granted anonymity by The Globe because they weren’t authorized to speak publicly about the arrest.

[…] Huawei said in a statement to The Globe that Ms. Meng faces “unspecified charges in the Eastern District of New York” and that she was arrested when she was transferring flights in Canada.

“The company has been provided with very little information regarding the charges and is not aware of any wrongdoing by Ms. Meng. The company believes the Canadian and U.S. legal systems will ultimately reach a just conclusion,” Huawei said, and added the company “complies with all applicable laws and regulations where it operates, including applicable export control and sanction laws.” [Source]

China is demanding the immediate release of Meng Wanzhou and an explanation for the detention. From BBC:

“We have made solemn representations to Canada and the US, demanding that both parties immediately clarify the reasons for the detention, and immediately release the detainee to protect the person’s legal rights.”

[…] The arrest is a top trending topic on Chinese social media, BBC Monitoring says, with many users criticising the US and Canada for what they call “low” and “bullying” tactics. [Source]

China’s embassy in Canada on Thursday demanded the immediate release of Chinese national Meng Wanzhou, who was arrested by Canadian police at the request of the US, even though she hasn’t violated any US or Canadian laws, calling the move a serious violation of human rights. pic.twitter.com/wM5HqFrjde

Meng’s arrest is highly significant given Huawei’s stature as the crown jewel of the Chinese tech industry. As one of the world’s largest telecom equipment manufacturers and services providers, the firm has recently surpassed Apple to become the second-biggest smartphone maker after Samsung. Meng rose through the ranks at Huawei without evident favoritism from her father and is now poised to become a potential successor to the company. The timing of her arrest in Canada coincides with the announcement of a U.S.-Chinese tariff truce over Beijing’s technology policy. With global markets tumbling in reaction to the news, the incident is expected to further damage U.S.-China relations and complicate the ongoing trade war, adding more tension to technology concerns that are already at the center of the fraught trade relations. Some believe that Meng’s arrest might “tip [China] over into active retaliation,” according to David J. Lynch, Anna Fifield and Tony Romm at The Washington Post:

But they will be buffeted by an angry public reaction to what will be interpreted as unfair treatment of a prominent Chinese business executive by American officials determined to prevent China’s rise, he said.

[…] “There may be a legal basis for this, but politically, the timing is corrosive,” said James Zimmerman, a former head of the American Chamber of Commerce in China. “We’re in the middle of a some very sensitive, tense negotiations, and they’re doing something that is unprecedented in four decades of U.S.-China relations.”

In the past, China has retaliated swiftly against similar kinds of actions. The question now is whether Beijing will react this time and risk sparking a new battle in the trade war.

“I’ve never seen China take something like this lying down,” said McGregor, who has lived in China for nearly three decades. “For now, China seems to be taking a measured approach. But this could get ugly very quickly.” [Source]

With the Global Times calling the arrest an unjust “kidnapping” of a Chinese citizen in breach of international law, the incident is likely to be perceived by China as a kind of  “hostage taking” at a particularly sensitive time in U.S.-China relations. Such an impression may not be ill-founded:

Trump administration official tells @PamelaBrownCNN there’s a plan for the US to seek extradition of Huawei Technologies CFO Meng Wanzhou, arrested yesterday in Canada. The view among some officials is that she could be used as leverage with China in trade talks.

Absolutely. If this is to be done, it must be by the book and with respect for the rule of law—otherwise, puts Americans in China at risk; this is a tit-for-tat hostage game the US would immediately regret. https://t.co/8bIgBG72xp

As of now, Chinese media outlets have been “largely silent on the case.” David Bandurski at China Media Project reports:

The official Xinhua News Agency did not release a report in English until around 5PM today Beijing time. That report again closely followed the remarks from the Chinese Embassy in Canada and the official Huawei release. As of 8:30PM Beijing time there was still no Xinhua story in Chinese carried prominently on the service’s website, though far down the list of news was a transcript of the foreign ministry press conference.

Xinhua was focused instead on Xi Jinping’s trip to Spain, Portugal and Latin America, and on the 40th anniversary of China’s “reform and opening” policy. No doubt the timing of the Meng Wanzhou story, coming less than two weeks ahead of the formal anniversary on December 18, will also be a point of great sensitivity for the Party leadership.

There are also stories on both on the Chinese and English sides of Caixin. Interestingly, though, while the English report is prominent on the Caixin website, the Chinese report was pushed lower down at around 4PM Beijing time, emphasising in the headline the fierce response from the Chinese Embassy in Canada — and two hours later that story was not visible at all on the Chinese homepage. [Source]

The timing of the arrest notwithstanding, U.S. prosecutors have been looking into Huawei’s alleged shipping of U.S.-origin products to Iran in violation of U.S. export and sanction laws since as early as 2016. Huawei’s activities in the U.S. have been actively suppressed in recent years as a result of growing security concerns, with lawmakers repeatedly accusing the company of disseminating technology that could be used by the Chinese government for spying. From Joe McDonald and Rob Gillies at The Associated Press:

The United States sees Huawei and smaller Chinese tech suppliers as possible fronts for spying and as commercial competitors. The Trump administration says they benefit from improper subsidies and market barriers.

“The United States is stepping up containment of China in all respects,” said Zhu Feng, an international relations expert at Nanjing University. He said targeting Huawei, one of its most successful companies, “will trigger anti-U.S. sentiment.”

“The incident could turn out to be a breaking point,” Zhu said. [Source]

At the same time, the U.S. has pressured its allies to limit the use of Huawei technology. Britain, Australia and New Zealand have already blocked Huawei from their mobile phone networks on security grounds. While Canada has not instituted a similar ban, the country is under enormous pressure from the U.S. to bar the use of Huawei equipment from its next generation 5G network infrastructure. These developments are expected to undermine Huawei’s efforts to become a top infrastructure partner in Western countries.

At Bloomberg, Tim Culpan writes that now is the time for the U.S. government to figure out what it must do next to obtain the desired result of effectively challenging Chinese infringement of U.S. intellectual property:

With the U.S. finally making a move against Huawei, the Justice department and the Trump administration have an important question to answer: What do we want out of this?

It’s not clear that they know. Before Huawei, smaller Chinese telecom-equipment maker ZTE Corp. was caught breaching U.S. sanctions. ZTE apologized and was let off with a fine and a seven-year suspended sentence on the condition that it change its ways and fire some people.

[…] If the U.S. simply issues Huawei a very big invoice, then Beijing will be laughing. China is happy to spend money to achieve president Xi Jinping’s vision of becoming a technologically independent superpower. A few pennies into U.S. coffers will be money well spent. Such a move would also be a slap in the face to allies such as Australia and New Zealand, which have started to ban Huawei products from their networks, citing that other great U.S. bugbear: security.

Instead, the U.S. should move forward with plans to set up stricter protocols on what it will allow China to buy. The Export Control Reform Act has similarities with the Wassenaar Arrangement, a multinational deal that restricts the flow of weapons and sensitive tools, such as semiconductor manufacturing equipment. [Source]