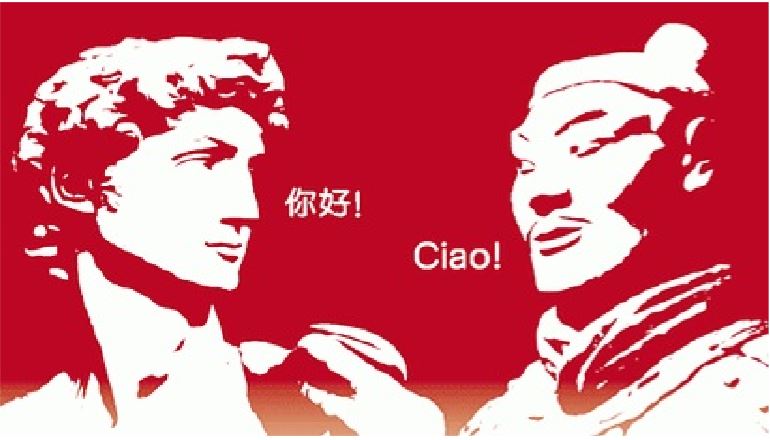 Against a backdrop of mounting international criticism towards China’s Belt and Road Initiative and wariness towards Beijing’s potentially politically motivated investments in Europe, Financial Times reported last week that Italy may become the first G7 nation to formally endorse the initiative ahead of Xi’s first state visit. While Reuters noted that the accord would be a non-binding, “initial framework,” the move has still drawn criticism, with the White House dismissing BRI as an “infrastructure vanity project.” Davide Ghiglione, Demetri Sevastopulo, Michael Peel, and Lucy Hornby relay the U.S. and the E.U.’s responses:

“We view BRI as a ‘made by China, for China’ initiative,” Garrett Marquis, White House National Security Council spokesman, told the Financial Times. “We are sceptical that the Italian government’s endorsement will bring any sustained economic benefits to the Italian people, and it may end up harming Italy’s global reputation in the long run.”

[…] An EU spokesperson on Wednesday said all member states needed to “ensure consistency with EU law rules and policies and to respect EU unity in implementing EU policies.” The spokesperson noted that while some bloc member states had signed Belt and Road commitments, others — and the EU itself — had not done so.

[…] Critics of the BRI have also emerged within the Italian government. Hours after the FT first reported the dispute between Washington and Rome, Guglielmo Picchi, undersecretary of state for foreign affairs and international co-operation and an MP from the coalition’s far-right League party called for “further reflection” within the government. [Source]

In response to Marquis’ statements to the Financial Times, Foreign Ministry spokesperson Lu Kang called the U.S.’ position “laughable,” and instead said, “As a major country, Italy knows exactly what policies serve its own interests and it can make its decisions independently.”

Financial Times’ Michael Peel and Mehreen Khan discuss how Italy’s decision is reflective of the need and the difficulty in reaching an E.U.-wide consensus on how to address Beijing ahead of an E.U.-China summit in early April:

The balance for the Europeans is tricky — and getting trickier. On the one hand, the EU wants greater co-operation with China on trade, investment and multilateral institutions at a time when both powers are clashing with the US. On the other, the Europeans don’t want to enter into an anti-Washington alliance with Beijing and want to be wary in other areas, such as security fears over the use of Chinese communications technology.

The EU also has its own internal divisions to manage. Shortly after the summit, China is due to meet eastern and central European states in the 16+1 grouping — a format that includes 11 EU governments and is seen by some in Brussels as a Trojan horse to split the bloc.

A draft joint statement prepared for the EU-China summit reflects the bloc’s attempts at balance. It pushes for conclusion next year on a much-delayed agreement on what commercial sectors each side will open up to the other’s companies. It also calls for more transparency in Belt and Road-style projects, while avoiding picking fights over Beijing’s South China Sea territorial claims or its internments of Uighur Muslims in Xinjiang province. [Source]

At the South China Morning Post, Stuart Lau further explores historical reasons why some in Rome wish to deepen ties with China, which has led Prime Minister Giuseppe Conte to consider deepening energy cooperation and granting Chinese companies greater access to the port of Trieste:

[Undersecretary at the Italian Ministry of Economic Development] Michele Geraci held several university positions in Zhejiang province and in Shanghai for a decade before his official appointment last year.

In charge of Italy’s international trade, he is regarded as playing a central role in Rome’s warming ties with Beijing. In an interview with Bloomberg last year, Geraci said the current administration had taken a different stance, adding: “We are trying not to ignore China as has been done in the past.”

[…] “Italian governments have always had a keen eye on the belt and road, as the attention with which the current administration follows developments is largely inherited from the previous governments,” said Giovanni Andornino, a China expert based at the University of Torino in northern Italy.

“What is different now is that this government is much happier in having interaction with China, as opposed to being a driving force in the process of the EU-wide negotiation with China.”

Wang Yiwei, director of the Centre for EU Studies at Renmin University of China, said Rome’s defiance towards Washington and some of the European capitals stemmed from the Eurosceptic roots of its populist government. [Source]

In other news, Italy has also rebuffed the U.S.’ strong push for other countries to not employ Huawei hardware in core communication systems. Washington has threatened to stop sharing intelligence if countries do so. Today, The Wall Street Journal noted that a letter to Germany’s economics minister marked the first time the U.S. has sent such an explicit warning. Reuters reports that Italy’s draft MOU with China does not include any agreement on 5G:

Italy said on Monday the Memorandum of Understanding it is drawing up with China does not include any agreement on fifth generation, or 5G, wireless technology.

Prime Minister Giuseppe Conte has said he might sign an MOU to become a part of China’s giant “Belt and Road” infrastructure plan when Chinese President Xi Jinping visits Rome and Palermo later this month. [Source]