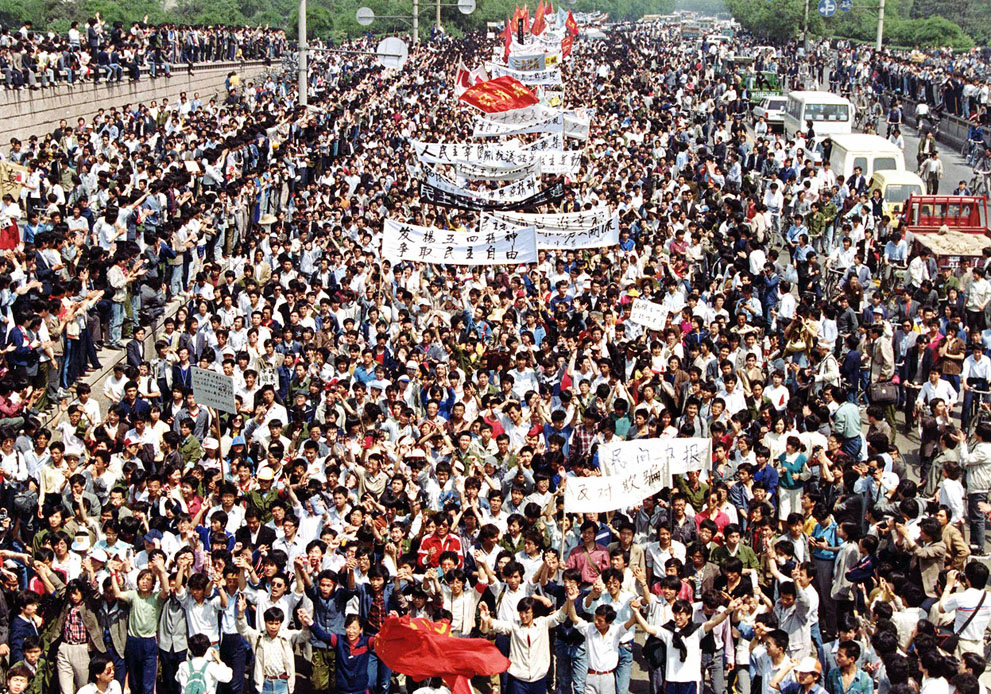 About 6,000 university students took part in the pro-democracy march, the official New China News Agency said, and some witnesses put the number at about 10,000.

While demonstrations have taken place in Shanghai on several previous occasions in the last two weeks, they never attracted more than a few thousand marchers. The march today, while consisting only of students, was far better organized than before and attracted much more support, witnesses said.

The march was significant not only because of Shanghai’s size and historic ability to influence the rest of the country, but also because everyone remembers that two years ago it was in Shanghai, after a lag, that the student demonstrations were largest. [Source]