30 Years Ago: A Lesson in Polite Protest 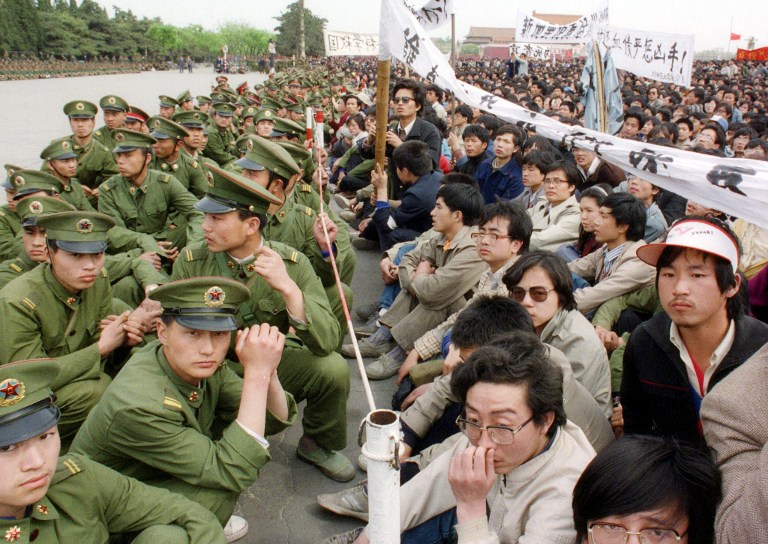 For anyone tempted to think that rebellious Chinese students must be fighting for capitalism and multi-party democracy, a banner fluttering over People’s University marchers on Thursday was a rude shock. It read, ”We firmly support the correct leadership of the Communist Party.”

If South Korean university students are at the militant extreme, totally rejecting the Government and battering lines of police with firebombs and wooden staves, then Chinese demonstrators are at the peaceful extreme.

They sometimes go out of their way to say nice things about the Communist Party, even when it is clear they do not believe them, and they overwhelm the police as much with courtesy as with force.