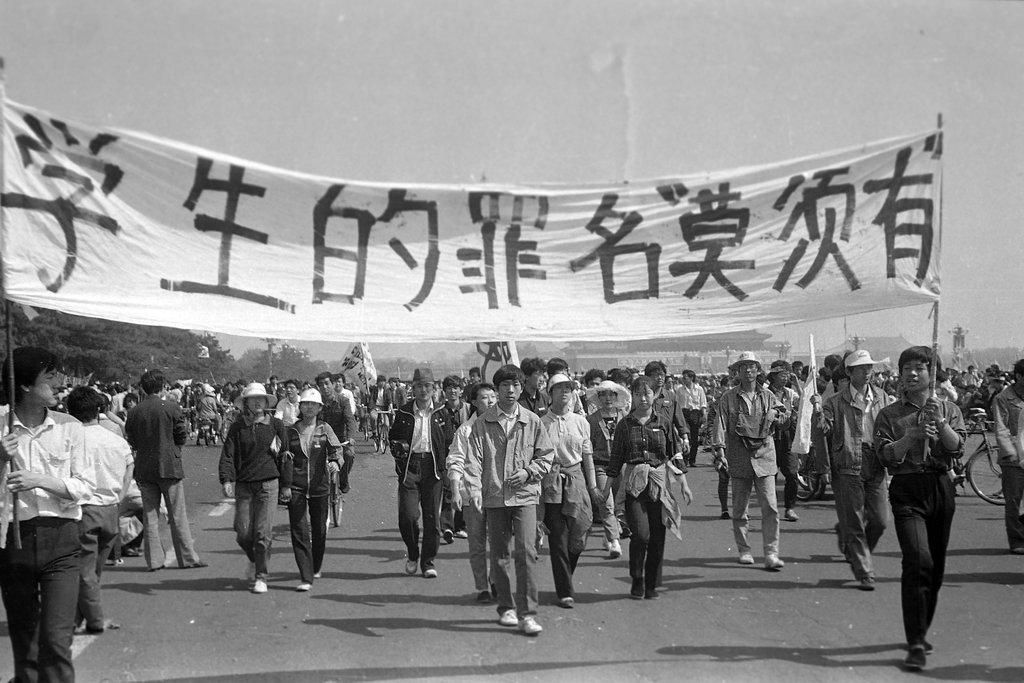 Thousands of university students occupied Beijing’s central square through the night, defying Government plans to seal off the area. They said they wanted to hold their own welcoming ceremony for Mikhail S. Gorbachev, the Soviet leader, who arrived today for the first Chinese-Soviet summit meeting in 30 years.

Unable to seal off the square and embarrassed by the presence of the demonstrators, the Governmentcanceled plans to hold the official welcoming ceremony there and moved it to the Beijing airport.

There, amid the sounds of a 21-gun salute, President Yang Shangkun met Mr. Gorbachev after the Soviet chief arrived by plane from the Soviet Union.

Some students recognized the Government action as a minor step in the right direction. ”We think it is a concession,” said Wang Zahao, a 37-year-old student leader from the Chinese Academy of Social Sciences. ”But we still have a long way to go in protecting human rights in China.” [Source]

See also articles from AP and Time Magazine from the same day.

The following photo shows students from Beijing’s Tsinghua University on May 15, 1989 marching to Tiananmen Square to show solidarity with hunger strikers. See more photos from the spring of 1989 on the CND Virtual Museum and from a recently released collection by David Chen, a then university student and pro-democracy organizer, on the Chinese-language site of The New York Times. 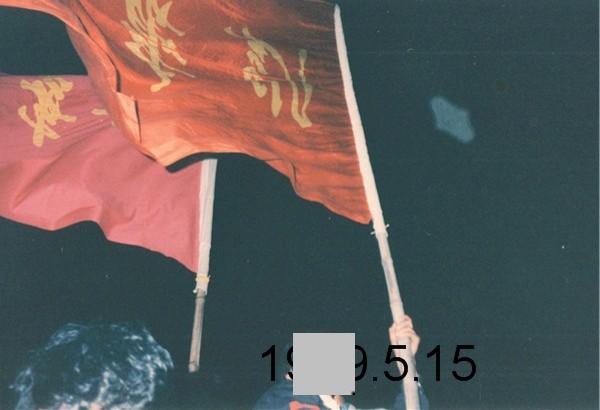