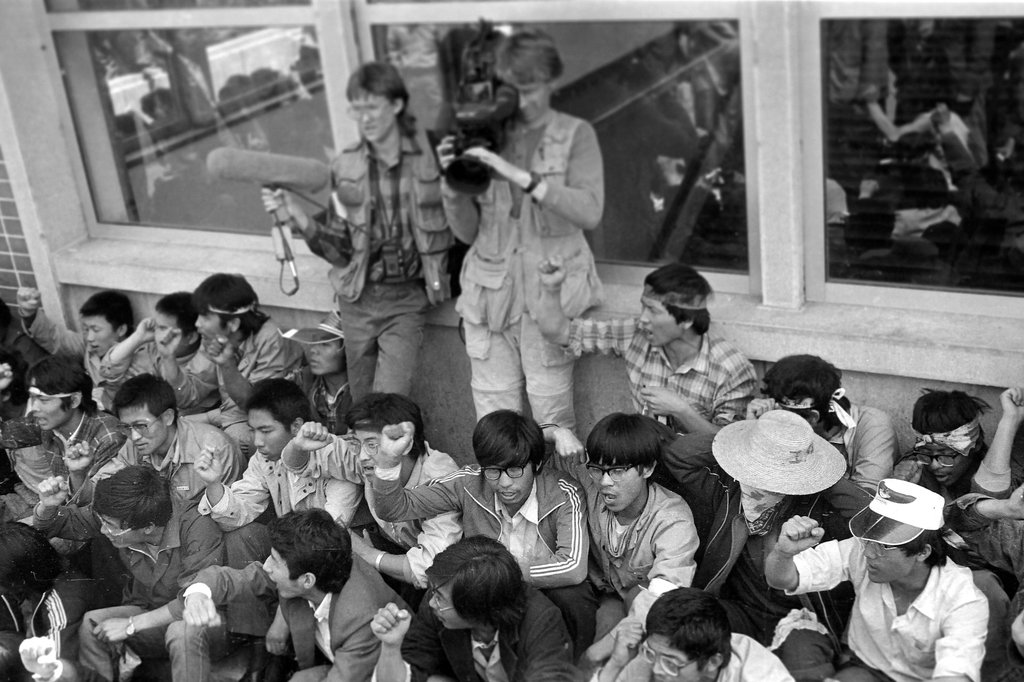 The real news does not travel fast in this Communist country, at least through official channels. So when the streets here swell with protesters, people all over China tune in the Voice of America.

During the turmoil of recent weeks, people in offices, factories and schools throughout China have clustered by the radio to listen to the latest episodes in the saga of student protest. At Beijing University, students huddle around posters that report the latest Voice bulletins, and the other day, hundreds of students crowded around a dormitory window listening to a dispatch.

The United States Government radio network hardly competes with China’s Central People’s Broadcasting station, which probably has the largest number of listeners in the world. But during times of unrest, China’s news organizations tend to be silent about what many Chinese people are most interested in, sending waves of would-be listeners to the American competition. [Source]

See also an opinion piece in the New York Times by A.M. Rosenthal from the same day:

Hundreds of thousands of people march in the streets. The police are pushed back, and a Government shakes in fear of its own citizens.

The people march for the right to talk and think and write, and to vote. They shout for the things the United States has told them and the rest of the world it holds dear as life itself.

The United States Government does nothing. From time to time, it mumbles a low-level word of sympathy. But most of the time it just coughs into its hand.

Now why is this? Why is American policy so tender of the sensibilities of the Chinese Communist Government? [Source]