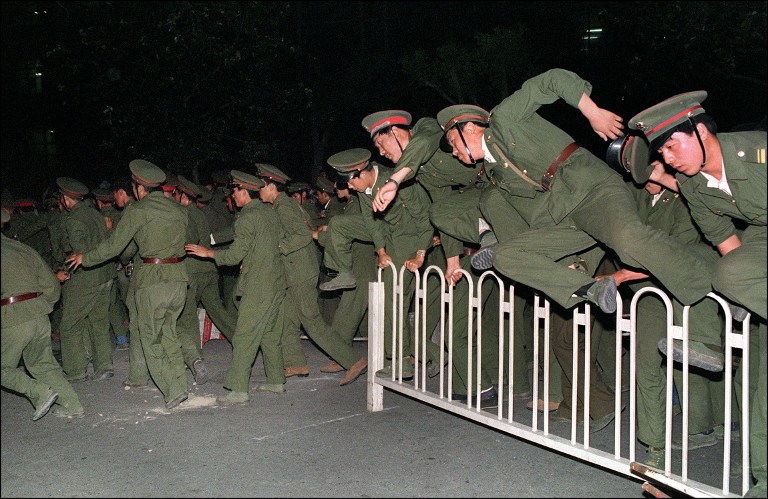 While China’s political leaders have removed themselves from sight to engage in a bitter struggle for power, there are signs that the military may be accumulating a larger role in the Chinese political process.

It is still too early in the power struggle to determine the consequences of the political crisis, but some scholars and diplomats see the outlines of two trends: a greater military influence during a prolonged period of political instability, and less certainty that the army will carry out orders from political leaders.

Some fear that the leadership may increasingly be vulnerable to military pressure, and even to a coup. But they say that the army is genuinely trying to become a more professional organization and that it may not be interested in taking advantage of weakness in the Government.

”The military gains strength whenever the political leaders depend on them to tackle unrest,” said an Asian diplomat in Beijing. But he and other diplomats noted that there were competing trends and that the military may not necessarily want to play a pivotal political role. [Source] 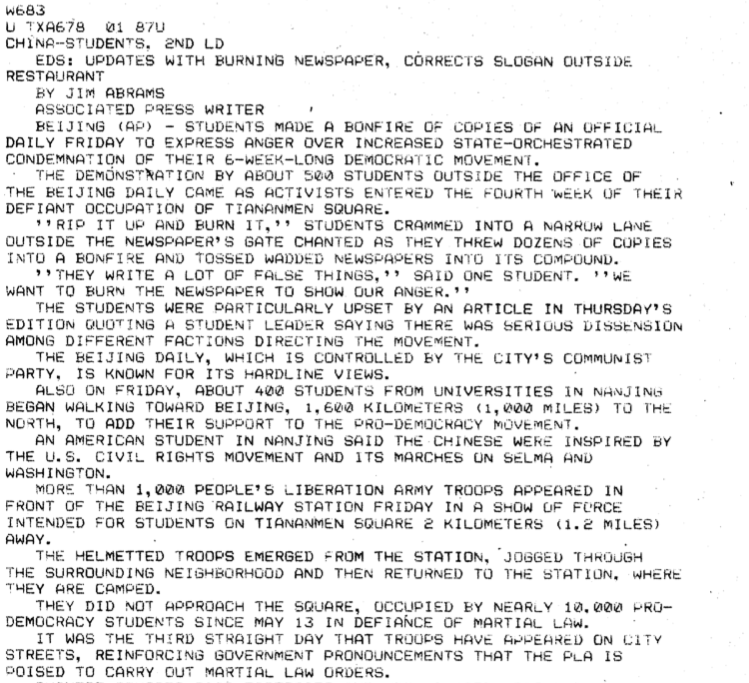 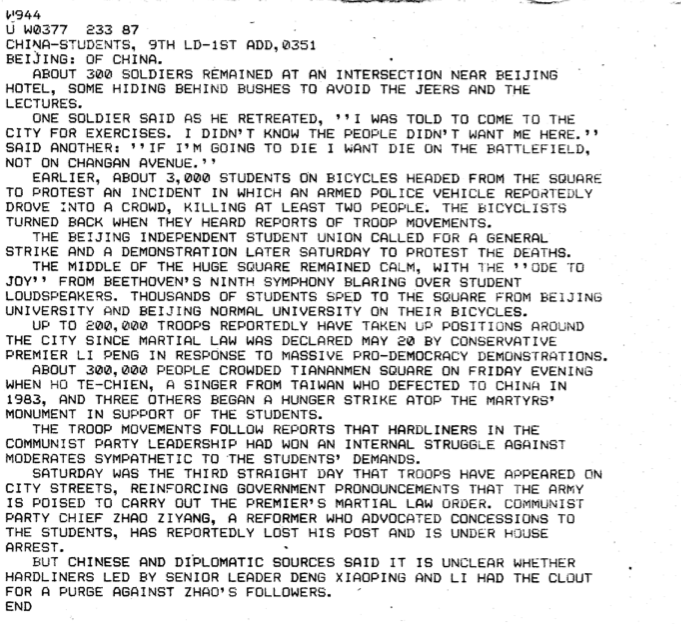 A banner on Tiananmen Square reads “Not Finished” (via CND)