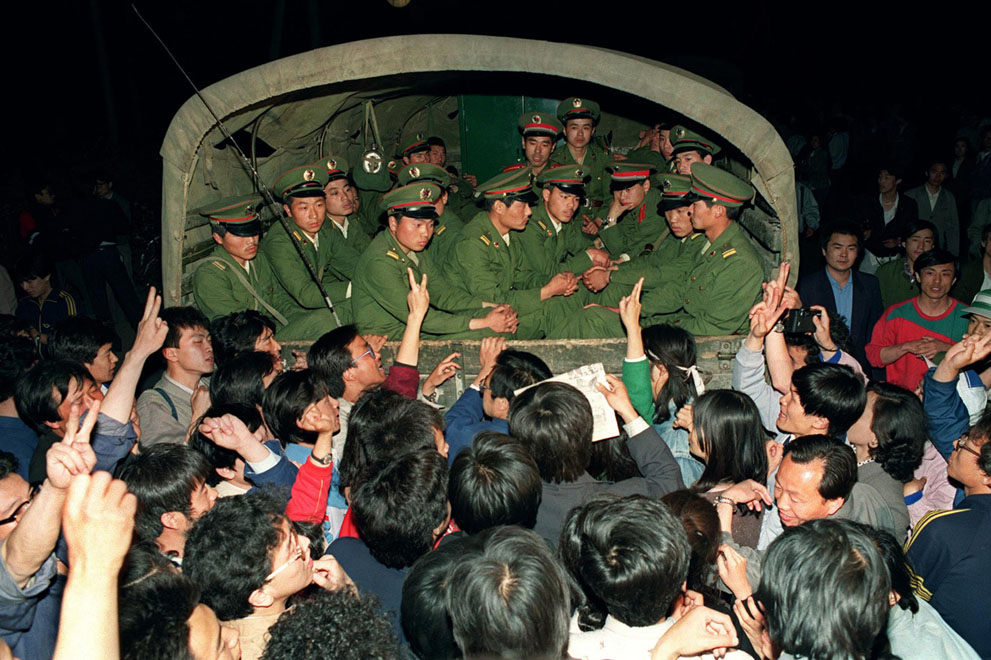 The following photos were taken on Tiananmen Square on June 3, 1989, as protesters tried to block army troops who entered the square (via CND):

See another photo of soldiers sitting in front of a crowd of protesters, via the Los Angeles Times.

Tens of thousands of Beijing students and workers surged onto the streets early this morning to turn back more than 2,000 troops who were marching toward Tiananmen Square.

It was the biggest outpouring of citizen support for the demonstrating students in more than a week, and it seemed possible that it would rekindle the student movement and present a new challenge to the Government.

The confrontation underscored the fragile and volatile nature of the situation in Beijing just when the turmoil here seemed to be subsiding after seven weeks of demonstrations by students and workers for democracy and against corruption.

Students and local residents were convinced that the army troops planned to clear Tiananmen Square, which students have occupied for three weeks. All along Changan Avenue, the main east-west thoroughfare, local residents emerged in the pre-dawn hours to block nearby intersections and prevent troops from passing, after more than a week in which the streets were clear of such roadblocks. [Source]

See The Atlantic for more photos of events that took place over the course of the demonstrations.