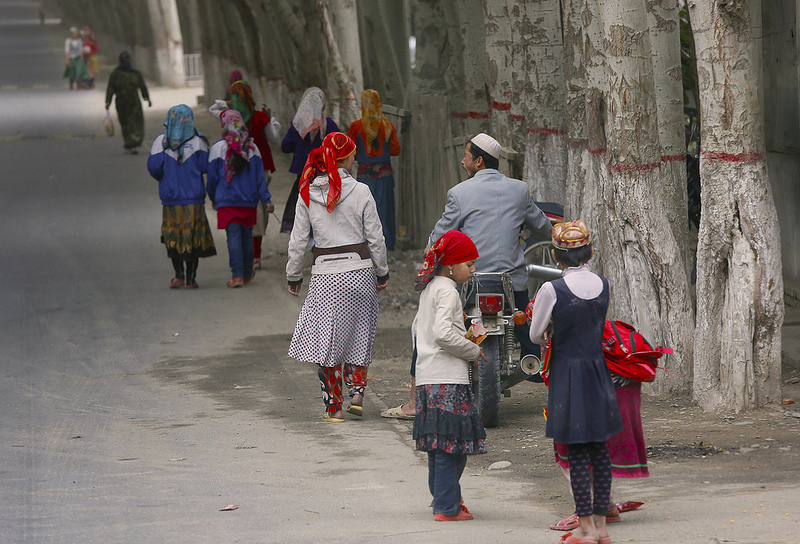 China has been condemned internationally for the forced internment of an estimated one to 1.5 million Uyghurs in political “re-education” camps in Xinjiang. Beijing has consistently invoked a counter-terrorism narrative to justify the existence of the camps and the accompanying campaign to eradicate Uyghur identity, citing the need to control the spread of Islamic extremism and separatist movements. CNN’s Ben Westcott reports that a visit to Xinjiang last week by Russian diplomat Vladimir Ivanovich Voronkov, the Under-Secretary for the United Nations Counter-Terrorism Office, has garnered heavy criticism from human rights advocates and Western governments, who fear Beijing will use the trip to reinforce its war on terror propaganda.

Voronkov finished a three-day trip to the region on June 15, and issued a statement in which he said he met with local officials in Urumqi and “briefed on the implementation of the UN Global Counter-Terrorism Strategy.”

There was no mention in Voronkov’s press release of the estimated two million Muslim majority Uyghur who, according to the US State Department, have been held in mass detention centers in the far western region.

“Voronkov’s departure statement conveys no concern about Beijing’s abuses of Uyghurs and makes no reference to UN High Commissioner for Human Rights Michele Bachelet’s request for unrestricted access to the region,” she said.

“It didn’t even challenge China’s narrative that the problems in Xinjiang are ones of terrorism, rather than human rights abuses.” Richardson said the UN had empowered Beijing, “at the cost of Uyghurs’ human rights.” [Source]

The controversial visit by Voronkov marks the first high-level visit by a U.N. official to Xinjiang. The trip risks overshadowing travel plans by United Nations High Commissioner for Human Rights Michelle Bachelet, who has repeatedly sought access to the region to investigate reports of disappearances and arbitrary detentions.

China’s foreign ministry announced in a statement that local officials and Voronkov had reached a “broad consensus” during his trip, suggesting the UN was supportive of the country’s counter-terrorism efforts. From Ben Blanchard at Reuters:

The two sides “had a deep exchange of views on the international counter-terrorism situation and counter-terrorism cooperation between China and the United Nations, and reached a broad consensus”, the ministry said, without giving details.

China and the world need to stand together to fight terror, and China supports the work of the United Nations Counter-Terrorism Office, the statement added. [Source]

US deputy secretary of state John Sullivan spoke with UN secretary-general António Guterres on Friday “to convey deep concerns” about Voronkov’s trip because “Beijing continues to paint its repressive campaign against Uighurs and other Muslims as legitimate counterterrorism efforts when it is not”.

“The deputy secretary expressed that such a visit is highly inappropriate in view of the unprecedented repression campaign underway in Xinjiang against Uighurs, ethnic Kazakhs, Kyrgyz, and other Muslims,” the US State Department said in a statement.

“The UN’s topmost counterterrorism official is putting at risk the UN’s reputation and credibility on counterterrorism and human rights by lending credence to these false claims,” the statement said.

[…] “China will, and is, actively saying that what they’re doing in Xinjiang is good terrorism prevention,” said a UN security council diplomat, speaking on condition of anonymity.

“The visit by Voronkov validates their narrative that this is a counterterrorism issue, when we would see it more as a human rights issue,” said the diplomat, adding that if Voronkov did not speak out after visiting Xinjiang then “silence could be seen as implicit acceptance, at worst UN complicity”. [Source]

Although several countries including Britain have joined the U.S. in objecting to the trip, others have been reluctant to stand up to Chinese pressure. At Foreign Policy, Vanessa Frangville and Rune Steenberg look at how the Belgian Embassy in Beijing compelled a Uyghur family to travel to China for their visa application despite knowing the danger it posed.

Tursun fled to Belgium, where he was granted asylum in 2018 and now works full time in a major Belgian company. He immediately began the process of applying for a Belgian family reunification visa for his wife and four children. The visa application included a letter describing the family’s situation as critical, stressing the risk such an application put them in and the need for discretion.

Despite repeated requests by the family to simplify the visa proceedings in order to reduce this risk, the embassy insisted on them making two trips to Beijing. By itself, this put the family in danger: Uighurs traveling outside of Xinjiang are inherently seen as suspicious, monitored by police, and often detained at airports or stations.

On May 26, Tursun’s wife, Wureyetiguli Abula, and their children (who are 5, 10, 12, and 17)  secretly flew from Urumqi to Beijing for the second time to complete the visa application and hand in the last documents to the Belgian Embassy. They arrived on a late-night flight to avoid the airport police and checked into a hotel. Since Uighurs are routinely refused service from hotels, and their visits are often reported to the police, the hotel was pre-booked by a friend. Still, less than an hour after their arrival, after they were forced to show ID to register there, the Beijing police knocked at their door and interrogated them. Police officers came again the next evening, intimidating them and encouraging them to return to Urumqi.

[…] A long discussion ensued, and security staff ushered the family out into the embassy’s yard, where they lingered. At 2 a.m., the embassy called the Chinese police to the embassy facilities in order to remove the family. This is an extraordinary measure, only allowed in the most exceptional of circumstances.  Abula and her children were taken to the local police station for a short interrogation by Xinjiang police, who had traveled to Beijing, and the officers tried to convince them to leave the capital. [Source]

BBC reporter John Sudworth was invited on a government-sponsored tour of one internment camp in Xinjiang, and provided rare footage of the camps while also interviewing former detainees about their experiences:

Elsewhere, VOA reports that prominent Uyghur writer Nurmuhammad Tohti has died at an internment camp in Xinjiang after being brought there by state authorities from his home last year. He had been suffering from diabetes and heart disease.

To learn more about the current situation in Xinjiang, listen to a Foreign Exchanges podcast interview with University of Washington’s Darren Byler.